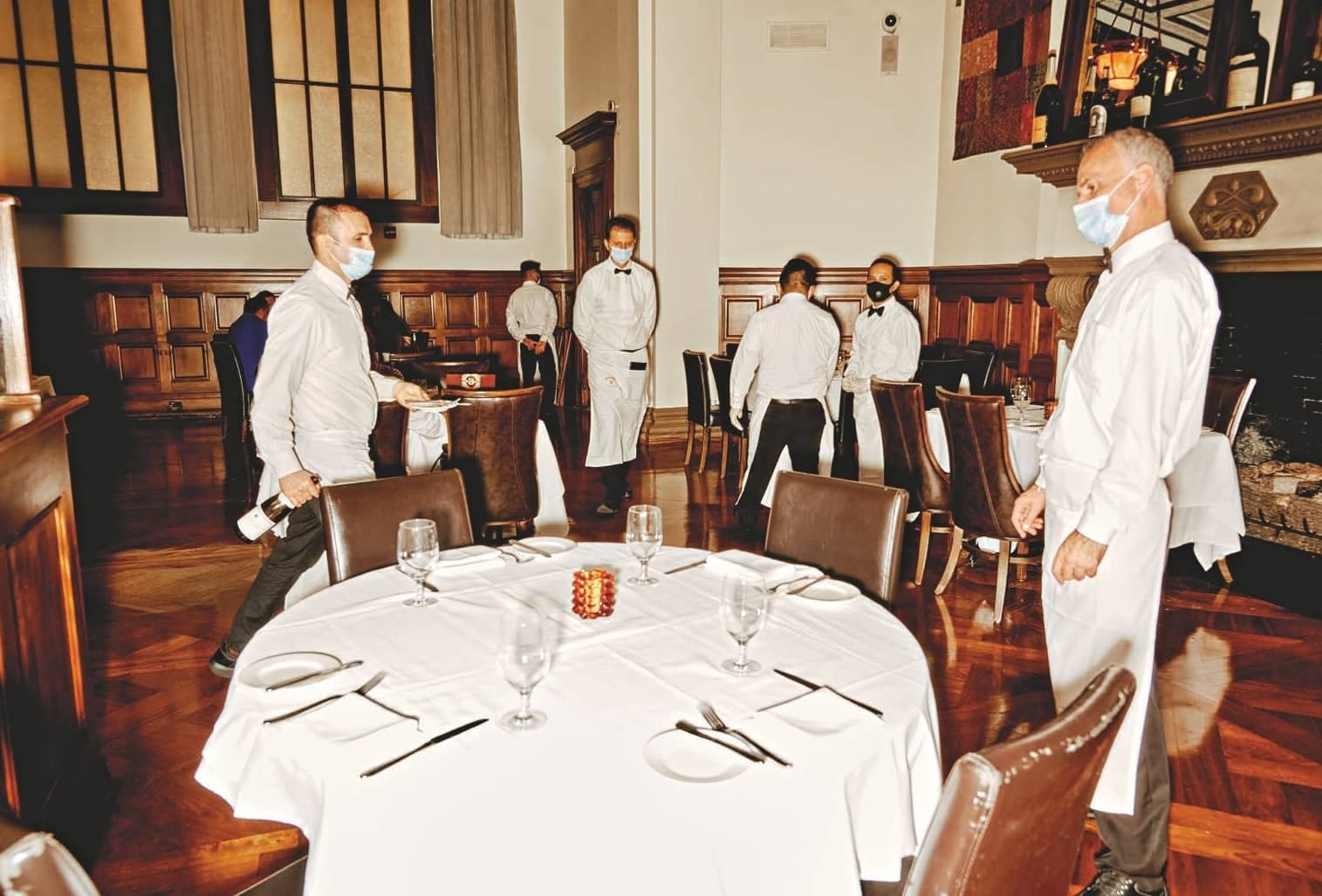 When it’s back, the city will be too.

WHEN HE’S FEELING low about his little corner of that restaurant ecosystem called midtown, Paul Denamiel does what many of us are prone to do during these sideways times: He thinks about the good old days. His family enterprise, Le Rivage, which opened in the ’50s among the gin joints and dive bars clustered west of the Theater District, on the stretch of 46th Street now known as Restaurant Row, hasn’t been reviewed for a while, or breathlessly blogged about, or patronized by members of the haute Broadway celebrity set. But over the years, Bruce Spring steen has been in for a taste of the sturdy French cooking, and Madonna has too. On good days, which were most days, you could set your watch by the different crowds—the matinee crowd, the pre-theater dinner crowd, the post-theater regulars—who would keep the snug townhouse dining room busy until after midnight.

“We were full most evenings, and on the big nights we pushed capacity so we could do maybe 300 covers,” Denamiel says with a sigh. Since reopening outdoors in June, Le Rivage rarely does 300 covers in a week or two, let alone in a single evening, and even with the latest vaguely upbeat developments (the beginning of limited indoor dining, the push for year-round outdoor tables), he doesn’t see that changing in the near future. These days, his longtime manager, Gigi, stands out on the curb dressed in her mask and latex gloves, trying to lure stray customers off the sidewalk like at a tourist-trap restaurant in Marseille or Morocco. Denamiel ticks off the names of all the places on the block that have closed and of other venerable establishments, like Orso and Joe Allen, that haven’t reopened yet. “This part of town is all about the buzz and the crowds,” he says. “Until they come back, it’s basically a disaster.”