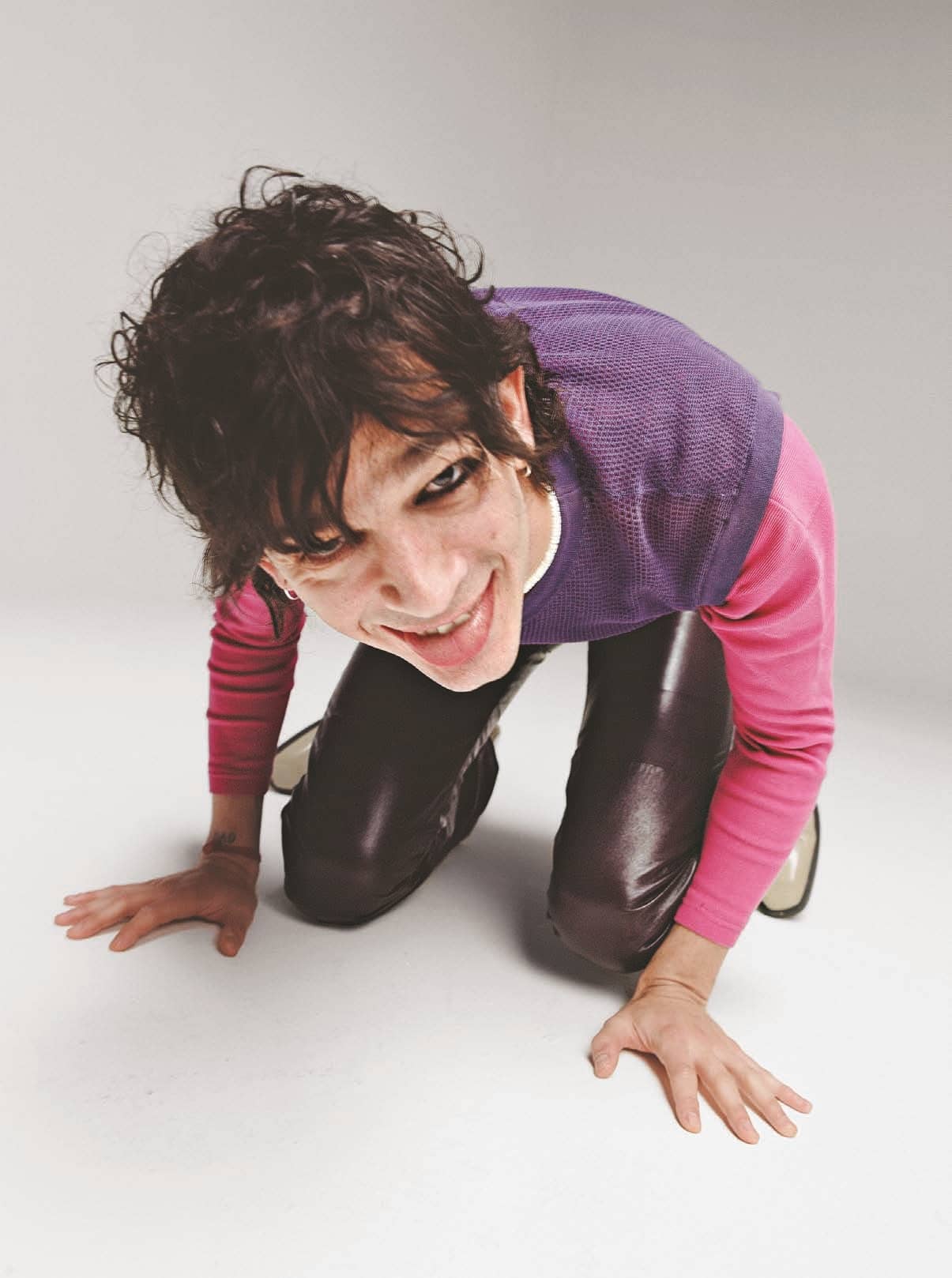 As the planet reels in anxiety and grief, Matty Healy sounds surprisingly calm, almost as if he’d expected this, or certainly hadn’t been entirely surprised by it. “It is a very, very odd time,” he says over the phone from the recording studio in the English countryside where he’s been quarantining with the drummer-producer George Daniel, his bandmate in the 1975 and principal creative collaborator. And yet “I don’t feel lonely in this,” Healy adds. “That can be one of the things I really struggle with. But I feel like we’re all in this together. Humanity is quite engaged at the moment.”

It’s as if all the disquietude that’s bedeviled him and fueled his creativity has found its match in this current moment. Healy has always tackled big issues (climate change, mental health, politics) through pop music, and his band’s latest, Notes on a Conditional Form, out May 22, is a wildly ambitious exploration of existential anxiety. Healy, 31, is a clever pop mind, and the 1975’s music feels like a scavenger hunt through his subconscious. That intimacy with his own angst is partly why his just-as-angsty young fans love and obsess over him (his lanky rockstar looks play a role in this too).

It’s no secret that he’s used narcotics. Slow-down-and-numb drugs, anything that knocked him out. He was “never the cocaine-y party guy at five in the morning,” he says. “Unconsciousness is my drug of choice.” He feels too awake to too many things: Heroin was a means by which he could tamp down the endless timeline of discontent unfurling in his head. But he has a way of making even smoking heroin sound like a chore. “You’ve got to wake up in the morning, smoke it again, keep smoking it all day, until the next day, and maybe then you can start falling asleep and not feeling sick,” he explains methodically. “But if you just smoke it at night and go to bed … Ugh, so bad. You’ll wake up with the worst hangover ever. And I can’t deal with hangovers.”

When I first met him in November, backstage before a 1975 show in New Jersey, he still had the floppy brown curls he’s since cut off and was wearing a floor-length floral dress and green Chuck Taylors. At that point, climate change was Healy’s big-picture melancholy. He told me then that “if the world does go to shit, I’ll just fucking do drugs.” With the world, in fact, going to shit, he admits he was tempted. “It felt like an excuse to be high all the time,” he says. “But I’ve managed not to.” He’s gained a sense of mission. “We need to sacrifice things; there’s no room for passive shit anymore,” he continues. “And that means adhering to the necessities of the planet. It’s a new time now.” From one of rock music’s most notorious egoists, this sounds a little like perspective.

DANIEL AND HEALY STARTED playing music with two other high-school friends, guitarist Adam Hann and bassist Ross MacDonald, in 2002. Before they settled on the 1975—the name doesn’t specifically have a meaning—they called themselves a few things; Me and You Versus Them, Drive Like I Do. This was in the small English town of Wilmslow, an upscale suburb of Manchester.