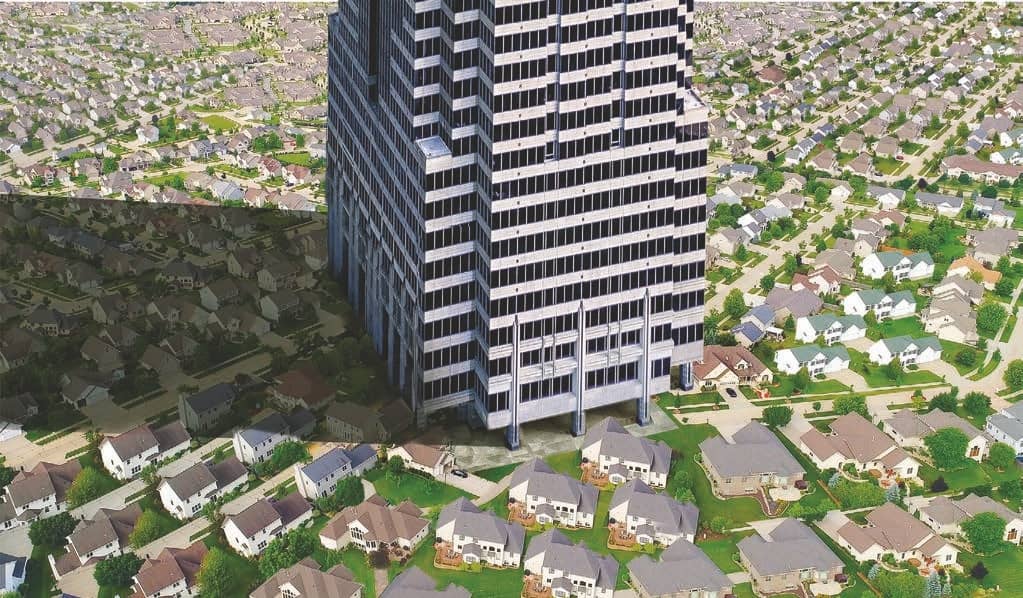 America Times Three A population of a billion would (maybe?) solve all the country’s problems.

THE UNITED STATES is not “full.” In fact, it is empty. Right now, the country has about 93 people per square mile. Many, many countries are far denser than this, and not just city-states like Singapore (more than 20,000 per square mile) or small island nations like Malta (3,913 per square mile). South Korea has 1,337 people per square mile, and Belgium has 976. If you tripled the population of the United States, adding the new Americans only to the Lower 48 and leaving Alaska and Hawaii intact and unchanged, the main part of America would be only about as dense as France and less than half as dense as Germany.

A transformation on that scale is almost impossible to imagine, in large part because the American political system has fallen into a state of torpor and dysfunction driven by, among other things, the absence of the shared sense of purpose that once bound the national experiment. But while contemporary politics is terrifying in certain ways, it has also opened up again the possibility of goals, and projects, and ideas—probably the biggest opportunity in a generation for new ideas to take hold. So here is one big one: a billion Americans.

When America faced down Nazi Germany and the Soviet Union, we were the big dog. We had more people, more wealth, and more industrial capacity. (Back in 1938, the gross domestic product of the U.S. alone was larger than that of Germany, Japan, and Italy combined.) But against China, we are the little dog: There are more than 1 billion of them to about 330 million of us. Chinese people don’t need to become as rich as Americans for China’s overall economy to outweigh ours. If they managed to become about half as rich as we are on a per person basis, like the Bahamas or Spain, then their economy would be far larger than ours in the aggregate. To become one-third as rich as we are, like Portugal or Greece, would be enough to pull even. To stay on top, we probably need to grow the country threefold—to one billion Americans.

Conservatives argue that the country can’t take more immigrants—that it should effectively close its borders or, at the very least, restrict immigration to a trickle. Progressives tend to disagree, even while being inclined to say that the particular towns and cities they live in should be preserved as is, opposing any further real-estate development as a pernicious disruption. Meanwhile, America’s birthrate has slipped to a historic low, and nobody in the political mainstream seems to think we can or should do anything about it. But a three-to-one advantage in population is really hard to overcome. Thankfully, tripling the size of the nation is something that is in our power to achieve. It would just require more immigrants and more programs to support people who want to have additional children.

Of course, if we had a lot more people, we’d need to adjust a number of other things to make sure they had jobs and places to live. Housing shortages are common in many parts of the country, but the tools to surmount them are easily available and—like immigration—would cost taxpayers nothing. Providing adequately for America’s families—by offering not just paid leave but financial assistance, preschool and after-care services, reasonable summer programming, and affordable college for all qualified students—would cost money. But it would greatly benefit America’s children and make it much easier for middle-class people to have the number of kids they say they want.