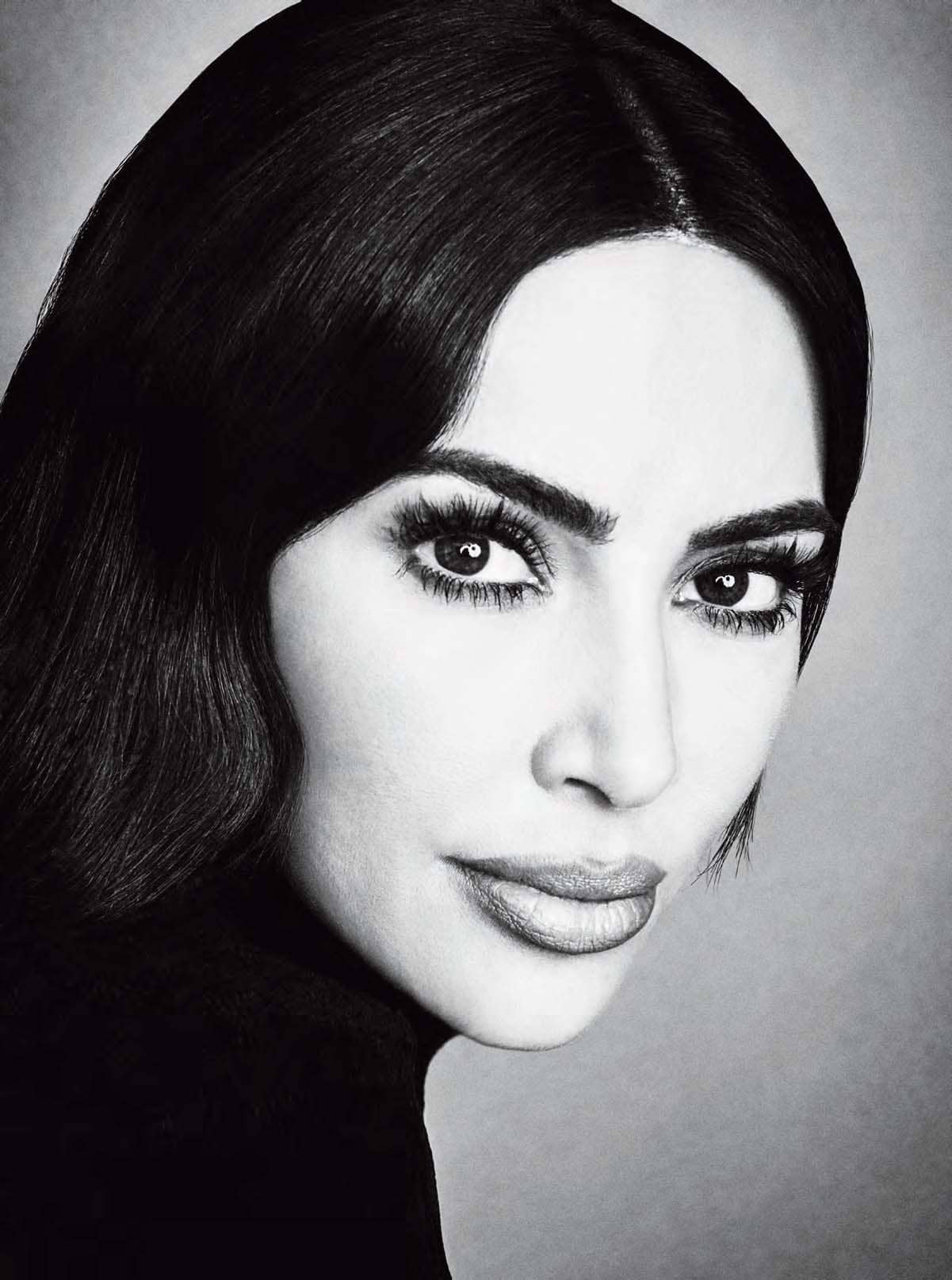 Exactly one month after Keeping Up With the Kardashians wrapped its first season on E!, Senator Barack Obama won the Iowa caucuses. Both would become juggernauts, setting the tone for much of the coming decade. Kim Kardashian West, the show’s star, not only understood the changes that were just beginning to disrupt much of the culture; she herself demonstrably shifted it, altering the way we understand fame and even the internet. And by filtering her own very particular reality through technology, she utterly changed the beauty business and also our idea of what a mogul is. Meanwhile, the Kardashian-Jenners presented a fascinating version of the modern blended American family, one that started conversations about everything from trans rights to mental health to addiction to cultural appropriation at what seemed like every dinner table in America. When I visited her at the minimalist palace she shares with her husband, Kanye West, and their four children in the gated community of Hidden Hills in Calabasas, California, there was a small army of men out front wrapping thousands of tiny white Christmas lights around trees lining the driveway. Inside the front door, I took off my shoes and padded along the endless hallway to the kitchen, where I found Kardashian West, dressed in jeans and a long-sleeved T-shirt, seated in the breakfast nook and drinking a glass mug of milky coffee. The island in the kitchen was resplendent with still-hanging-on floral arrangements sent for her birthday, October 21.

I just recently got into politics, and I wouldn’t even say I’m into politics, but just really aware of politics. For some reason, at the end of this decade, it’s such a hot topic—I think in the pop-culture realm too. With Obama, our first black president, that was the first time that I voted. That was such an exciting time, so different. To me, though, my decade is mapped out by my TV show: What was I doing seasons one to five, five to ten?

I remember exactly where I was. I was in New York City filming Kourtney and Kim Take New York. I was single. We were going to go to Vegas to celebrate my 30th birthday. My sisters saved up and got me these silver crystal-spike Louboutins that I dreamed of and would never have spent that much money on. And I wore this strapless silver dress, with long hair, and we partied and did a nightclub in Vegas.

Another way that I measure my timeline, which is really ridiculous to a lot of people, but it’s my reality, is my glam periods. In the beginning of the decade, I was always wearing Louboutin heels. It was always about big, wavy hair, parted down the middle. We were doing everything as sisters at that point. The trio of Kourtney, Kim, and Khloe. Always leopard dresses and skintight Hervé Léger, shopping at Intermix. And then I began kind of elevating from that. I didn’t know who Carine Roitfeld was. I didn’t know any of that until I’d say, like, 2012, 2013, when I met Kanye. Well, not met, but really connected with him romantically.

Your first perfume came out in 2010. When did you realize that you had become a big business? That you were a mogul?

I will say about fragrance: That was always my mom’s and my No. 1 goal. We had dreamed of fragrance since the day we ever dreamed of anything. Elizabeth Taylor. You’ve made it.

Was there a moment when you realized that your endorsement was a powerful thing?

Yeah. Um. My mom might know if you want me to call her, just to get you a really specific thing. Don’t write, like, “She had to call her mom.” I mean … You could, it’s funny, but—

[Calls Kris Jenner] Hey, I’m sitting here in an interview, and the question that he’s asking me is “Was there a specific moment when I realized that I was worthy of an endorsement?” Like, it would blow up if I said I liked it. Kind of like when Kylie said, “Snapchat sucks.” And then it tanked. I would honestly maybe say Dubai at the milkshake thing … Yeah. Yeah. Okay … I mean, I’ll put it on speaker, but …

KRIS JENNER: I remember it like it was yesterday. We were at the Super Bowl in Miami in 2010. And we had to go somewhere, and we couldn’t leave the space without literally 12 GI Joe guys, and they all were armed with rifles. Then we went to the field and it was the craziest thing. We saw huge stars all around us, and nobody needed the kind of security we did. And that’s when we knew that our lives had really changed.

KIM KARDASHIAN WEST: I’m going to tell him about Dubai because that’s what came to mind for me.

So I’d say 2010, 2011 was like, “I’ll do anything.” Cupcakes, milkshakes. So I go to a milkshake place in Dubai, thinking, Oh, it’s just, you know, some little milkshake store. Maybe like 250,000 people showed up to the Dubai mall. 2 I had never seen anything like it before. We had to sneak out the back. I mean, I took videos of the thousands, hundreds of thousands of people at the mall in Dubai. My mom and I looked at each other—because I made her come with me—and we were like, “Holy shit. What is going on? A milkshake place?”

What else has changed since 2010? There’s a sense I have that you’ve been dressing a little less sexy recently.

I saw this whole thing where it’s like, “She’s so demure, and she’s covered.” And I was like, “Guys, I had a shearling coat on and a turtleneck because it’s freezing.” But I think I have a little bit. I don’t know if it’s the fact that my husband has voiced that sometimes too sexy is just overkill and he’s not comfortable with that. I listen to him and understand him. Still, at the end of the day, he always gives me the freedom to be and do what I want. But I have kind of had this awakening myself. I realized I could not even scroll through Instagram in front of my kids without full nudity coming up on my feed pretty much all the time. And I definitely contributed to that. I mean, one of my most iconic covers was the Paper magazine 3 one, when I was all oiled up and ripping my dress off. I also did think, like, Okay, I’m here in the White House 4 and then the next day I was posting, like, a crazy bikini selfie. And I was thinking, I hope they don’t see this. I have to go back there next week.

How has your relationship with Kanye evolved?