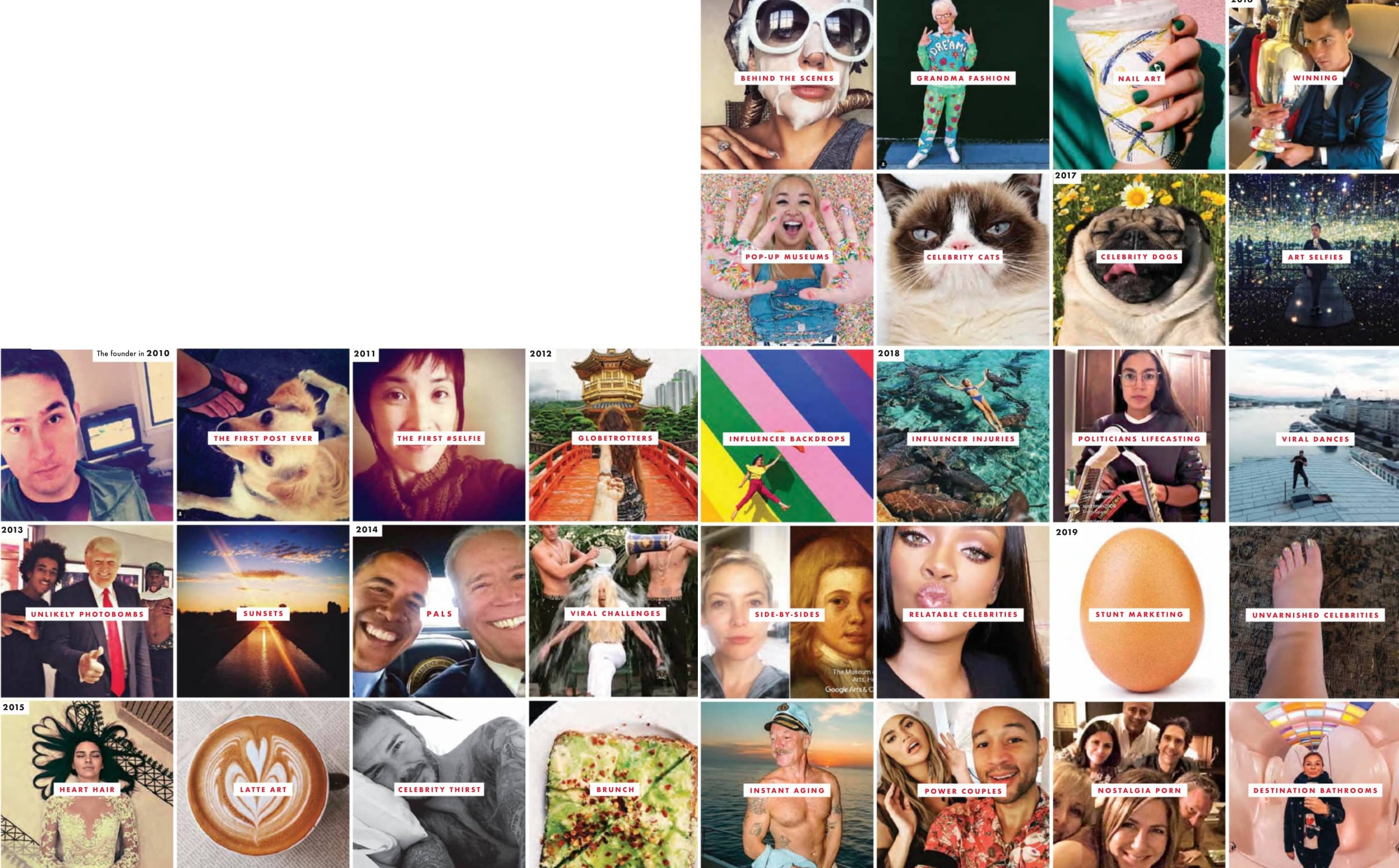 The man who unleashed Instagram on the world stands six-foot-five-inches tall and has the careful demeanor of someone who knows people are listening closely to what he’s saying. Talking to him, one gets the sense that he’s a step ahead—that for him, conversation is a game and he’s mapping out potential outcomes. That’s why, for example, he won’t be baited into reckless proclamations about impending class wars or Mark Zuckerberg’s complicated relationship to politics. At the same time, he possesses the excited curiosity of a kid discovering the solar system. This is a man who co-founded a company at 26 that made him a billionaire by the time he was 32 (today he’s 35). Even after a decade that has left many people confused by the role of social media in our lives, Kevin Systrom holds fast to the original premises of Silicon Valley: Technology can improve our lives, connecting people helps humanity, and tech guys aren’t just in it for the money.

It’s really strange to me to walk down the street and see people using a product that I remember very clearly making. When we launched, 1 I think it was 24 hours later, there was someone using the subway on the way home. I was blown away. But we didn’t set out to change the world; we just set out to make a good product. We got fairly lucky in that, it turns out, what we wanted, a lot of other people wanted. That’s not lost on me, but it is kind of lost on me.

One recent concrete example of how it changed culture is that I went to a music show and they confiscated our phones.

Yeah, I went to a comedy show once, where they put them in these secret bags.

There’s a club I like to go to, and they literally said you cannot use Instagram in this club. The owner said, “It’s really, really disruptive to the experience of being here.” Do people ever complain to you?

All the time. But they just want a verified badge. They don’t complain about the product, no.

Really? No one ever says to you—

You’re mentioning people retracting from Instagram in some way. I see that as kind of like hip coffee shops that ban Wi-Fi because they want more conversation. I get it. But it also is the other way. You walk into any museum today: Ten years ago, they banned photography; now they’re like, “No, take photos of yourself with the art. It’s great publicity.” 2 Fashion shows, now they’re literally designed to be an Instagrammable event. There are restaurants whose dishes are effectively plated to be Instagrammed. 3 I got a front-row seat to watch that transformation. I remember signing the pope 4 up for Instagram and thinking, Wow. A couple of guys can create something and, in a few years, shift the world in some meaningful way.

Yeah. I went to Vatican City twice. The first time was to present the idea. I explained why, no matter who you are, if you have something to say, Instagram’s the place to do it. He said, “Well, my team will look at this and give me their decision. But they’re not in charge, because everyone has a boss.” He pointed at himself. He said, “Even I have a boss,” and he pointed up in the sky. I thought that was really funny. A few weeks went by, and they decided collectively—he decided they were going to sign up. They called back and said, “Can you come back to sign him up?” I was like, “Well, you just fill out a form. It’s really easy. You just click.” My COO came over and elbowed me in the shoulder and was like, “You get yourself to Rome.” We showed up, and he was finishing Mass. We had just flown in. We were bleary-eyed. He walked in, and he turned the corner and goes, “Kevin!” It was like seeing an old friend from your basketball team. It was such a fun moment for me. Just his humility and friendliness throughout the whole process was pretty awesome. We had an iPad, and it was all set up. The name was filled out. So, literally, all he had to do was click sign up.

For a while, we were pretty steadfast that we were going to be independent. In fact, we raised a venture round maybe two days before we sold the company. Then Mark [Zuckerberg] came in and effectively doubled the valuation and pitched a really compelling version of the future where we could work together on creating this thing, but it would stay independent and we would get to build it. The goal was not to sell the thing. We had tons of interest from folks along the way, and we just said, “No, thank you.” Basically Facebook just came in at the right moment. Really, we saw it as a way of accelerating the success of Instagram.

The idea of scaling has exploded in the past decade—even just the transformation of what you sold Instagram for, $1 billion, versus what it’s worth now, $100 billion. How do you even wrap your mind that?

We’ve entered a world where there’s basically zero marginal cost to expand. In the past, if you wanted to sell another car, you had to build another car. It took a long time and an enormous amount of money. Then that car went out, and maybe you sold it, maybe you didn’t. Whereas Instagram’s kind of like—imagine you build an imaginary car. If it’s a good imaginary car, all of a sudden a billion people are using it.

You say there are zero costs, but nothing is zero cost, literally. There are, potentially, human costs or hidden costs. I think you, as a confident, welladjusted guy—

I appreciate that I fooled you.

Did you anticipate the impact it would have on audiences more prone to insecurity than you?

The people I have met and talked to, they typically express the pressure to feel like they have to put on the idea that they’re living this perfect life, that they go out every night, that they spend a ton of money, that they’re with fancy people, that they’re skinny, the list goes on. I’d say that most of the pressure is thinking, What part of my life can I share? Am I cool enough? Are my friends doing something without me? In the beginning, this was a community of photographers and designers. The idea was more that you had these creatives, and you gave them a fun, creative tool. Very quickly, it morphed as more people used it for just showing your life on the go. The one decision that I think made this a potential issue was that it was public by default, so it meant that if you were willing to share your life, people would follow. Then, the more interesting life you have, the more jealous others might become. It diverged.

While you were watching that happen, what were you thinking?

Initially, the idea was how do you maximize the number of people that use it? Facebook created that science. We adopted it, and it worked really well. The inflection point happened when we started ranking feed. Because all of a sudden, it wasn’t just who posted and when. When we started ranking feed, in 2016, a lot of people complained, but it’s very clear: People with ranked feed use it a lot more. People without ranked feed use it less. We got really, really good at ranking feed. Usage went through the roof.

So you saw this as a good thing?