In Search of Alia SHAWKAT 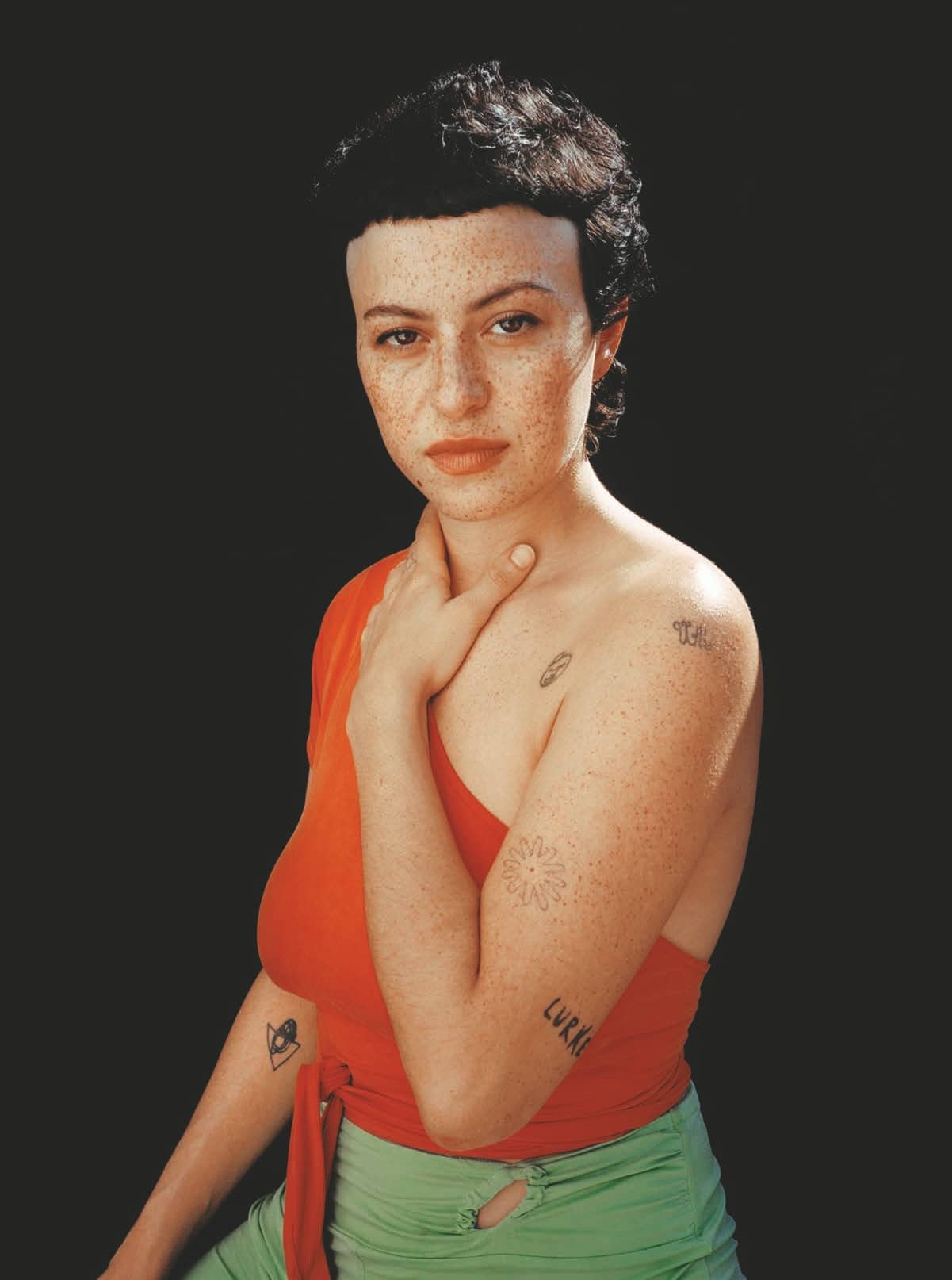 ONE MORNING LAST FALL, happily stoned and painting alone in her art studio, Alia Shawkat realized her name was trending on Twitter. Photos of the actress walking out of a Los Angeles theater alongside Brad Pitt had just been published, and both the baser and the ostensibly nobler segments of the internet were agog. “I was like, I don’t believe this,” says Shawkat in late May from her sunny Los Angeles kitchen, where she’s just woken up a little before 11:30 a.m., yanked on a bright-blue pullover, and FaceTimed me, looking glowy and a little sleepy. As she recounts the story, she alternates between smoking a cigarette and sipping a green smoothie, occasionally gesticulating with an oversize lighter. “All my friends were like, ‘What’s going on?’ and sending me photos,” she says. “I just felt overwhelmed. It’s that feeling of being naked in school, like, Oh my God, everyone’s looking at me.”

The blurry paparazzi snaps began in earnest after Shawkat, 31, and Pitt, 56, were spotted at that playhouse, at Mike Birbiglia’s one-man show, at a Thundercat concert, at In-N-Out burger, at one of Shawkat’s gallery shows, and at Kanye West’s opera. The photos would be utterly mundane—the two laugh and hug and ponder a fast-food menu—if not for the fact that Pitt’s dating life has long been dissected with the fervor of one billion unhinged scientists.

By early June, though, when Shawkat began trending on Twitter again, that frivolous sort of press seemed a preferable reality to her. In 2016, Shawkat appeared on a panel at South by Southwest, where she quoted a Drake lyric that included the Nword; last month, a Twitter user recirculated the video. Shawkat immediately apologized. “It was a careless moment, one I’m ashamed and embarrassed by, but vow to continue to learn from,” she wrote. “I regret using a word that carries so much pain and history to black people, as it is never a word to be used by someone who is not black.”

A few days after the video resurfaced, Shawkat and I FaceTimed again. Getting called out, she tells me, was “humbling in an intense way,” a disturbing reflection of herself that she couldn’t square with how she saw herself. Though the publicity resulting from the Pitt photos was annoying for Shawkat, the whole thing was ultimately positive from an image perspective—the kind of publicity many a celebrity has quite literally paid for. But the second round of public attention was painful, especially for a queer woman of color (Shawkat is half Iraqi) who has long thought of herself as a progressive ally, speaking openly about Palestine, attending Black Lives Matter protests, and, recently, calling for the defunding of the police. “I didn’t remember saying it,” she says. “I was like, ‘That’s impossible. What the fuck are they talking about?’ ”