Going Over the Line 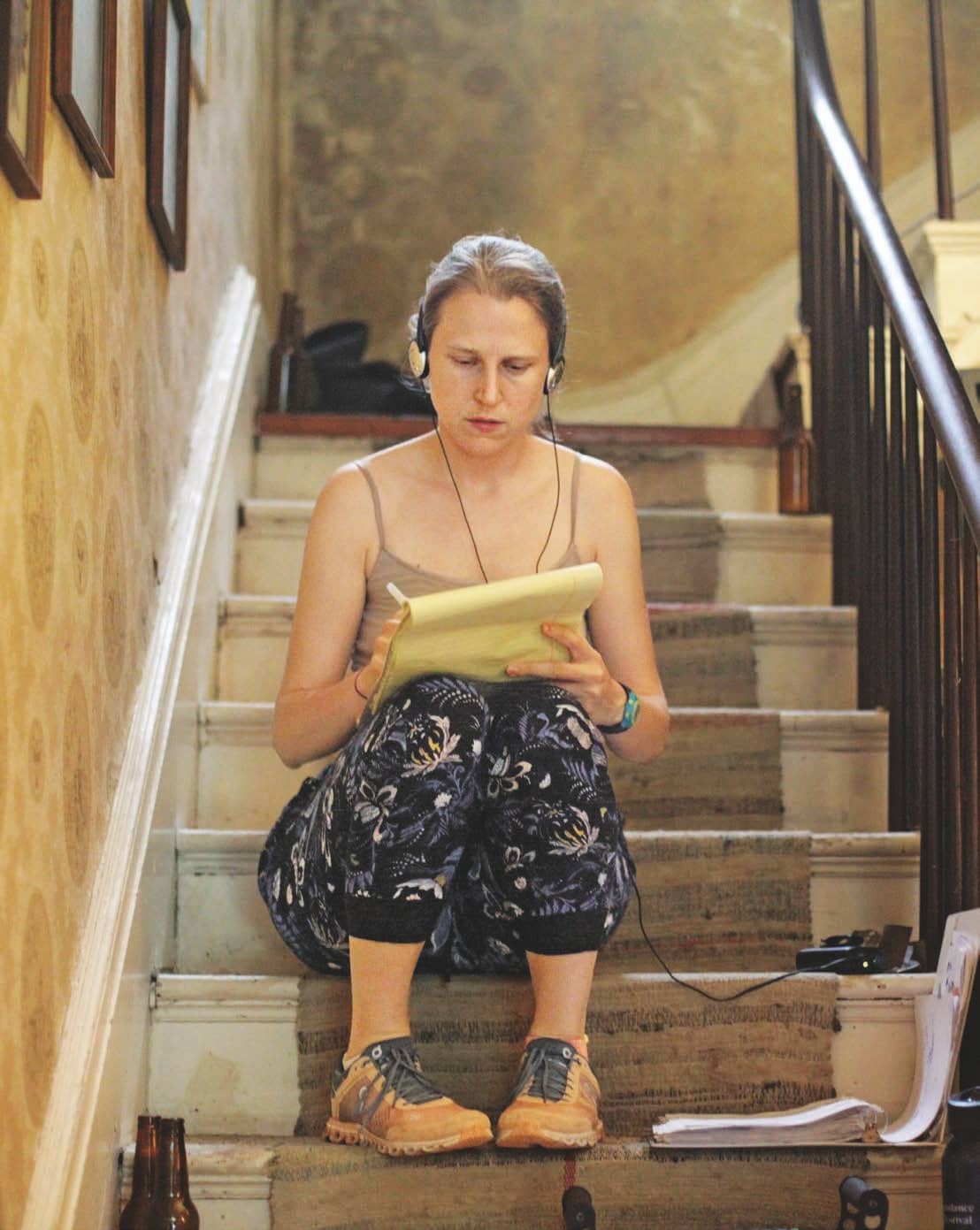 In Josephine Decker’s new film, Shirley (and in life generally), being a muse is a trap.

A DECADE AGO, ON a warm night in May, a young woman took off her dress in the atrium of the Museum of Modern Art. A murmur rose from the startled crowd. For an exhilarating moment, she stood there naked. In front of her, the renowned performance artist Marina Abramovic sat in a wooden chair, her head bowed, her white dress stretching all the way from her neck to the floor. Abramovic had been sitting in that chair for two and a half months. Thousands of visitors had taken turns sitting across from her, bathing in her gaze. But the young woman would never get a chance to take part in this singular ritual. As she began to sit, a phalanx of guards surrounded her, told her to put her dress back on, and led her away. Flustered and tearful, she tried to explain herself to a documentary crew outside the exhibition. “I would have obeyed the rule if I had known,” she said. “I just wanted to be as vulnerable with her as she makes herself to everyone else.”

The woman, Josephine Decker, was a 29-year-old SAT tutor and an aspiring filmmaker. Today, she is an actress, performance artist, and one of the most daring directors in the world of independent cinema. Her four feature films have brought her a devoted following of cinephiles, including The New Yorker’s Richard Brody, who has extolled her in terms that earlier generations of critics bestowed on the likes of Andrei Tarkovsky and Jean-Luc Godard. Her latest work, Shirley, stars Elisabeth Moss as the horror writer Shirley Jackson. Executive-produced by Martin Scorsese, who credited Decker with helping to expand “the language of cinema,” it will likely find a wider audience than her earlier, more experimental films. Still, the movie has about as much in common with an average biopic as Tarkovsky’s Solaris has with Star Wars. Most of the action takes place at Jackson’s home in Bennington, Vermont, where Jackson’s husband, the professor and literary critic Stanley Hyman, has invited his teaching assistant, Fred, and Fred’s young wife, Rose, to move in with them and help around the house. An erotic energy flows between the two women, rousing Jackson from a state of creative paralysis while threatening to break apart both marriages. Although the drama unfolds in the mid-1960s, Decker’s style of filmmaking evokes the mumblecore movement of the early aughts, which she came out of. Cinematographer Sturla Brandth Grøvlen’s camera hovers over the characters’ faces like a housefly. Scenes crash into each other without warning or exposition.

Decker lives in Los Angeles with her partner and their 6-month-old daughter. In the weeks leading up to Shirley’s release, she spoke to me from her bedroom, which was strewn with musical instruments, volumes on sex and mythology, and a copy of the Bible. Decker is lithe and pale, and she wore her dirty-blonde hair in a ponytail. As she showed me around her disorderly space, she seemed to be grappling with the two opposing impulses that animate much of her work—a desire to fully expose herself to the viewer, and a deeply rooted fear of revealing too much. “My room is so embarrassing,” she said with a laugh, turning her camera to a jumble of boxes, “but I guess I don’t get to say what you write about.” Shirley, like many of her earlier films, wrestles with questions of authorial control: Where does the boundary lie between the artist and the muse, and what happens when, inevitably, that line is crossed? In Shirley, when Rose falls under Jackson’s sway, she is destabilized while the writer is revived. Decker relates to Jackson, she told me, “in the way that you destroy yourself, and maybe destroy other people, to make your art.”