Flo Milli Is Only Going Up From Here 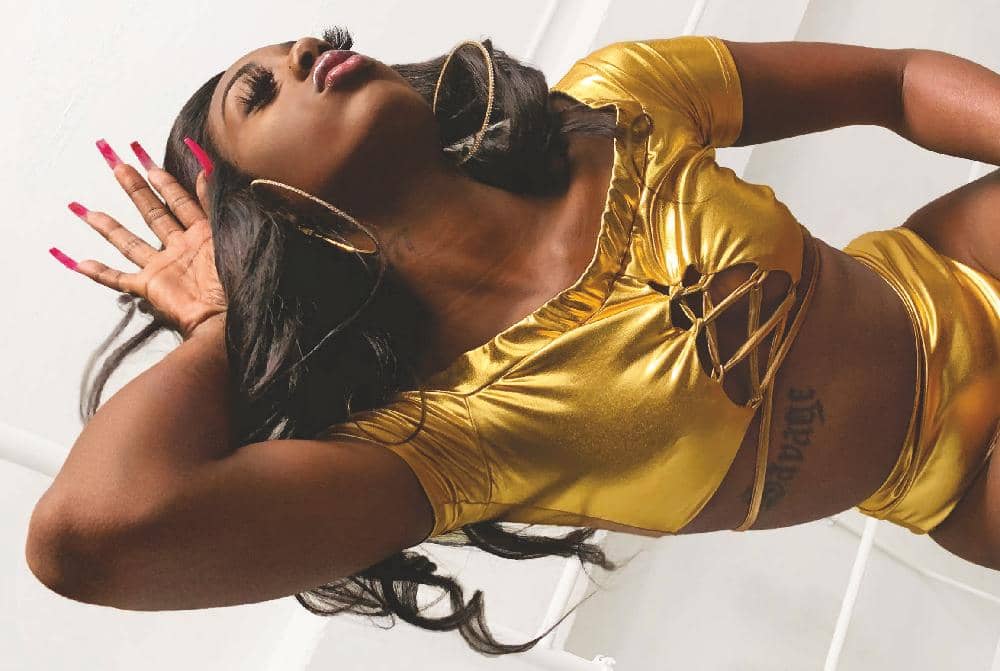 The rising rapper from Mobile, Alabama, spins rhymes that sound like schoolyard taunts.

THE RAPPER FLO Milli had given herself a deadline: She was going to be famous by 18. Not rapping by 18— famous by then. “It was like an obsession for me,” Milli, now all of 20 years old, tells me one July afternoon, dressed in full glam in her Atlanta apartment. As a tween, she’d seen Nicki Minaj rapping on BET’s 106 & Park. She’d grown up around music—the women in her family singing in church choirs, her mom playing Jill Scott tracks on the way to school—but Flo (real name Tamia Monique Carter) didn’t trust her own singing voice. She decided to get a pen and paper and be a rapper instead. College was a backup plan she didn’t want to explore: “I was praying to God, like, ‘God, please don’t make me a doctor or anything. I want to be a rapper!’”

She missed her deadline by a year. Her viral song, “Beef-FloMix,” got her signed to RCA Records, a division of Sony Music Entertainment. Last month, she released her first mixtape, a 12-song project titled Ho, Why Is You Here? At least three of the tracks are already internet popular: “BeefFloMix,” the raunchy “In the Party,” and “Weak,” which takes a classic lovelorn SWV song and turns it love-annoyed: Instead of singing about a man’s dizzying effect on a woman, Flo Milli raps about being bored of easily manipulated men. “I feel like, as young women, you deal with haters, you deal with insecure men. Sometimes you just have people trying to bring you down. So it’s like, ‘Ho, why is you here?’ ” she says. “Are you contributing to my success, or are you, like, taking from it?”

Nothing has contributed more to Flo Milli’s success than the opening rhyme scheme on “Beef FloMix.” She raps with the disarming, cutesy facetiousness that has become her trademark. It’s playfully schoolyard, a cool girl’s “na-na na-na booboo”–style taunt; it’s a mantra and a meme all in one. “I like caaaash and my hair to my ass! / Do the dash, can you make it go fast?” she asks. “Fuck the fame, all I want is them bands / If she keep on muggin’, I’ma steal her man!” The lines are punctuated with single-word ad-libs, like audible notebook paper scribblings passed during class. In its music video, her lean frame twerks in a convertible, lounges with girlfriends in a Crayola-colorful backyard, flips hair long enough to dust the top of her booty shorts’ belt loops. She smiles to reveal a mouthful of braces. The song is a remix of a years-old Playboi Carti tune; Flo’s version has gained nearly 9 million views on YouTube—twice what his did in a quarter of the time.