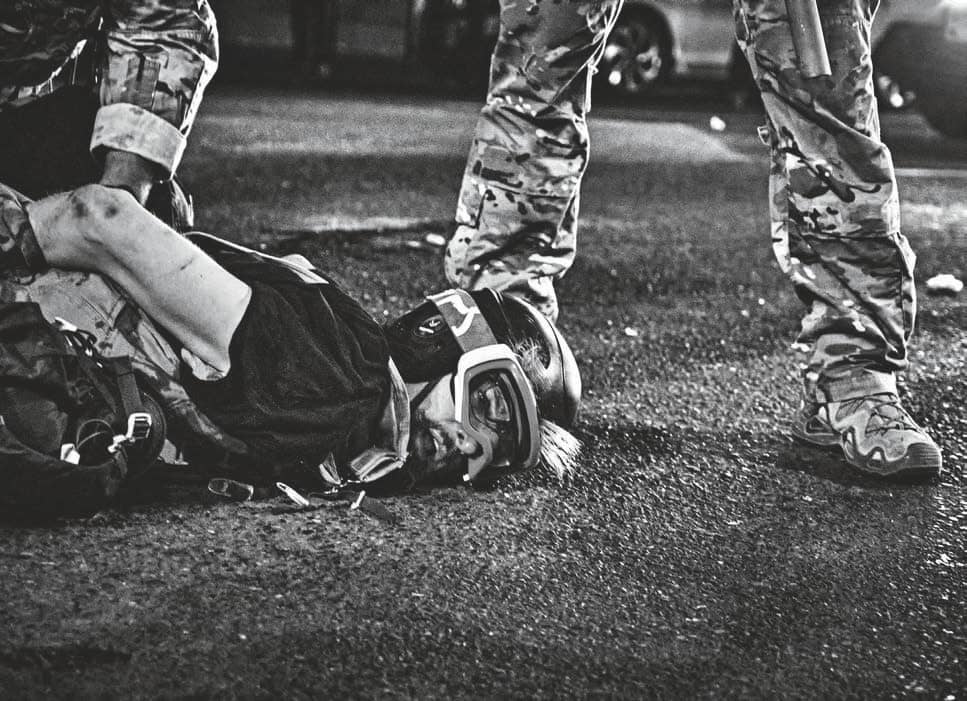 Law and Order and Chaos Trump’s authoritarian theater was just for show, until it wasn’t.

GENERAL-ELECTION SEASON typically announces itself with a handful of reliable signposts—veepstakes rumors, dueling party conventions, more frequent campaign rallies in contested states. The presidency of Donald Trump has occasioned a new one: the deployment of militarized federal forces on American soil. Their presence in Portland, Oregon (and at the U.S.-Mexico border in 2018), is more than a flex of authoritarian muscle. It marks, for Trump, the establishment of an election-year ritual, a political strategy ripe for replication anytime he faces the will of the voters. Especially if he thinks he might lose.

With three months to go until Election Day, the president is seeing some of the worst polling numbers of his tenure. Eight in ten Americans think the country is heading in the wrong direction, and just 38 percent say the national economy is good, down from 67 percent in January, according to a recent survey conducted by the Associated Press–NORC Center for Public Affairs Research. Trump now trails Joe Biden in several national general-election polls by double-digit margins, and he has watched his AP-NORC poll approval rating for his handling of the pandemic plummet to 32 percent.

None of this means he can’t win in November. But it does mean that he has lost control of the era’s defining crisis—the capable management of which could have prevented mass death, soothed an economic convulsion, and wrapped Trump’s incumbent’s advantage in plated armor. Absent these outcomes, he’s instead pursuing his timeworn tactic of trying to scare people into voting for him. Polling indicated transpartisan support for Black Lives Matter protesters, but images of dissident-packed thoroughfares and business districts aflame—in Democratic-run cities, no less—were fertile ground for demagoguery, and Trump couldn’t resist. His first inclination was toward strongman theatrics. On June 1, after a conference call during which he urged state governors to “dominate” protesters (and threatened to send in the military if they could not), his administration used police to clear a pathway from the White House to a nearby church for a photo op. Nonviolent protesters were teargassed and beaten as Trump strolled vaingloriously over to the church, grimaced while holding a Bible, and then hustled back to the safety of his bunker.