Dan Levy On The Comedic Alchemy Behind Schitt's Creek 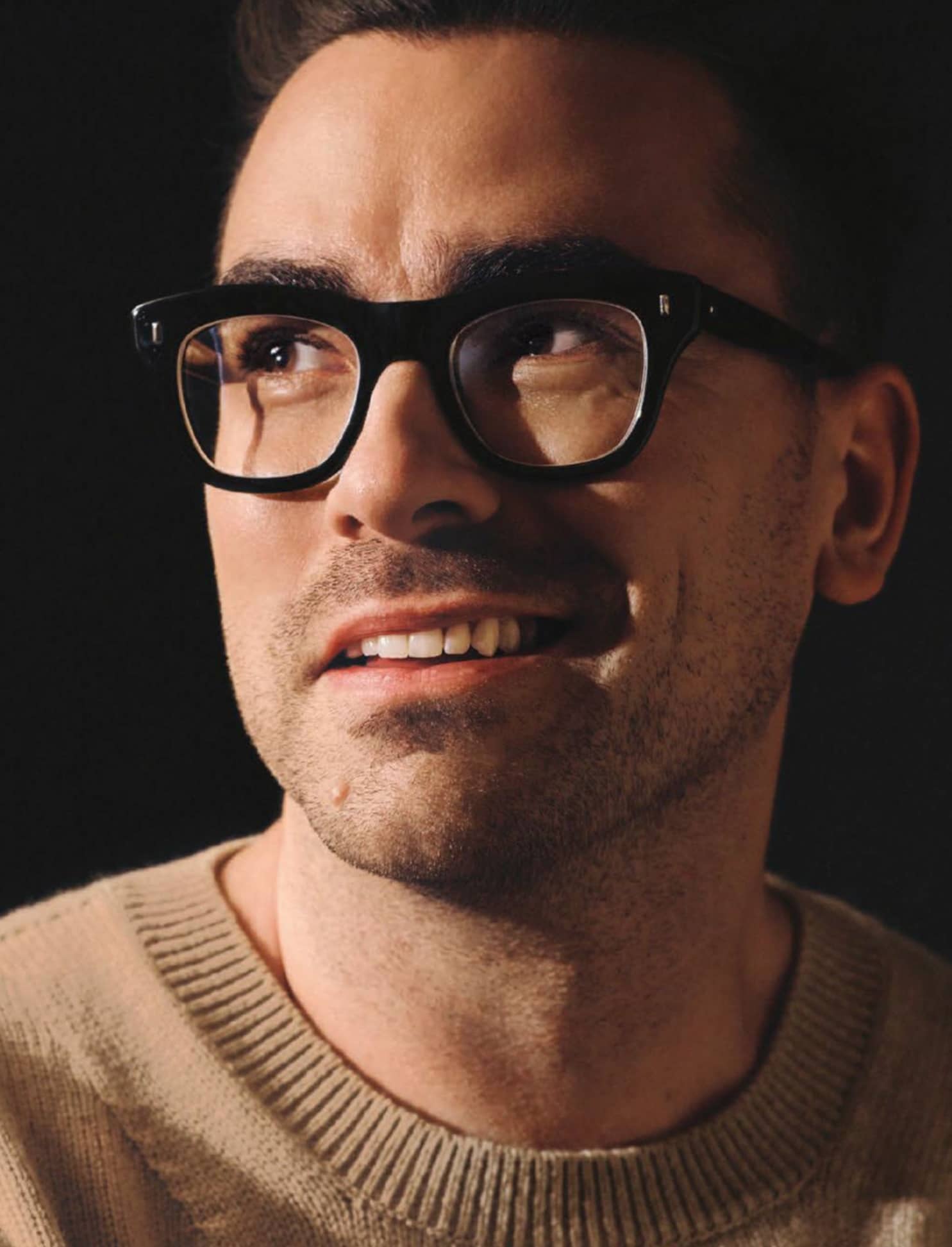 Dan Levy is the star, creator, showrunner, and helicopter parent of Schitt’s Creek, the biggest little show on television.

“I say we do just a full fashion look,” Levy continues. “Label whore–y.” He pulls on an oversize matte-gray Balenciaga hoodie and a pair of black Vetements sweatpants. Total retail price: about $1,730 before sales tax.

“David would wear these sweatpants for sure. Just letting people know that you have money,” he says, considering himself in the dressing-room mirror. Buying the outfit is wholly unrealistic, though, both for the show’s budget (“Fourteen episodes of our show is comparable to what one single episode of a larger, bigger-budget blockbuster show costs,” says Levy) and because it’s not period appropriate, so back to the rack it goes.

The story of Schitt’s Creek revolves around the members of the Rose family— the father, Johnny (played by the elder Levy); the mother, Moira (Catherine O’Hara); and their two kids, Alexis (Annie Murphy) and David—who find themselves bamboozled and bankrupt, all of their assets repossessed save for their considerable wardrobes and a small town called Schitt’s Creek that David’s parents once bought him as a gag gift.