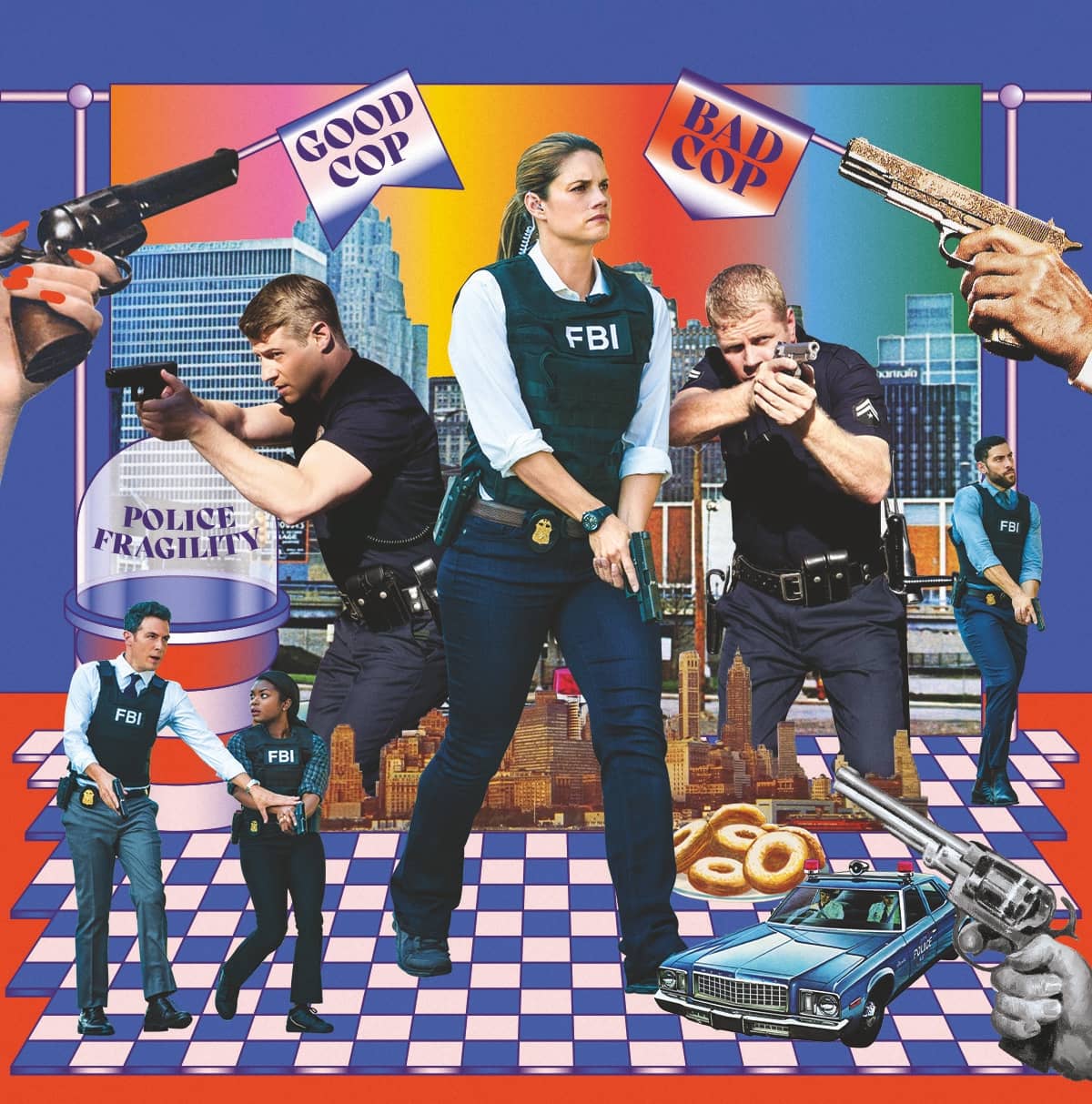 NO ONE HAS done more to propagate the myth of the hero cop than the writers of network-television police procedurals. On Law & Order and its many, many offspring, you might occasionally see a stray bad apple, but they never spoil the barrel, and cops who break the rules are most often portrayed as crusaders for a greater good. Here, confessions from the writers, directors, and producers of these shows.

A writer on a procedural cop drama

→ I WAS TOLD pretty early on to avoid dirty cops as story points. Policing is presented as a morally good cause. We have heroes who are definitely molded after the shake-you-down, stop-and-frisk, throw-you-up-against-the-wall kind of cop. There are instances when, through our characters, we straight up glorify what should be illegal police practices.

Almost any time I’ve pitched a story that addresses issues of race and the police, it will go through a washing machine of notes, rewrites, and edits that turn it into something else entirely. A lot of the time, those notes are very flippant—“Well, what if he was a she? Or what if that person was gay? Or what if they were Black instead of white?” Identity, racial identity—it’s just a whim.

Anything judged to be overtly political, especially if it’s not in line with the majority of our audience’s politics, will get shot down or altered. You shift a few words and casting choices and a story can feel very different pretty quickly. I’ve seen a Black officer talking about race become a white officer talking about politics.

When I produce an episode, sometimes things get fucked with. I’ll advocate for a mixed crowd in a protest scene and the showrunner will say, “No make them mostly Black.” And it’s not just protests. It could bea mostly Black crowd at a concert where there’s a shooting, which is just yet another image associating Black people with violence.

These shows are such monoliths. The idea of them changing in any fundamental way is hard to get your head around, but I do think change is possible. The conversation among writers and creators on our show has shifted this season— we’re talking about corruption in the force in a way we haven’t before. We’re hiring Black writers and adding recurring Black cast members who regularly have dialogue with our white protagonists so there can be more conversations about race and class, which allows the writers to reflect the conversations happening in the world right now.

A writer and producer of true-crime documentaries on TV

→ WRITING AND PRODUCING the show involves researching a murder, going to a small town, interviewing the cops who were involved, interviewing the families, and telling the story. We have to get permission from the police, because without them, we don’t have a story. We are in the hero business. There have been times when I’ve felt complicit in what is, essentially, a police department’s PR campaign. I did once pitch a show about bad cops, where we’d investigate crimes committed by police. That idea was just a complete nonstarter— chuckles around the table. Not because the people I work with are pro-cop or anti– positive change—they just read the room. We know we’re not going to get money to make a show about bad cops because cooperation with the police is essential.