Cityscape: JUSTIN DAVIDSON - There Are Much Better Ways to House the Old 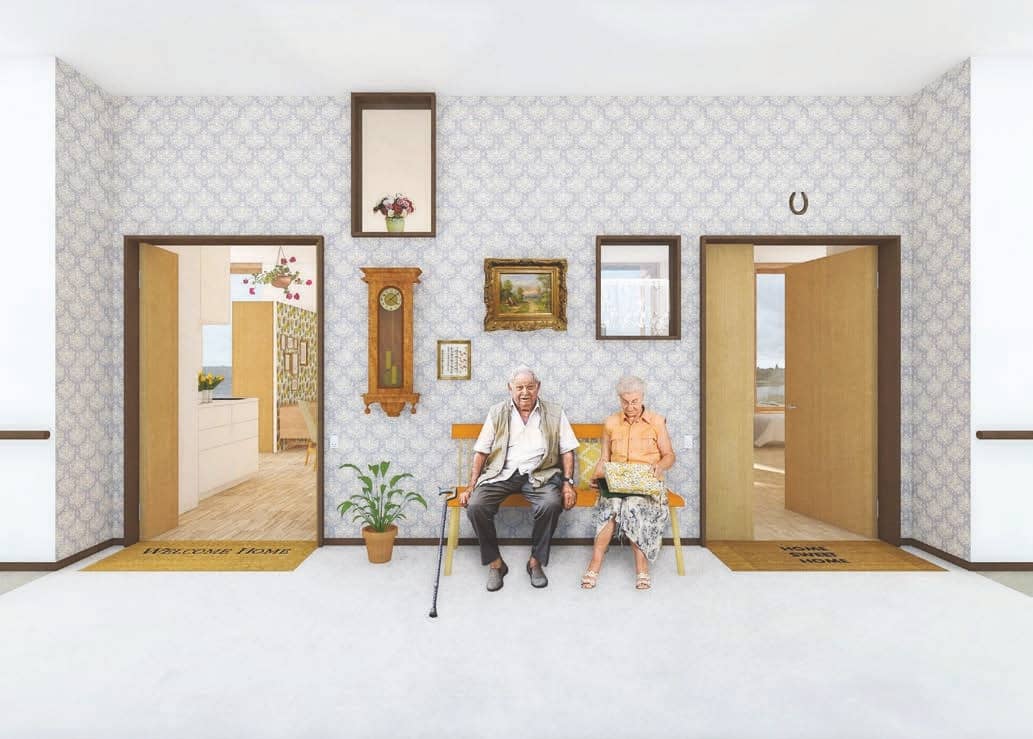 Why do we Americans sentence ourselves to misery?

WITH LUCK, either you will grow old or you already have. That is my ambition and probably yours, yet with each year we survive, we face a crescendo of mockery, disdain, and neglect. Ageism is the most paradoxical form of bigotry. Rather than expressing contempt for others, it lashes out at our own futures. It expresses itself in innumerable ways—in the eagerness to sacrifice the elderly on the altar of the economy, in the willingness to keep them confined while everyone else emerges, and in a popular culture that sees old age (when it sees it at all) as a purgatory of bingo nights.

In this country, we have erected a vast apparatus of last-stop living arrangements that, during the pandemic, have proved remarkably successful at killing the very people they were supposed to protect. Like the prisons and segregated schools that similarly bring us shame, the nursing-home system is an obsolete mess, one that emerged from a bureaucratic misconception. In 1946, Congress passed the Hill-Burton Act, which paid to modernize hospitals that agreed to provide low-cost care. In 1954, the law was expanded to cover nursing homes, which consolidated the medicalization of senior care. These new facilities were built and regulated like hospitals, reflecting and reinforcing a society that pathologizes old age.

The government sees its mission as preventing the worst outcomes: controlling waste, preventing elder abuse, and minimizing unnecessary death. Traditional nursing homes, with medical stations and long corridors, are designed for a constantly changing staff to circulate among residents who, ideally, remain inert and confined to beds. As in hospitals, two people share a room and a mini-bathroom. Social life, dining, activities, and exercise are mostly regimented, conducted in common areas where dozens of residents can swap germs. The apparatus is ideally suited to propagating infectious disease. David Grabowski, a professor of healthcare policy at Harvard Medical School, and a team of researchers analyzed the spread of COVID-19 in nursing homes and concluded that it didn’t matter whether they were well or shoddily managed or if the population was rich or poor; staff almost invariably brought the virus inside.