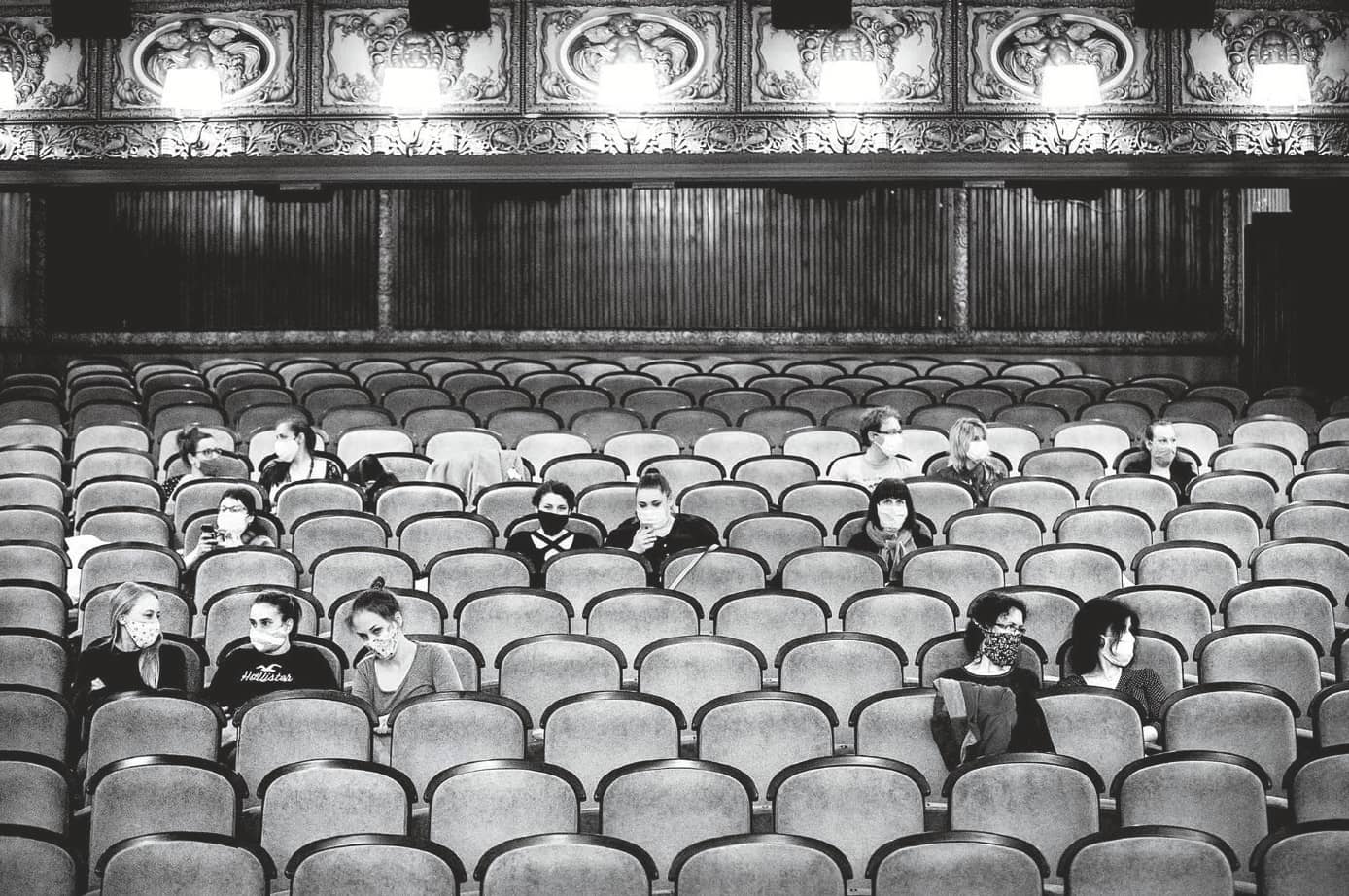 What will make Americans feel comfortable going out to the movies again?

IN THE AUTUMN of 1918, as the second wave of the deadly influenza epidemic that had been rampaging across the world reached the U.S., people started staying away from movie theaters. Soon, as more people got sick, local authorities would order them shuttered. In many cases, theater owners would assent to the closure with what one Boston trade organization at the time called “cheerful compliance.” Within a few weeks, though, as the epidemic’s urgency waned, owners began to get restive. They were losing money and wanted to get back to selling tickets. A few managers were arrested for defying shutdown orders. Gradually, compromises began to emerge: Sometimes theaters were able to get by with alternate-row seating or by making masks available for patrons.

Of course, nobody sheltering in place in 1918 had the option of sitting at home and streaming on the sofa. Movie houses were the only place to see movies, and movies were still pretty new and among the few entertainment options available to people. So once the threat began to fade, people flocked back. Today, even before the coronavirus pandemic closed the cinemas, big changes were underway in the industry. The traditional procession of movies through a sacrosanct “theatrical window”—when you have to get off the sofa and go to the multiplex and buy a ticket to see it—has been under pressure from the rise of vertically integrated streaming giants trying to rush their films onto new platforms. In the wake of this pandemic, are movie theaters, having long since lost their essential place in our culture, going to become relics of the past?

Probably not. People are desperate to get out of the house, get their kids out of the house, and get back to normal. “When this lifts, none of us are ever going to want to be anywhere close to our couch or our TV ever again,” predicts Richard Rushfield, who runs the popular film-industry newsletter The Ankler. “Our couch is going to have associations for us of this awful time.” One recent survey found that almost three out of four Americans said they missed going to movie theaters—which is significantly higher than the percentage of Americans who regularly went in the before times. Some never stopped going: Even though the vast majority of the country’s 300-plus drive-ins had to close because of the pandemic, those that remained open saw a surge in attendance (and several weeks ago, we were treated to the surreal news that the entire weekend box-office report came from one drive-in in Ocala, Florida, which was still open.)

But just because you have a combination of nostalgia and cabin fever doesn’t mean you will go back if you are convinced it’s risky. On March 23, still early in America’s shutdown, some saw hope in the news that around 500 Chinese movie theaters, tens of thousands of which had closed in January, were cautiously opening again. A few days later, however, all those theaters were forced to shut down again, likely due to fears of a second wave of infections. Around this time, rumors flew that AMC Entertainment, owner of America’s largest theater chain, was considering bankruptcy; the company even furloughed its own CEO as shutdowns exacerbated preexisting debt issues.

And so, it might soon be too late to easily fire up the popcorn poppers and turn down the lights and expect everything to return to normal, like so much of the economy on pause. Even the best-managed cinema can’t survive not selling tickets for much longer. “We were fortunate that we had some cash reserves, and we’re always trying to prepare for the worst,” says Brock Bagby, vice-president of B&B Theatres, which has been in his family for nearly a century and now operates more than 400 screens across the Midwest and the South. “But you can’t prepare to be closed for 90 days. No business prepares for that. Even with a hurricane, we’re closed for two or three days, a week max. We’re running out of cash quickly, as I’m sure everyone else is.” He says that the company has been “talking to every bank and every landlord, every top vendor, working diligently to try to make a deal so that we can defer or figure out a payment plan so that we can survive this.” And when the reopening orders come—and thanks to political and economic pressures, if not always expert public-health advice, they are coming— will too many people be too skittish to fill the seats? Will social-distancing regulations render it impossible to make money with partly filled theaters? What if there’s a second wave and a second lockdown?