Boycotts Of Georgia Will Only Make It Redder 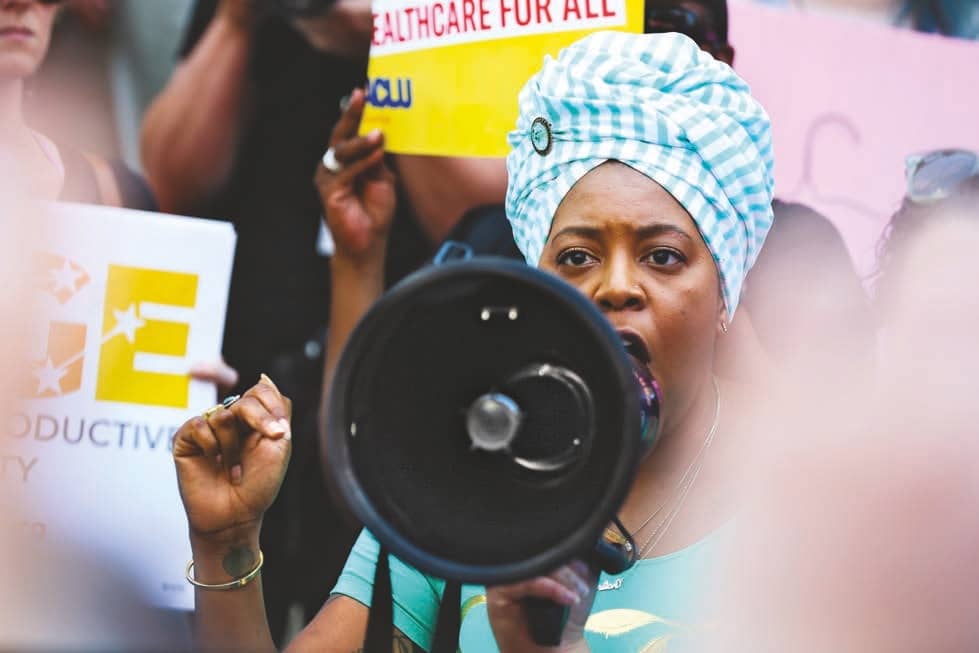 The abortion fight won’t be won from New York.

On May 7, Governor Brian Kemp of Georgia signed into law one of the most restrictive abortion bills in the country. If allowed to take effect, it will outlaw abortion once an ultrasound can detect electrical activity where a heart develops in an embryo; it’s known as a “fetal heartbeat” despite the technical absence, in many cases, of either a fetus or a heart. Not to be outdone, Governor Kay Ivey of Alabama signed an even more draconian bill on May 15. House Bill 314 more directly flouts the Supreme Court’s 1973 Roe v. Wade decision by reclassifying all abortions in Alabama as Class A felonies. Both bills accompany a slate of related legislation across the South and Midwest that seeks to force scotus to reconsider—and possibly overturn—Roe. And both are Republican projects in states that boast dismal health outcomes for mothers and newborns: Alabama has the sixth highest infant-mortality rate in the United States, while Georgia has the second-highest maternal-mortality rate.

Taken together, these laws have prompt ed widespread calls for boycotts. Hollywood has been especially vocal, with the likes of Ben Stiller, Kerry Washington, and Alec Baldwin signing on. At least two productions have already scrapped plans to film in Georgia: Amazon Studios’ The Power and the Kristen Wiig comedy Barb and Star Go to Vista Del Mar. Each year, the film and television industries account for several billion dollars in economic activity in the state, which, owing to its generous tax credits, hosts the highest number of film productions in the country. In theory, such a boycott would be devastating. In practice, Governor Kemp has been gleefully derisive, dismissing would-be protesters as “C-list celebrities” and insisting that Georgia will not back down from “standing up for precious life.” (Georgia had America’s 11th-highest execution rate per capita from 1976 to 2015.)