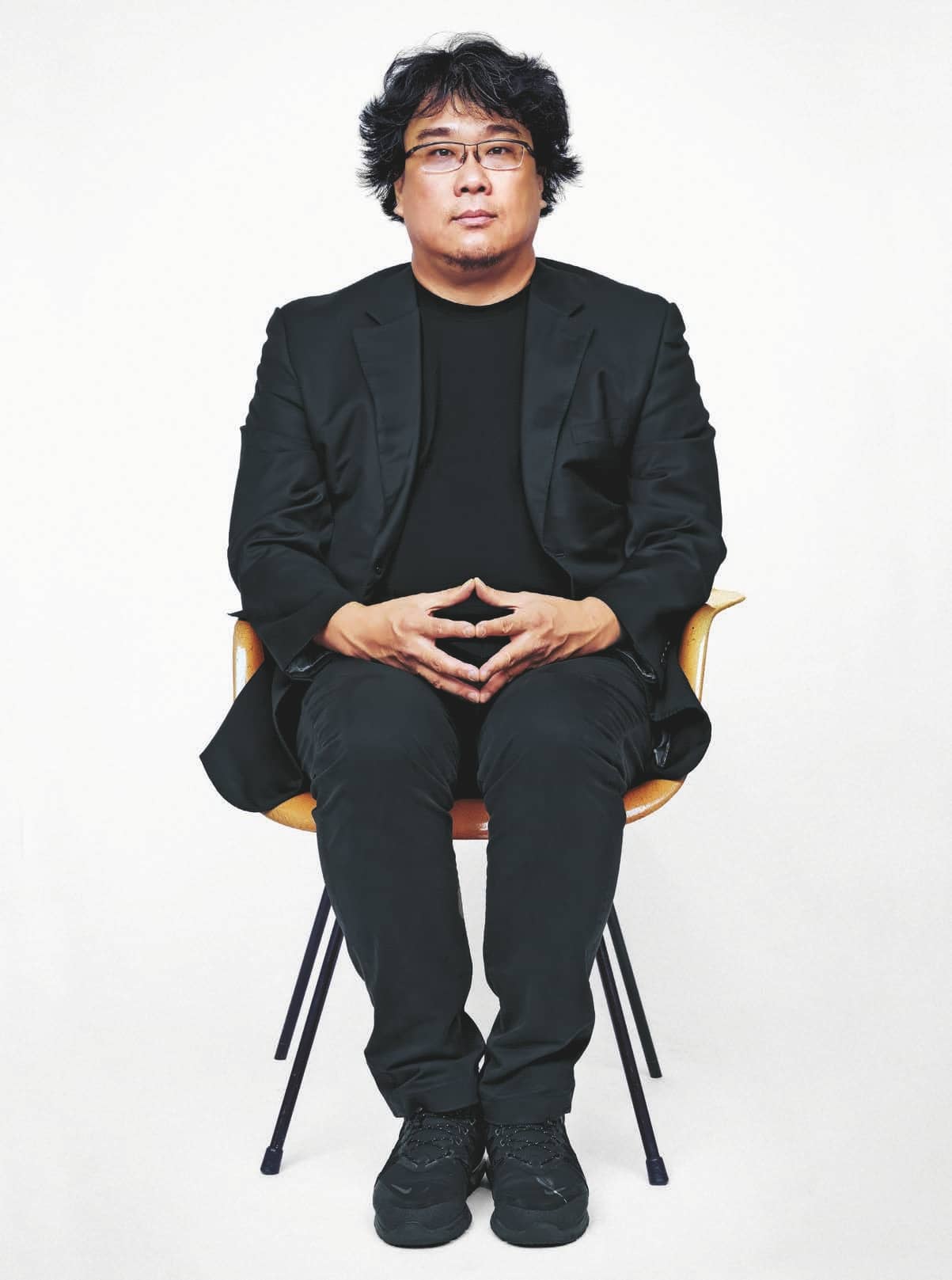 The Korean director’s ferocious new film, Parasite, is a parable of our money-hungry world. It’s also the most fun you’ll have in theaters this fall.

The standoff between Bong Joon-ho and Harvey Weinstein over the U.S. cut of Snowpiercer had all the hallmarks of a scene the director might shoot himself. High drama. The Korean auteur versus the bullish American. Philosophical questions of artistic integrity in the time of mass consumption. Gallows humor.

Snowpiercer is a unique hybrid. It looks like a slick Hollywood action movie with revolutionary themes, depicting a class rebellion set in a sci-fi dystopia led by none other than Captain America himself, Chris Evans. But despite its blockbuster appeal, Snowpiercer languished in limbo in the U.S. The Weinstein Company bought the distribution rights in 2012, but instead of giving the film an immediate release date, Weinstein demanded changes. He wanted to cut 25 minutes. He wanted more action, “more Chris Evans.”

“It was a doomed encounter,” Bong tells me over breakfast one morning in Los Angeles. “I’m someone who until that point had only ever released the ‘director’s cut’ of my films. I’ve never done an edit I didn’t want to do.” And yet, he says, “Weinstein’s nickname is ‘Harvey Scissorhands,’ and he took such pride in his edit of the film. I am so proud of my edit!” Bong is a commanding presence, six feet tall and honey-bear shaped. He’s a mesmeric storyteller with killer comic timing, and he does a bombastic Weinstein impression— all hot air and hand gestures—punctuated by his wild, authorial hair.

Bong remembers one fateful meeting in Tribeca when he and Weinstein watched the movie together. Weinstein pointed at various scenes he wanted to cut. “Wow, you are a genius,” he would say. “Let’s cut out the dialogue.”

Bong was at a loss: Cutting 25 minutes felt like taking out a major organ. Without the dialogue, the movie became incoherent; character motivation made no sense. That day, he managed to save one scene, the moment when a train guard guts a fish in front of the rebels as a show of intimidation. Bong and his cinematographer loved that shot. “Harvey hated it. Why fish? We need action!” Bong remembers.“I had a headache in that moment: What do I do? So suddenly, I said, ‘Harvey, this shot means something to me.’ ”

“My father was a fisherman. I’m dedicating this shot to my father.”

Weinstein relents immediately: “ ‘You should have said something earlier, Bong! Family is the most important. You have the shot.’ ”

Still, the disagreement dragged on for months. Weinstein showed his edit to a test audience of about 250 in Paramus, New Jersey, at a giant multiplex that reminded Bong of Kevin Smith’s Mallrats. Bong thought for sure the reaction scores would vindicate him. And indeed, with so much of the dialogue excised, viewers felt lost and gave the film low marks. “On the inside, I was happy that the scores were bad,” he says. “But Weinstein comes out and goes, ‘Bong! Yeah, the score is very bad. Let’s cut out more.’

“The whole thing was like a black comedy,” he continues. “If this was someone else’s movie and you were making a documentary of the situation, it would be really funny. Unfortunately, it was my movie.”

If it had come down to it, and Weinstein’s cut been released, Bong says he would have taken his name off the movie. But eventually the director prevailed. The distribution contract allowed him to show the original version to another test audience in Pasadena, California, where it played to much higher scores. Meanwhile, news of the conflict had leaked to the press, rallying cinephiles and the film’s stars, including John Hurt and Tilda Swinton, who wanted to see Bong’s version preserved. Weinstein backed down with a compromise: He kicked the movie down to the company’s independent arm, Radius. Instead of a wide release, it got a limited one. “Maybe for [Weinstein], it was some kind of punishment to a filmmaker who doesn’t do what he wants,” says Bong. “But for me, we were all very happy. Yeah! Director’s cut!” 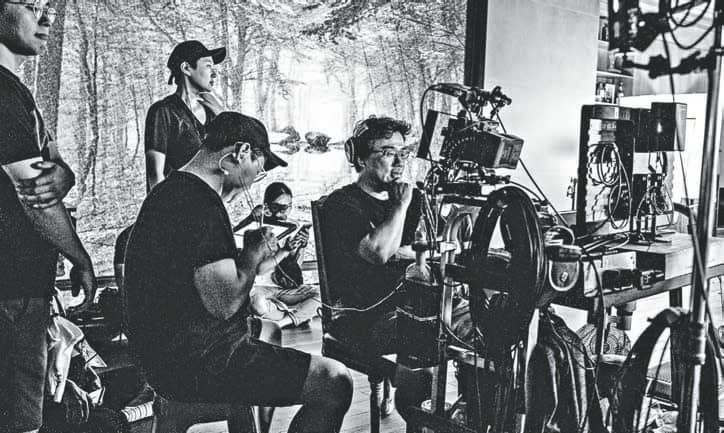 To a viewer familiar with Bong’s work, the metatext in the conflict is unmistakable. His films often center on underdogs fighting against authoritarian forces. In his 2006 breakout movie, The Host, a bickering Korean family finds itself battling a giant river monster born of American malfeasance: A U.S. military official orders a Korean lackey to pour hundreds of bottles of formaldehyde directly down the drain (an actual incident that occurred in Seoul in 2000), thereby creating a beast that terrorizes the city of Seoul (that part didn’t happen). The movie is an obvious metaphor for the global superpower that has often bullied and eaten up smaller countries like Korea.

In Okja, Bong’s follow-up to Snowpiercer, the protagonist is a young Korean girl from the countryside trying to save her pet super-pig from the grip of a multinational corporation. Bong slipped in an inside joke about the whole Weinstein ordeal, setting the final slaughterhouse scene in Paramus. After all, he felt a little like Okja, the titular pig, going from Korea to New York only to get dragged all the way to Paramus in order to get sliced and diced for mass consumption. But as the story would have it, both the pig and the movie survived intact.

BONG AND I ARE heading west in a car toward his hotel in Beverly Hills. He’s in the middle of the North American festival circuit, where he’s been showing his new film, Parasite; he just arrived from Telluride the night before, and he’ll be heading off to Toronto in a few days. He has a “tastemaker screening” later tonight. “It’s the same in any country: Korea, Japan,” Bong says in Korean. “You know, doing preview screenings for movie people.”

Of course, we are dancing around his journey into the carnival that is an Academy Awards campaign, which seems to mildly amuse him from a distance. I ask what he thinks of the fact that no Korean film has ever been nominated for an Oscar despite the country’s outsize influence on cinema in the past two decades. “It’s a little strange, but it’s not a big deal,” he says, shrugging. “The Oscars are not an international film festival. They’re very local.”

Still, it’s hard not to feel that Bong could make (local) history. In a post- Roma world, maybe Parasite doesn’t get just Best International Film but Best Picture and Best Director nominations, too. Bong has already had a brilliant year: At the Cannes Film Festival this spring, he became the first Korean director to win the Palme d’Or, in a unanimous jury decision. The Korean press was rapturous upon his return. “Normally, people don’t care about film festivals. But I guess people really seem to focus on first place,” he says. He and Parasite star Song Kang-ho were greeted at Incheon airport as if they were the K-Pop group BTS. “It was an Olympic-gold-medal kind of feeling,” he says. “It was very awkward in the airport. Super-awkward.”