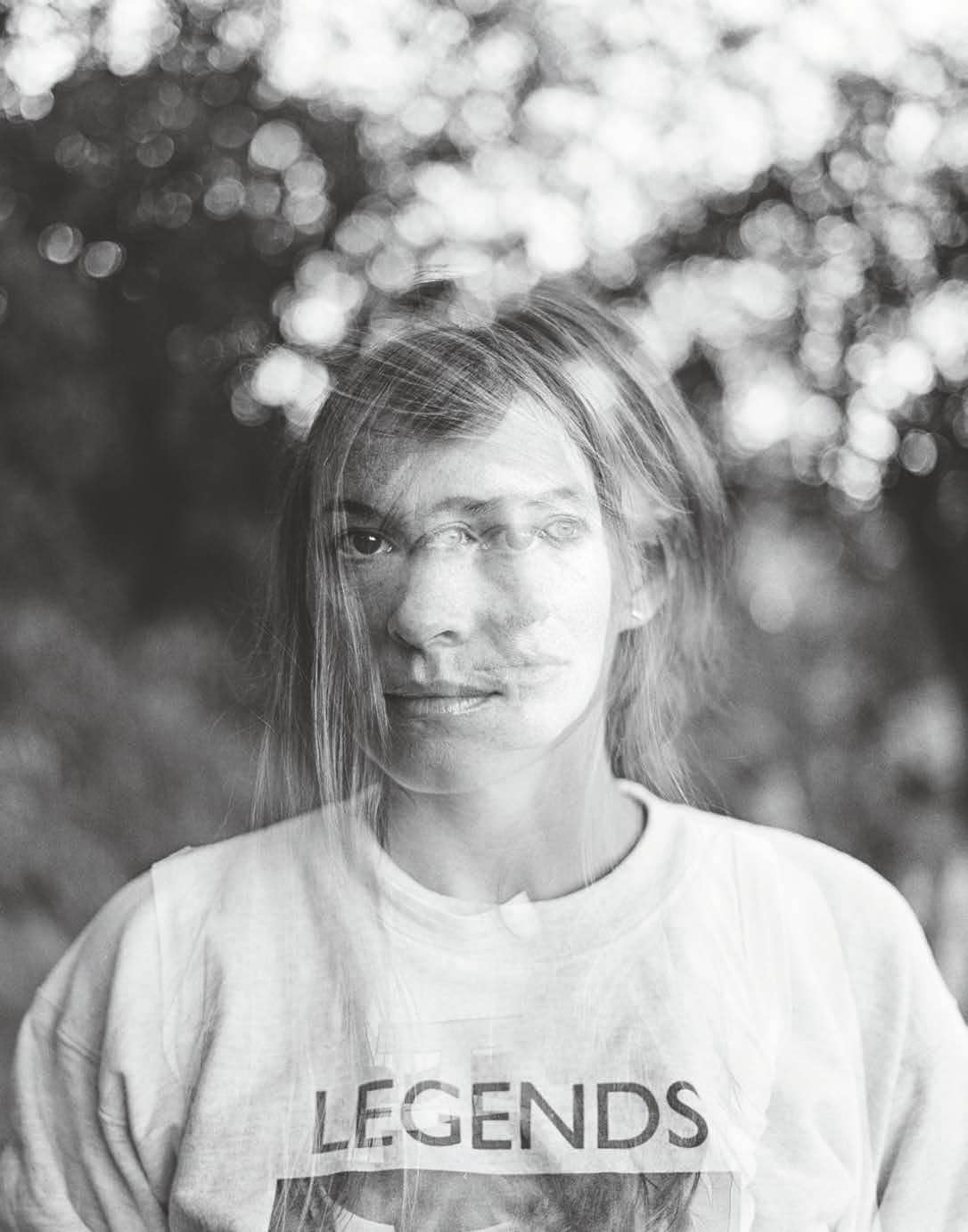 In her new absurdist thriller, She Dies Tomorrow, the director-actress dares to think the unthinkable.

SHE DIES TOMORROW is available on demand on August 7.

AMY SEIMETZ is laughing. The laughter is always triggered by things one might not normally laugh about, from the ravages of illness to the catastrophes of the pandemic. It ranges from a wry chuckle to a full-on roar, her head thrown back. This happens countless times as we talk about She Dies Tomorrow, the 38-year-old director-actress’s third feature. The movie is about a woman named Amy (Kate Lyn Sheil) who has a breakdown over the prospect of her impending death. At least it seems impending: It’s never explained why, exactly, Amy is convinced she’ll be gone before the next sunset. We just observe her as she melts down in her house (which also happens to be Seimetz’s home in the Mount Washington neighborhood of Los Angeles). Then, over the course of the next few hours, she transmits her fear of oblivion to others, including her friend (Jane Adams), her caring but exasperated brother (Chris Messina), and his self- centered wife (Katie Aselton), who is having a birthday party and berates Amy for being a bummer.

“Death is the cruelest joke, you know?,” Seimetz tells me from her living room. That the set of She Dies Tomorrow serves as the backdrop to our conversation adds one more plane to the hall of mirrors. “You’re born, you’re conscious, and, the entire time, the trick is to deny the inevitable.”

Death and grief are adjacent to a lot of art when they aren’t at the center. But it’s still striking to look at Seimetz’s filmography as both performer and filmmaker and realize how many of her projects have dealt with death, either as an abstract concept or head-on, via genre. Last year, she starred in the remake of Pet Sematary, about a family that discovers it can bring the dead back to life with monstrous results. In 2017, she was a member of the ensemble cast of Alien: Covenant, the latest entry in science fiction’s indestructible franchise about violation, gestation, extinction, and rebirth. In 2013, she starred as the mother of a murdered teenage girl in AMC’s The Killing. Two years before that, she co-starred in Adam Wingard’s indie slasher flick You’re Next.

You could even say death was the inspiration for her award-winning 2012 feature, Sun Don’t Shine, a microbudget effort that got a modest release but wound up as a critics’ darling. The film follows a desperately unhappy couple (Sheil and Kentucker Audley) traveling through a swampy landscape (Florida, Seimetz’s native state) that becomes more menacing by the scene; in the trunk of their car, we learn, is the body of her murdered husband. The film opens with the couple embroiled in what appears to be a fight to the death, grappling on swampy ground, literally getting down in the muck. The scene embodies Seimetz’s earthy, blunt approach to filmmaking, although—in collaboration with another trusted creative partner, her regular cinematographer, Jay Keitel—the visuals are also spectacular and intuitive, shifting with the emotions of their heroine from mundane to nightmarish and back.