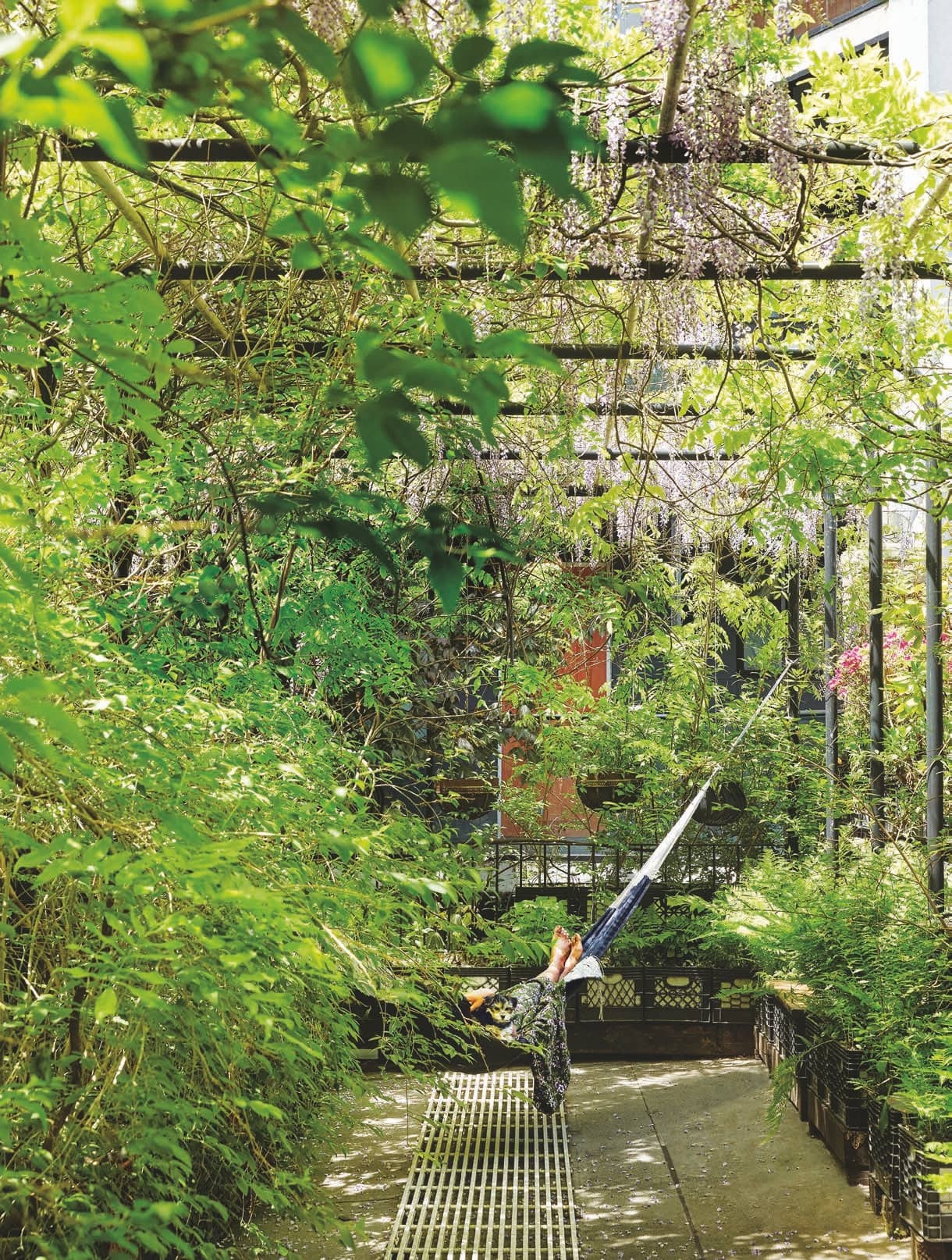 YOU’D NEVER KNOW, walking by the 19th century factory building in Brooklyn’s Clinton Hill, that there is a lush and shady oasis, alive and secluded, just behind its walls. The leafy compound is planted with dogwood, Japanese maples, azaleas, rhododendrons, and ferns, but it’s the decades-old twisted, climbing, implacable wisteria that defines this communal Eden that Yolande Milan Batteau, an artist and designer, shares with two other families. Batteau first rented a basement space—which she calls her “cave”—on the property as her studio in 2004. That was just the beginning of her real-estate takeover. Over the next several years, she annexed the entire wisteria-covered triplex across the garden. Today, she and her 17-year-old daughter, Leilani, and their two dogs, Kitsune and Misaki, live in a bucolic confluence of studio and residential space.

“We always have at least two bird’s nests going,” says Batteau. “There are some doves with fledglings now.” She worries that the squirrels and the crows might get them. “There is this life cycle that goes on here, where doves will mate, and they’ll build a nest, and then they’ll have fledglings, and sometimes they make it and sometimes they don’t. It’s just this crazy natural thing.” 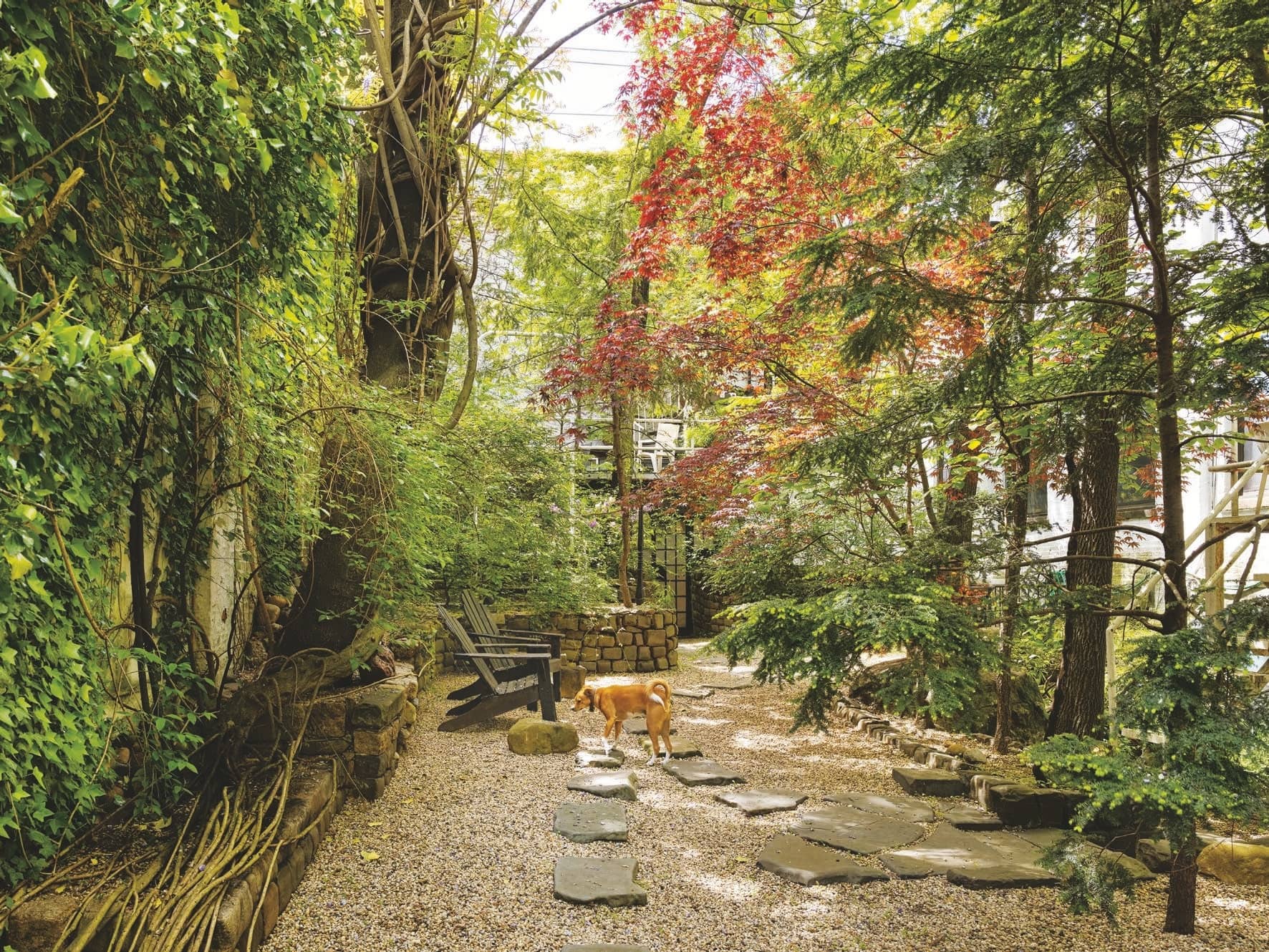