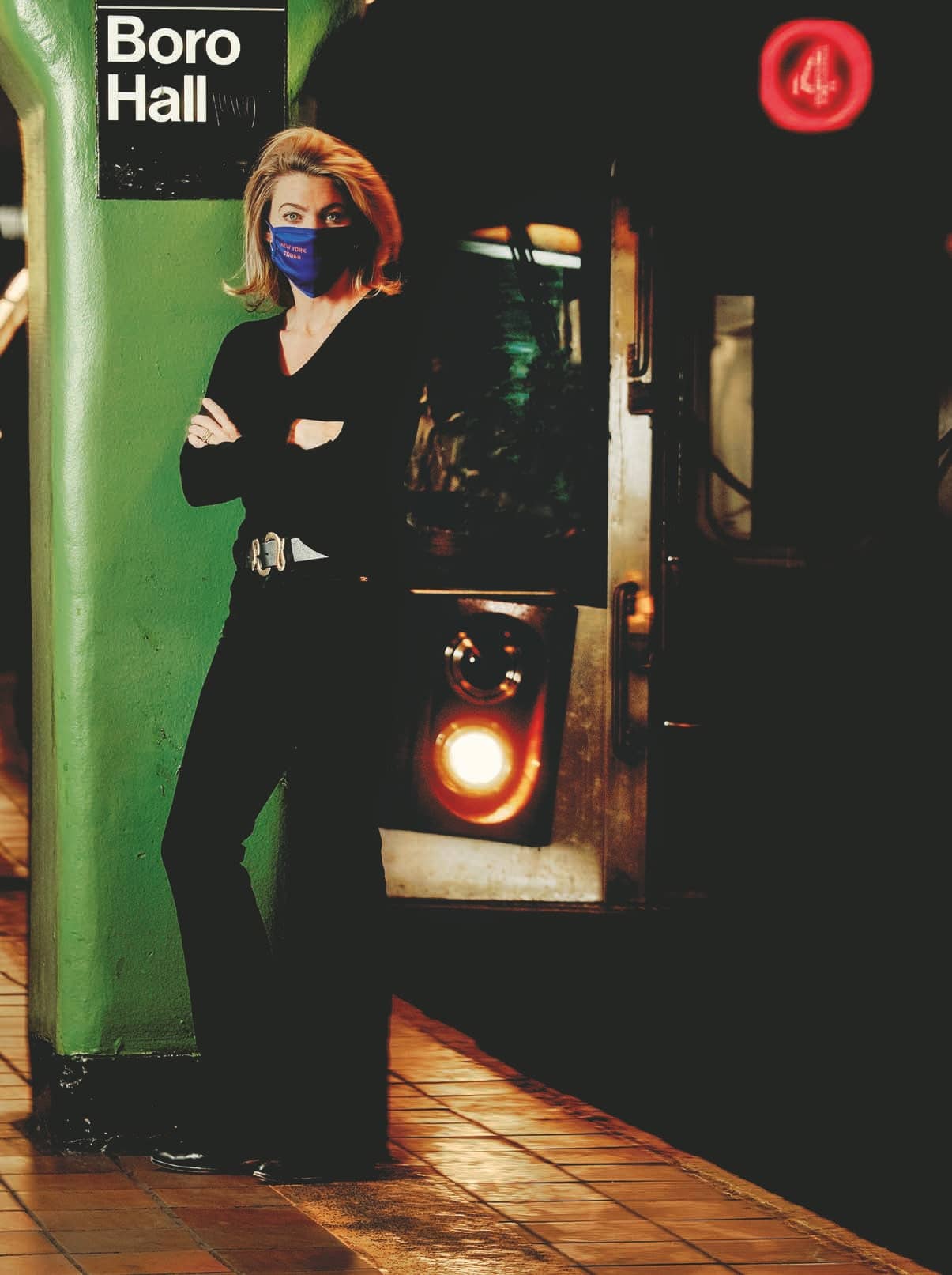 The woman tasked with saving the city’s public transit is still commuting.

NEW YORK CITY TRANSIT interim president Sarah Feinberg, 42, turns her camera for a moment to show me how deserted the 30th floor of 2 Broadway is. “It’s myself, the guy who sits at the front and lets people through the locked door,” she narrates as she pans MTA headquarters. “A woman who basically runs the office is here some days. And then our NYPD liaison is here most days. And that’s it.” The NYCTA, whose very density has been blamed for New York City’s being the epicenter of the coronavirus, is being run from a ghost town.

She swivels back to her nondescript workspace: beige shades, a monitor behind her head, cherry-veneer cabinetry. Feinberg started in the office on March 2—five days before Governor Andrew Cuomo declared a state of emergency in New York—so there hasn’t been much time to decorate.

Most days, Feinberg wakes up around 5 a.m. in the East Village apartment she shares with her partner, journalist and former Vice News executive Josh Tyrangiel, and works until their 2-year-old daughter wakes up. (Their nanny has been staying home; Tyrangiel is for now the primary caregiver.) Then she either walks or takes the 4 or 5 to the office on a system where ridership plummeted by more than 90 percent and tries to figure out how to dig the city’s transit out of disaster. As of this writing, 123 transit workers have died of covid19; facing financial ruin, the state-run MTA is panhandling in Washington for its survival; anyone who has a choice is avoiding public transportation; and Feinberg is managing the fallout from an unprecedented overnight closure and cleaning of the trains. There’s a saying in transit that you’re only as good as your last rush hour. But what does that mean when the very prospect of peak crowding is terrifying?

“She is in the most unenviable position of anyone I’ve ever met,” says Lisa Daglian, the executive director of the Permanent Citizens Advisory Committee to the MTA. Does she think Feinberg wants the job permanently? “Oh God, would you?”