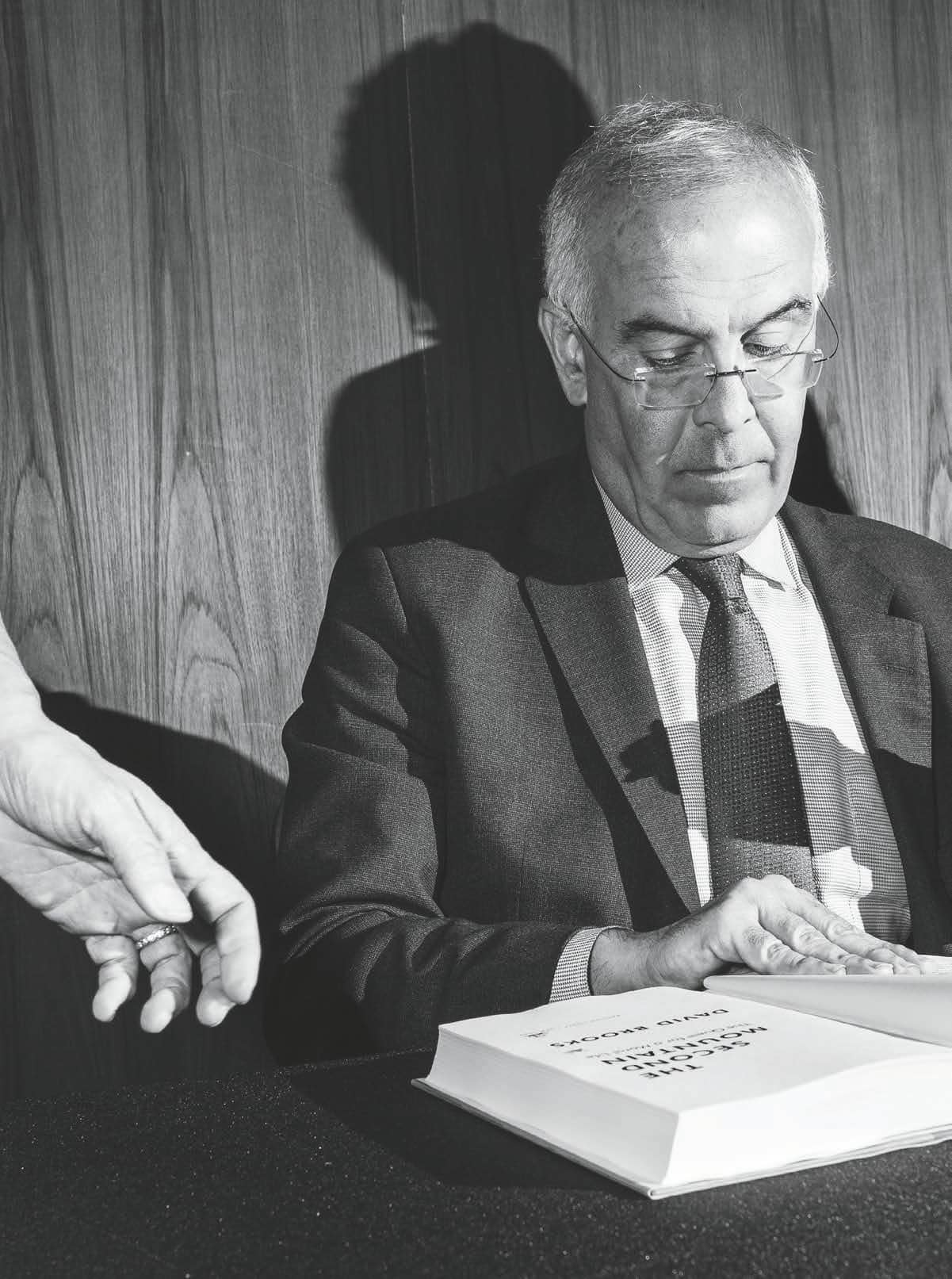 The conservative columnist takes a look inside his soul. But what does he see?

It was 2013, and David Brooks was in the wilderness. Not the literal desert or jungle or anything like that, but the emotional wilderness of an accomplished man who, in midlife, has discovered a deep emptiness at his core. His marriage of 27 years was falling apart. The genteel conservatism in which he was nurtured and raised was morphing into something craven, naked, and raw. Lonely and living alone in an apartment in Washington, D.C., Brooks, 52 at the time, took stock and saw that in his rise to the pinnacle of American punditry, he had failed to make or keep meaningful friendships. And what was happening to him, Brooks writes in his new book, The Second Mountain, was happening on a nationwide scale. “The crisis in our politics is created by the crisis in our sociology and in our relationships—and in our morals,” he told me, looking preppy, eager, and somewhat slighter than I’d imagined, as we sat drinking coffee at a chain restaurant near Carnegie Hall.

But Brooks picked himself up. He landed a gig at—where else?—Yale, teaching a class about—what else?—humility, with a syllabus including works by Edmund Burke, Reinhold Niebuhr, and himself. His emotionally arid existence bloomed again, thanks to the loving presence of a woman— Anne Snyder, his researcher at the New York Times and 23 years his junior. After years of chaste but charged email exchanges on subjects such as Dorothy Day and St. Augustine, Snyder agreed to go on a date with Brooks in 2016. They married in 2017. And while The Second Mountain purports to describe the hyper individualism of American politics and society as a disease and wonkily offers cures that fans of Oprah absorbed long ago, it would not be hyperbole to say that it is also, both explicitly and between the lines, a gushing paean to romance from a gobsmacked man happily rediscovering sex. As such, it is full of cringeworthy aphorisms. “Love,” writes Brooks, “plows open the hard crust of our personality and exposes the fertile soil below.”