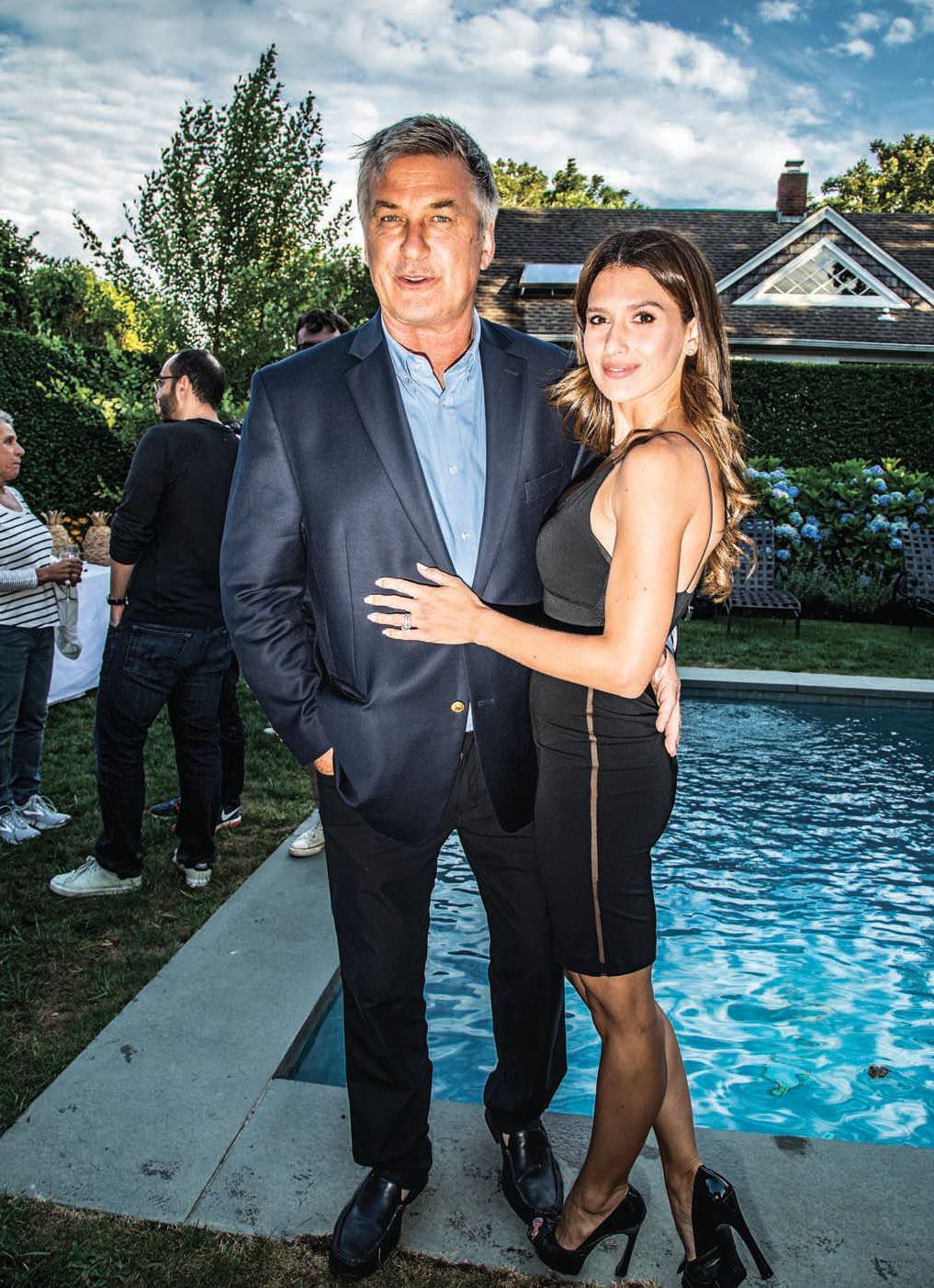 Swanning through the Hamptons with the presidential impersonator.

SATURDAY IN THE Hamptons, the hedgerows are trimmed, the hydrangeas are bushy, and the sun is at peak performance. Outside Jack’s Stir Brew Coffee in Amagansett, a group of men and women in luxury sportswear are gathered, and the air fills with the soothing sound of high-end gossip. Chappaqua … We stayed there … His first wife … Adirondack chairs … The best … Chappaqua.

But all is not right with the world, one is reminded, as a new figure trudges up the path. It’s Alec Baldwin, clad in a navy-blue blazer, a grim look on his face. The smooth jazz of conversation slows, then stops.

As in the city, the unspoken rule out here is that celebrities are to be left alone, but as Baldwin approaches the door, one of the women leans over and addresses him with profound urgency. “Saturday Night Live,” she blurts wildly. “It needs to come back early. We need you!”

An eternal second passes as everyone registers the breach of protocol. Probably it will be okay, they hope. Out here, Baldwin isn’t a celebrity. He’s one of them. A figure in the community. A player of charity softball games, an actor in local theater productions, a supporter of Guild Hall and other area cultural institutions. This very night, in fact, he’s attending an event for the Hamptons International Film Festival, a cocktail party and screening for Trophy, a documentary on lion and rhinoceros hunting. Then again, he is also known for his irascibility, especially when it comes to his privacy. He once wrote a letter to the local paper decrying “vermin” who “casually invade the privacy of people out in public” by taking constant photos. At 59, he’s not unlike a rhino: cute from a distance, but up close, prone to goring.

Not today. Baldwin manages a half smile and a nod before beelining into the coffee shop. This is something he gets a lot, he says as he studies the bagel selection, people imploring him to impersonate Trump like it’s his patriotic duty, especially these days, with Saturday Night Live on hiatus and the world where Donald Trump is president maddeningly continuing to spin. “It’s a narcotic for people,” he says.