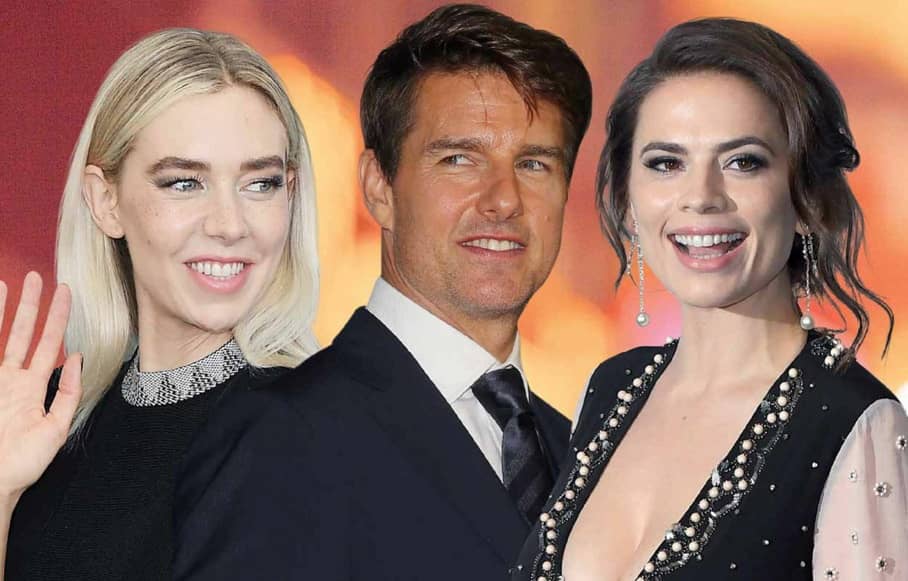 WILL ONE OF HIS MISSION: IMPOSSIBLE CO-STARS BECOME THE FOURTH MRS CRUISE?

When it rains, it pours! Tom Cruise hasn’t publicly dated anyone since his divorce from third wife Katie Holmes eight years ago – but that’s all changing! Multiple sources tell New Idea that the actor has been getting flirty with both Vanessa Kirby and Hayley Atwell as the trio film Mission: Impossible 7 in Italy.

“He’s following Vanessa around like a puppy one moment and Hayley the next,” squeals an insider. “Tom’s telling them how beautiful they look and how well they played a scene. He’s obviously got the hots for both of them.”

The 58-year-old Scientologist, who has battled rumours that church leaders have “auditioned” past co-stars as potential romantic partners, has been wooing Hayley, 38, and Vanessa, 32, with such offers as rides in his helicopter and romantic candlelit dinners.

“Hayley is flattered he’s taken such an interest in her,” adds the insider of the Captain America star.

As for Vanessa, Tom felt sparks with The Crown actress a few years ago when they shot Mission: Impossible – Fallout. At the time, she was in a long-term relationship with fellow thespian, Callum Turner, but the pair parted ways earlier this year.