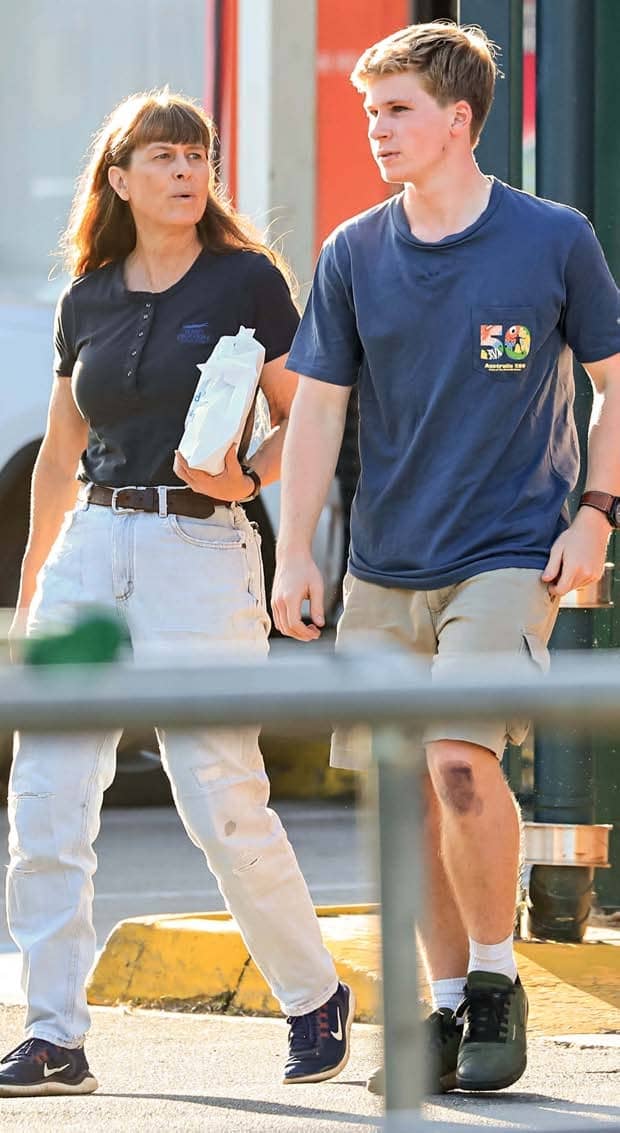 THE YOUNG WILDLIFE WARRIOR HAS BEEN ACTING OUT – AND MUM TERRI’S HAD ENOUGH!

Like every teenager, it seems Robert Irwin knows how to push his mum’s buttons. Seen in New Idea’s exclusive photos, the pair were running errands near their Queensland home and tensions appeared high as Terri Irwin gave her son an animated talking-to as he remained tight-lipped.

At one point, a glum looking Robert – who is the spitting image of his late father, crocodile hunter Steve – was seen using his shirt to wipe away tears as he listened to his mother.

Now a source tells New Idea that Robert, 16, is reportedly having a hard time and is feeling stuck in his big sister’s shadow.

“Robert is starting to get really fed up with everything being about Bindi at the moment,” says the insider.