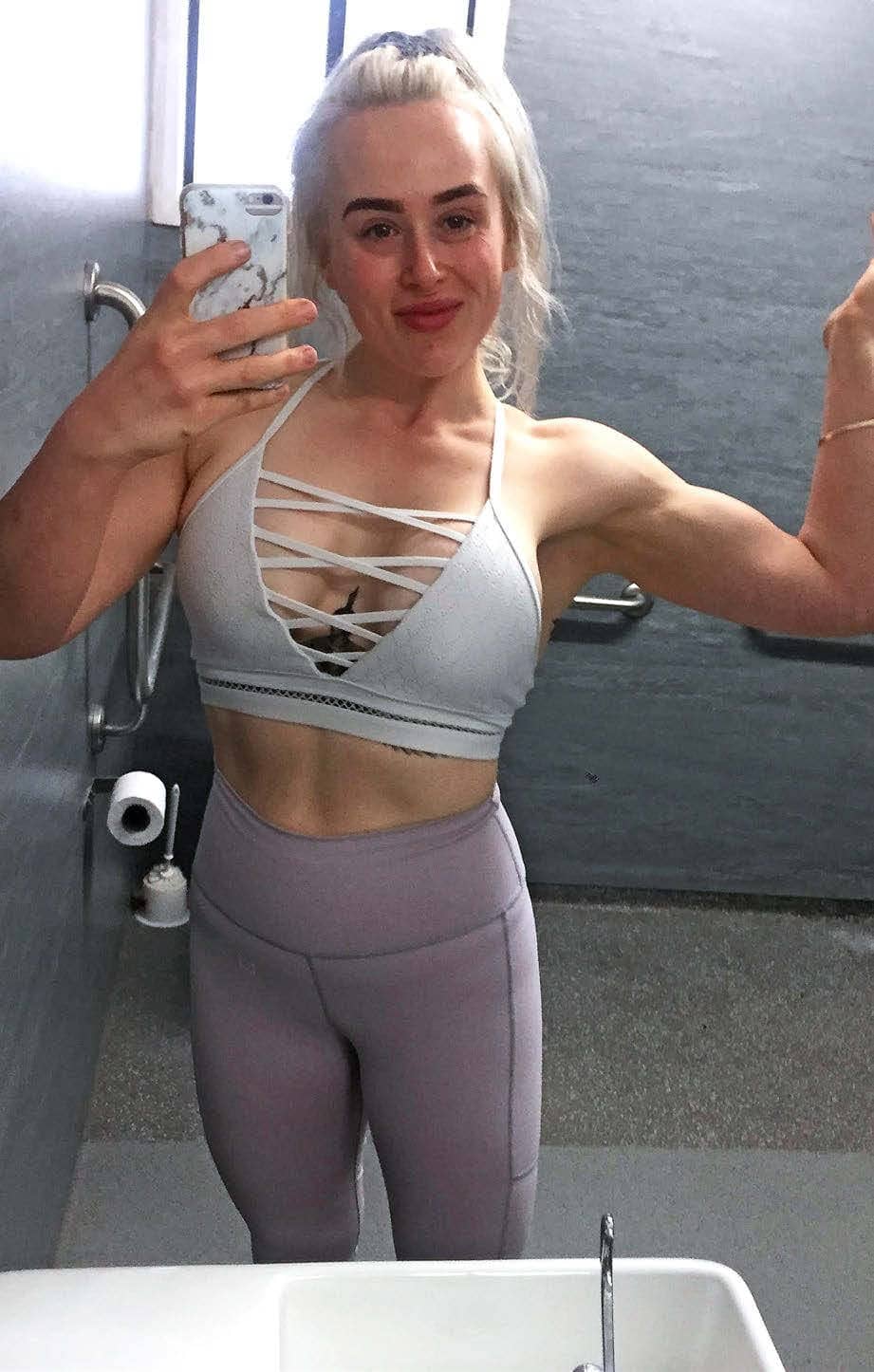 Each morning I would step on the scales and be so happy when I‘d lose 500 grams. Seeing my hip bones in the mirror would give me the only self-esteem I had. But that lasted only a few minutes before I would nitpick at every other part of my body.”

This was Tanaya-Waina Strength at just 10 years old.

Without a female role model, Tanaya’s childhood was lived in extremes: bingeing takeaway and processed food and trying in vain to throw it all up, followed by countless attempts at starving herself, except for a few salad leaves at night – just enough to curb the hunger pains.

“Appearance was the No. 1 priority, not your wellbeing,” Tanaya, 26, tells New Idea. “It made me look at myself so critically. I would eat what I wanted and comforted myself that way. One day I would be making pancakes for dinner and eating everything in the house, then the next I was going on diets, checking the fat content in foods and doing sit-ups in the lounge room – all before I was 10.”

At just 13, the troubled teen left home – and her mental and physical health deteriorated further. “I would chew food and spit it out so I would get the taste but nothing else. I would only eat salad, whatever had the least amount of fat,” says the Queenslander.

“I would eat junk food and when I tried to bring it back up, I was actually disappointed that it wasn’t as easy as I had thought it would be.

“I even caught a bus and train to get to a gym and lied about my age so I could get a membership. I remember not being well at all. I was lethargic, my skin was grey and my stomach hurt all the time.”