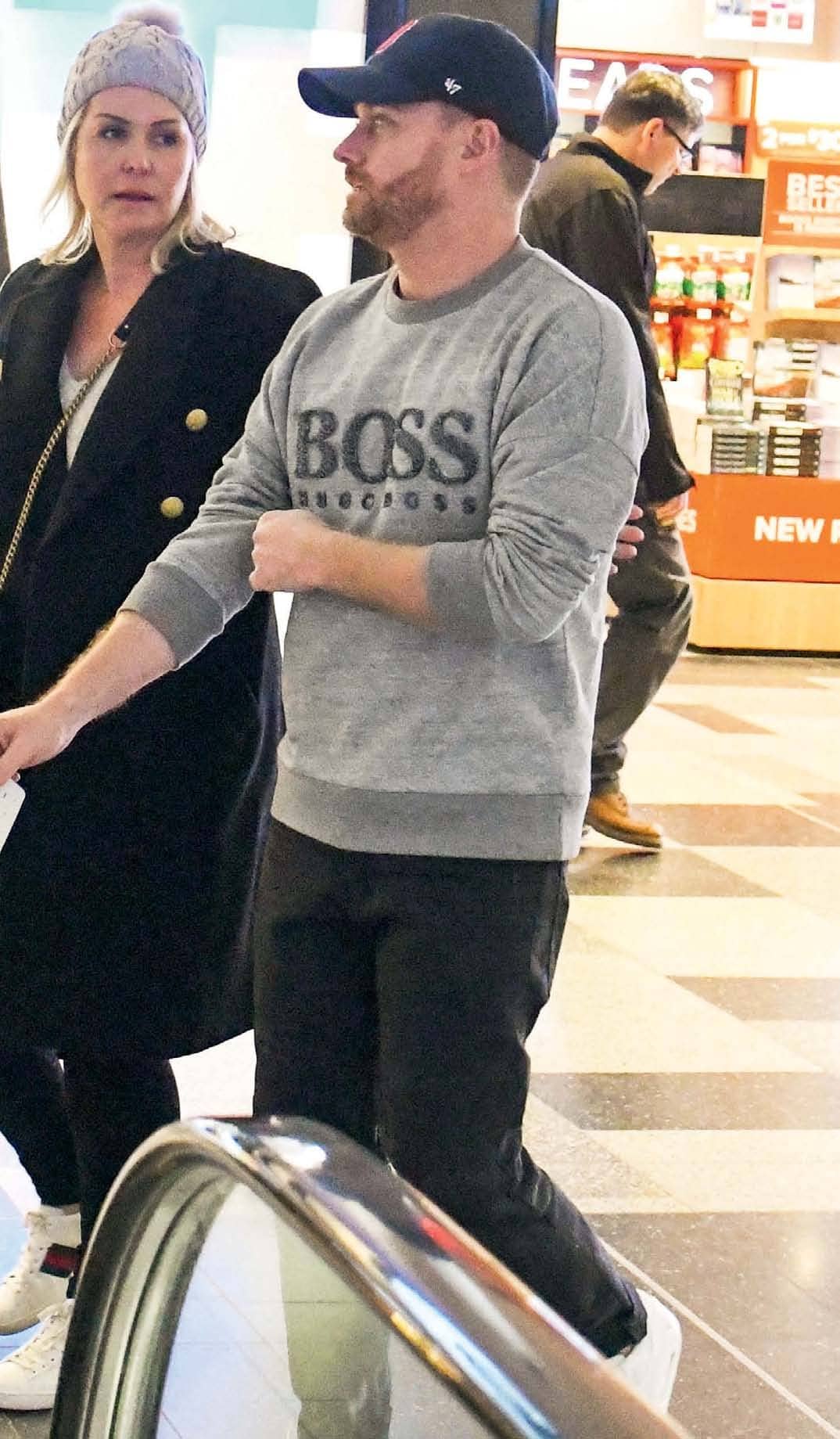 It looks like the tv host is in trouble again.

Just when it seemed like Grant Denyer was back on his feet, shocking new pictures reveal that the popular TV personality is in trouble again.

Grant was on the way home to Bathurst with his wife Chezzi, but at one point the radio star had to collapse onto a couch to rest before boarding his flight.

The usually jolly host appeared tired and drained, as he was still battling a horrible infection.

Grant took to Instagram a few days earlier to inform his fans that he was unwell again.

“You can’t be serious! 4 days of this crap. Leaking like a rusty boat from every hole I have. Me & @chezzidenyer have both been crook as dogs after getting back from holiday and my test results say I have Crypto- Sporidium Infection of the bowel from a parasite,” he posted on his social media account.

The horrible illness, which can last for up to two weeks, seems to have really taken its toll on the couple, as they both looked pale and run down while travelling back home.