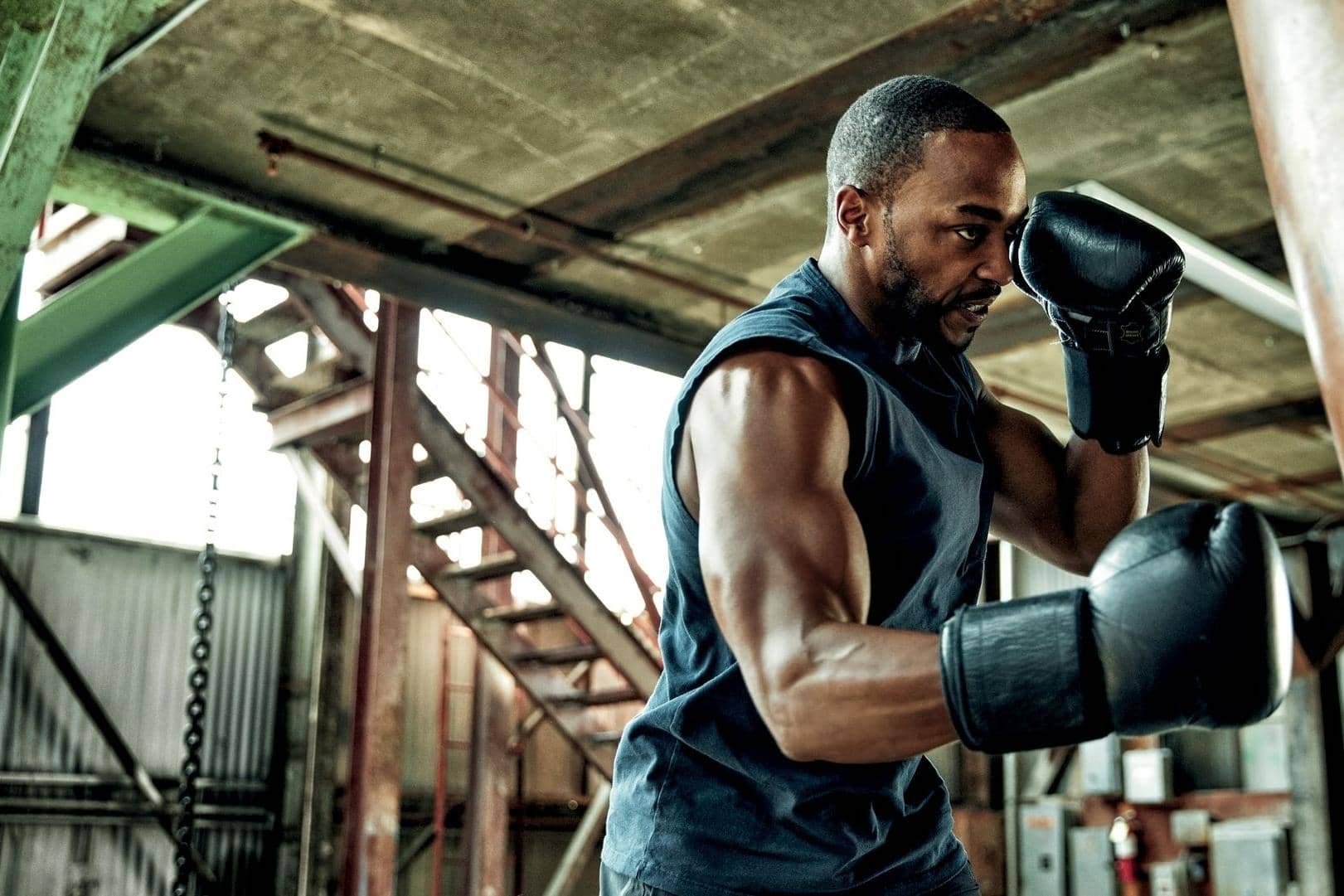 Once he was handed a certain shield at the end of Avengers: Endgame, Anthony Mackie became the next evolution of superhero star. He’s been working toward it for 20 years, and, as Brian Raftery learns, we’re only just catching up.

Whenever he finds the time— that is, whenever he gets a break from being an Avenger— Anthony Mackie calls some friends in New Orleans and tells them he’s ready to build and sell another house. he’s been doing this for years now: putting together a crew, scouring dumpsters for old wood, even building doors and floorboards by hand. “Whenever you finish,” says Mackie, “you stand back and say, ‘That was a piece of dirt when I started, and now it’s a house.’ ”

Mackie tells me this on a quiet may weekday in downtown Vancouver, where the 40-year-old actor is eating pizza in a largely empty gastropub. he’s in the city to play a future-shocked mercenary on Netflix’s sci-fi series altered carbon. but because he’s a marvel star, Mackie is also an unofficial ambassador for the movie playing just a few blocks away: Avengers: Endgame. It’s the sixth film in which he portrays Sam Wilson, an ex-airman who doubles as the high-flying, highly lethal Falcon.

More important, it’s the movie in which Sam Wilson inherits the mantle—and the shield—of his best friend, the über-menschy superpatriot who’s anchored three films of his own: Captain America.

On this afternoon, Endgame has been out for barely two weeks, and it’s already made more than SGd$2.7 billion worldwide. (Some of that money comes from Mackie himself: he’s seen endgame four times so far.) and though the new Captain America is dressed in a style probably best described as “aspirational incognito” (beige pullover and blue jeans, a black Detroit Tigers cap resting on the table), a pair of 20-something backpack strapped dudes soon appear nearby, quietly nudging each other.

“A quick picture?” one of them finally asks. Mackie nods, and what follows involves so much nervous fumbling on the part of his fans that, in an act of pity, the actor eventually takes the picture himself. as the two men scurry away, Mackie yells out some parting wisdom: “Work on that camera game, man!”

For years, such encounters would periodically end with Mackie's newfound friends telling him how great he was in that one marvel movie—only to name a film that starred Don Cheadle. “I’d be like, ‘That’s the other black guy,’ ” he says with a laugh. but that’s changed. “Now,” he says, “they know exactly who I am.”

Mackie’s promotion to leading superman represents a crucial moment in marvel’s ongoing cinematic engineering project, as the studio turns one of its most beloved roles over to a new actor, and an African-American one to boot. It’s also an epochal moment for Mackie. he’s long specialized in playing confidants, best buds, and the occasional semi-amiable schemer: the stoic army sergeant in the best picture– winning The hurt locker, the charm-armed drug dealer in half Nelson, the third-wheel weightlifter-turned-kidnapper in pain & Gain.

He’s been pursuing these kinds of roles since he graduated from New York city’s Juilliard School in the early ’00s. back then, “I thought I was going to have a morgan Freeman career,” he says, “doing great work until, all of a sudden, I get one big job at 50 and everyone’s like, ‘Who is this guy?’ ” Instead, Mackie’s been steadily accruing a filmography full of “little flag moments,” he says, “with endgame being the pinnacle.”

The last time he saw the film was just a few days ago in New Orleans. he was putting the finishing touches on house number ten—or maybe it was number 11; he’s lost count. as a teenager in the city’s Seventh Ward, Mackie reluctantly helped out on his father’s construction sites, mopping tar across a roof in 38 degree celsius weather. he only came to appreciate the effort years later, when he went for a drive with dad, who built homes there for decades, and realized how much pride his father took in constructing something new. “It’s kind of like acting,” Mackie says now. “You get a piece of paper with words on it, and you build that character. Then, when you watch, it’s 100 percent your creation.”

He’s viewed his career in much the same way: as a sturdily designed creation in its own right. and with the arrival of endgame—15 years after he was anointed a future movie star—everyone else is finally beginning to stand back and see it.

Mackie’s spent most of the past four months in Vancouver—a long time to be away from New Orleans, where he has four sons with Sheletta capital and where his acting career began more than three decades ago. he was in third grade when a teacher pushed him into a local drama program, hoping Mackie's class distracting energy could be channelled elsewhere.

He would later attend the prestigious New Orleans center for creative arts. one day, he spotted school alum Wendell pierce, a distinguished broadway and screen actor who’d come to speak to Mackie’s class. “he pulled up to school in this little red Porsche and had on this white linen suit,” Mackie says. “I was like, ‘holy shit. That dude looks like money.’ From that point on, I set out to do everything Wendell did.”