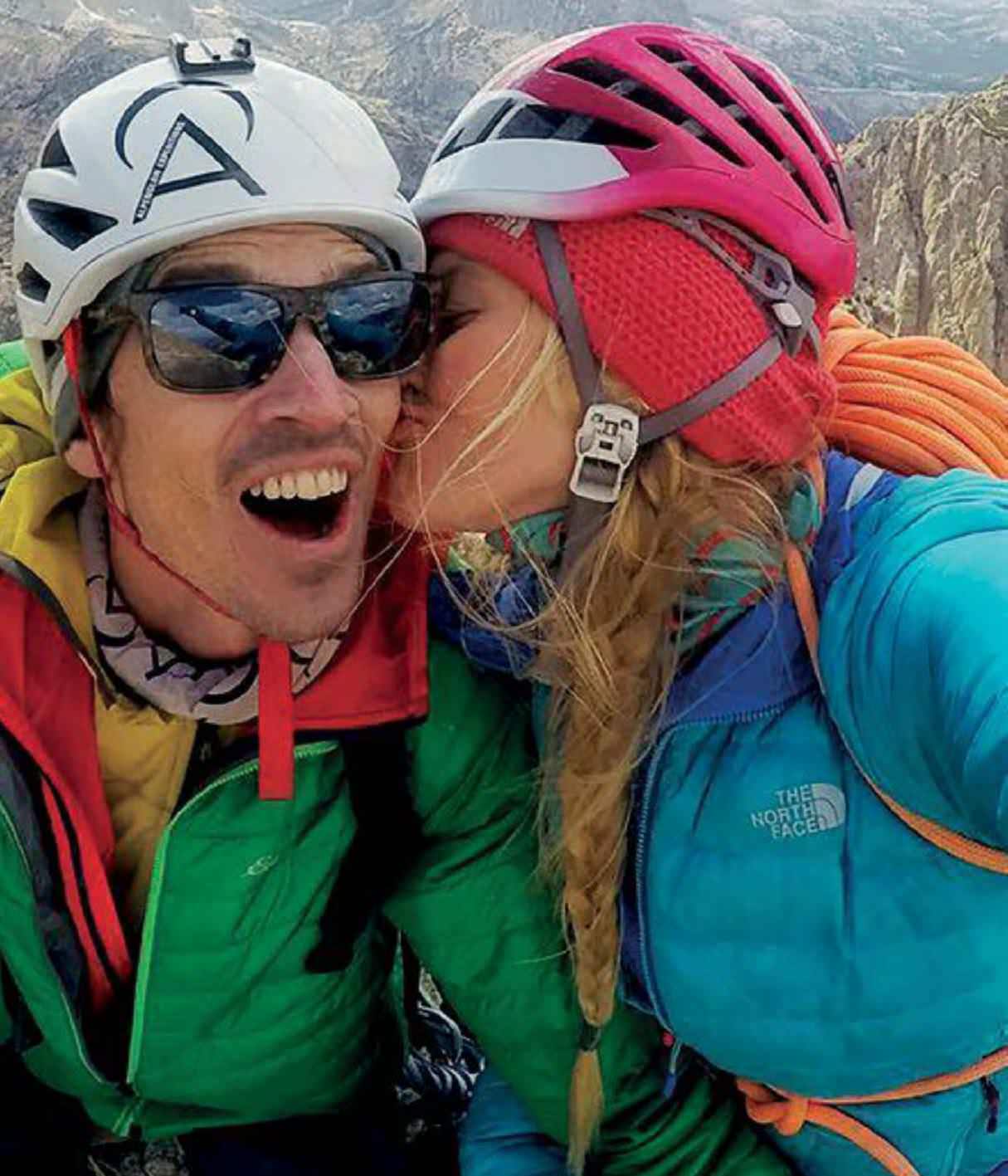 How a little adventure can lift your relationship to new heights.

Taylor Rees clung to the ice, one slip from the abyss. It was dark— Arctic winters mostly are—and fierce winds and sleet whipped in all directions. She and her team, including her boyfriend, Renan Ozturk, had been climbing out of a steep snow-and-rock gully in Iceland when Taylor veered from the group and found herself in a steeper section. Disoriented, she froze.

Renan called down to Taylor, assuring her that she could do this. He maneuvered close enough to take her 32kg backpack and hand her an ice tool. Her foot slipped and she pressed hard against the rock, eyes shut. “You have to trust me,” said Renan. “Open your eyes and find your verticality, and then you gotta climb out.”

And Taylor did trust him. They’d been in dire situations before, like the time they nearly ran out of food in the Burmese jungle. If she’d been alone or with anyone else, she wonders if she’d have crumbled. But she was with Renan. “I trusted him, took a minute, and climbed out,” she says.

Taylor, 32, and Renan, 38, are exceptional— filmmakers and adventurers who climbed the Grand Teton on their first date and returned there for their wedding ceremony five years later in 2016, several months after the Arctic expedition. And they’re proof of what psychologists and countless couples know: Adventure is a romantic accelerant, the way it exposes your vulnerabilities and brings you closer. (Death risk not required; a rollercoaster ride can also work.) The outdoors is a great way to get to know somebody—and yourself. Try it this summer. Climbers quickly develop the attributes of tight couples: trust, support, patience, communication, and teamwork, along with forgiveness, humour, and other pieces of emotional gear to grind through tough spots. All of it can help you forge a happier, hotter relationship, wherever your base camp is.

Life-or-death moments have a way of sharpening communication.

Chris Weidner, 43, a climbing columnist, and his wife, Heather, 38, a professional climber, live in Boulder. “We put our lives in each other’s hands,” Chris says. “When we belay each other, we put our emotions aside. Our moods don’t matter much. Whether we’re arguing or flirting, we keep each other safe.” They’ve found that skills developed on the rock— like problem solving and clear communication— work in everyday spats too. “I don’t know how other couples get past these things, but for us, climbing works.”

The lexicon on the mountain is precise. “Like police or fighter-jet pilots, serious climbers train to recognize words and signals so they don’t waste time interpreting them,” says Stan Tatkin, Psy.D., M.F.T., a couples therapist in L.A. and author of Wired for Love. In fights, couples tend to react too quickly—the error-correcting parts of their brains can’t keep up, says Tatkin. That’s how misunderstandings turn into blowouts.