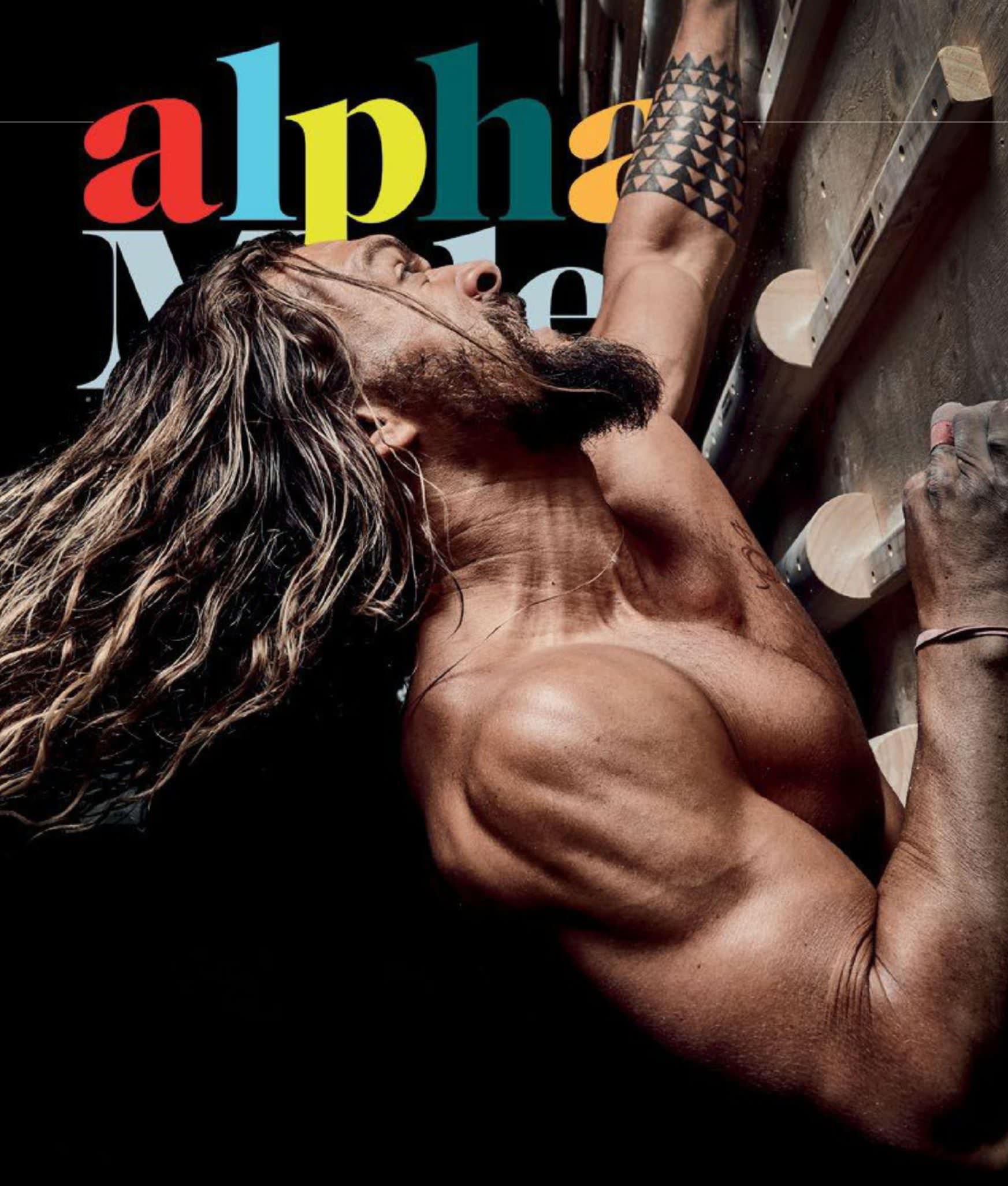 WHETHER HE’S PLAYING A DOTHRAKI WARLORD OR THE KING OF ATLANTIS, ACTOR JASON MOMOA’S ALL-OUT APPROACH TO LIFE TRICKLES DOWN TO EVERYTHING HE DOES, ESPECIALLY HIS TRAINING.

Jason Momoa’s uproarious laughter is hard to resist, even from across the Pacific Ocean. Unfortunately, in this case, I’m the source of his mirth, having just enquired how he feels about closing in on 40. He’s only 39, he bellows down the line from LA. “You did your research, didn’t you?” he says between guffaws. While I want to point out that I’d said “closing in”, the truth is, the way Momoa lives, works and perhaps most importantly plays, the question is kind of ridiculous.

This is a man who doesn’t measure life in units of time but depth of experience. One who appears to live beyond limits, more recently the terrestrial kind, diving into everything – from scale plated spandex to a pint of his favoured Guinness – with the gusto of, well, an amphibious superhuman.

“I’m all about just having the best g*damn day I can have,” says Momoa of his full throttle approach to life. “If my wife tells me we’re having spaghetti bolognese for dinner I will work so much harder because I know we’re going to have a great night. I can train hard as long as I know there’s a reward. As long as I know there’s going to be a barbecue or something fun at the end of the night and we’re going to have a couple of beers and celebrate that’s it for me. I don’t like going to bed not having celebrated something. Life is too short.”

He’s right of course. And it’s an attitude that appeals, regardless of what your age happens to be.

For a character who barely spoke a complete sentence over a two-season run on Game of Thrones, Khal Drogo has had an outsized influence on popular culture. Partly that’s due to GOT’s gargantuan cultural footprint – consider that it wasn’t the established Conan reboot that made Momoa a fanboy favourite but the brooding Dothraki chieftain.

And part of it may be due to the fact that Drogo was absolutely jacked. “With Drogo I could eat and drink and do whatever I wanted to because I just had to put on size,” says Momoa, looking back on his star-making role. Aquaman, however, was an altogether different beast, sorry, species.

For starters, Momoa who stands 193cm, weighs around 110kg and can put on muscle just by looking at a dumbbell, didn’t need size to inhabit the role. “I felt like I needed to stay a little slimmer,” he says, referencing the slighter builds of co-stars like Patrick Wilson. “I didn’t need to put on bulk because it just wouldn’t be right.”