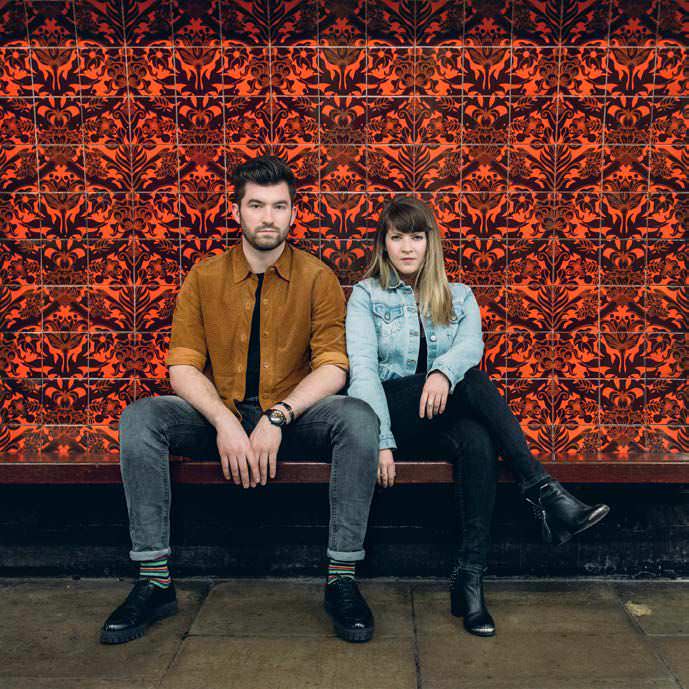 Hot off the release of their third EP, CLOSEST STRANGER, Maverick’s Danielle caught up with the duo taking the UK country scene by storm. Sitting down ahead of their headline gig at the Green Note in Camden, Two Ways Home discussed their journey so far and their drive to bring a little bit of Nashville to the capital.

As with a number of the new generation of duos to grace the country scene, Isabella and Lewis came together to form Two Ways Home – though originally under a different name – while studying music together at university. Isabella, originally from Austria, wanted to explore musical styles beyond the classical realms of her home country and met Lewis while playing in a pop-rock covers band. It was when the two started writing together that they fell naturally into the country style they have crafted since. That style is their own take on the country genre, and what they describe as alt-country. Isabella explains, “It’s a combination of rock, folk, and country, all pushed together.” This sub-genre identification came out of a recognition that ‘country’ can mean different things in different places.

“When we go to Nashville, we’re not really that  country, but when we play over here, people say ‘oh, you’re country’ so there’s sort of a mix of sound.” Lewis concurs; “There are a few other acts making a roughly similar sound to us and there seems to be this little scene of alt-country going on.”

Both influenced by a variety of music growing up, it was the sound of their joint harmonies that ignited the exploration into, and passion for, country music. When we get onto the topic of their biggest influences, Lewis is quick to mention his dad. Though jokingly at first, he goes on to explain:

“My dad’s a singer and guitarist, so the first music I really started listening to was what he played in his band or what we had on in the house. So I was raised on Queen, I think Freddie Mercury is probably one of my biggest idols – Freddie Mercury and Brian May together.”

For Isabella, it was much more on the soul and pop side, citing her main influences growing up as Michael Jackson, Mariah Carey, and other big vocalists. These influences are certainly evident in her live performance, where her powerful vocals beautifully cut above the instrumentals, whilst still complementing the overall folksy feel.