A Rural School Fills Its Empty Seats With Grandmothers 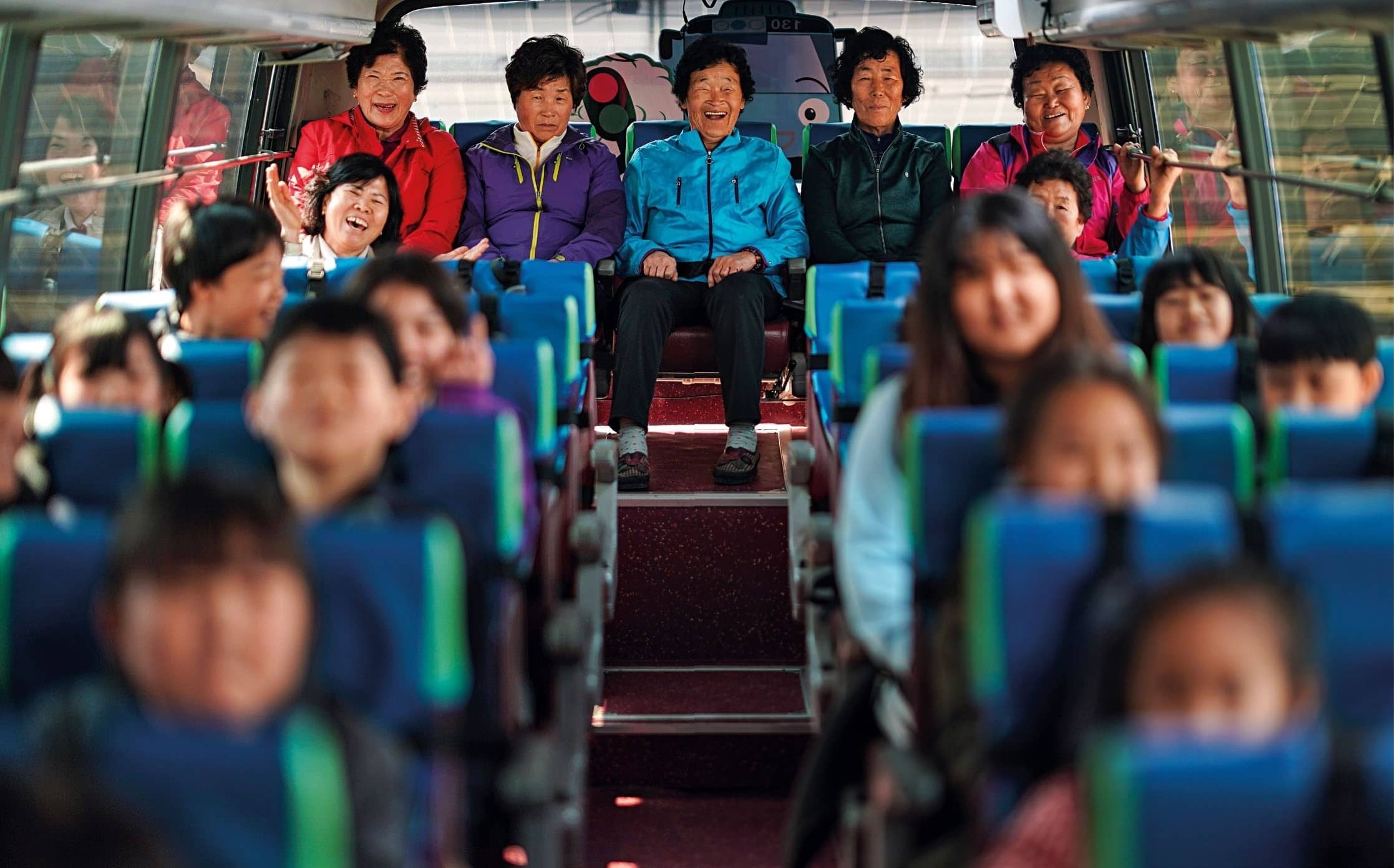 As the birthrate plummets in South Korea, rural schools are emptying. To fill its classrooms, one school opened its doors to women who have for decades dreamed of learning to read.

Gangjin County, South Korea—Every morning on her way to school, Hwang Wolgeum, a first grader, rides the same yellow bus as three of her family members: One is a kindergartner, another a third grader, and the other a fifth grader.

Hwang is 70—and her schoolmates are her grandchildren.

Illiterate all her life, she remembers hiding behind a tree and weeping as she saw her friends trot off to school six decades ago. While other village children learned to read and write, she stayed home, tending pigs, collecting firewood and looking after younger siblings. She later raised six children of her own, sending all of them to high school or college.

Yet it always pained her that she couldn’t do what other mothers did.

“Writing letters to my children, that’s what I dreamed of the most,” Hwang said.

Help came unexpectedly this year from the local school that was running out of school-age children and was desperate to fill its classrooms with students.

South Korea’s birthrate has been plummeting in recent decades, falling to less than one child per woman last year, one of the lowest in the world.

Like other rural schools, Daegu Elementary in Hwang’s district has seen its students dwindle. When Hwang’s youngest son, Chae Kyong-deok, 42, attended it in the 1980s, it had 90 students in each grade. Now, the school has only 22 students in total, including one student each in its fourth and fifth-grade classes.

This year, the worst calamity of all struck the district.

“We went around villages looking for just one precious kid to enroll as a first grader,” said the principal Lee Ju-young. “There was none.”

So Lee and local residents, desperate to save the 96-year-old school, came up with an idea: How about enrolling older villagers who wanted to learn to read and write?

Hwang and seven other women, aged 56 to 80, stepped forward, with at least four others asking to be enrolled next year.

For younger people who want to stay in the area, the future of their town depended on keeping the school alive.