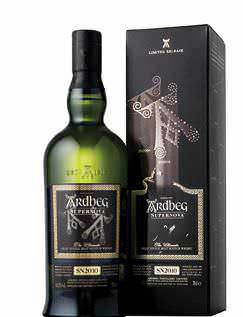 A definitive guide for all those who love the lasting flavour of full-bodied, smoky whiskies.

Single malt and blended whisky drinkers around the world come in two distinct types  those who prefer whisky that has a strong smoky or peaty flavour, and the rest who like their drink to be smooth and gentle on the palate, with maybe just a hint of peatiness. Most of the peaty single malts, including the more popular ones like Ardbeg, Lagavulin, Laphroaig and Bowmore, come from Islay, a rocky island off the southern coast of Scotland.

Peaty whiskies get their distinctive flavor from peat, a thousands-of-years-old collection of decaying moss, shrubs, tree remnants and other vegetation found under the ground; this is used in the toasting of barley, the starting point of making whisky. The heat generated by the peat fire is used to dry and expedite the germination or `malting’ of the barley. That is when the barley acquires the aroma of the burning peat, which gives the whisky its smoky flavour. Naturally, the more the peat used, the stronger the smoky flavour.

The makeup of peat is different in various parts of Scotland and thus influences the nature of the whisky that is produced there. The Islay region is known for its characteristically untamed and fierce style of peated whisky, while the peat found on the Orkney islands in the north lacks tree roots and hence generates less heat, which in turn makes whiskies from this area, like Highland Park, lighter and less smoky.

The use of peat is not restricted to Scotland. Whiskies made in other parts of the world use local peat that give them aromas and flavour that is unique to their topographies. Connemara, the Irish single malt, is distinctly Irish, while famed Japanese whiskies like Yamazaki and Hakushu get their taste from Japanese peat. This is also the case with Amrut, the fast-selling Indian single malt. The smokiness and the earthiness of peated whiskies thus has many variations, as can be seen in this list of the ten best peaty whiskies.