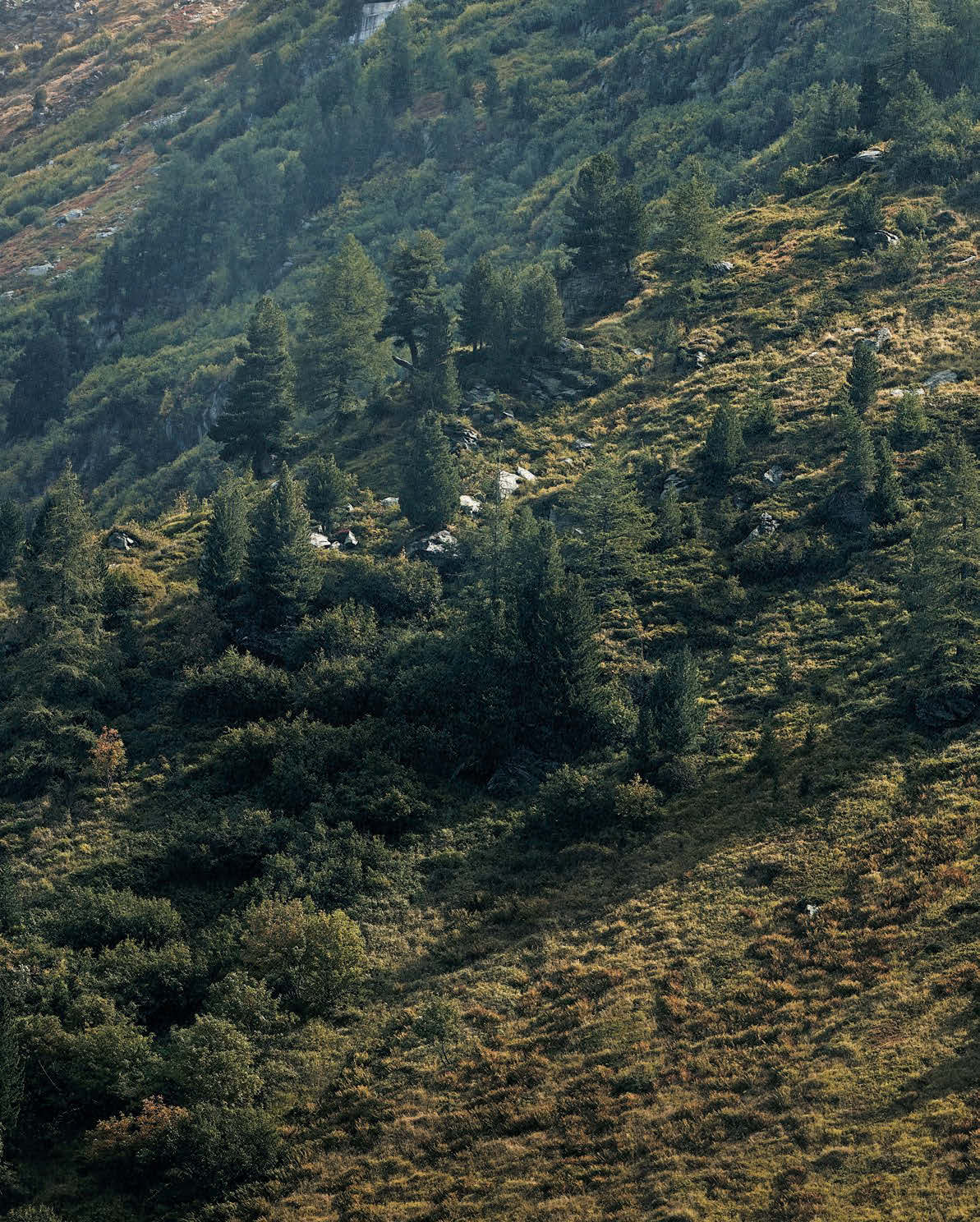 As 007 knows, if you’re looking for a Swiss road trip that’s ripe for a car chase (with potential pit stops for gunfire and gallantry), look no further than the Furka Pass. In Goldfinger, a perma-poised Sean Connery dodges bullets and sneakily scuppers the tyre of his assailant - a ravishing honey blonde - while the Valais canton’s emerald peaks, denim-blue skies and cotton-puff clouds provide a seductively cinematic backdrop.

Photographer Tom Bunning encountered no such difficulties when traversing the Furka, Grimsel and Great St. Bernard Pass in his own Bond-worthy vehicle: a gleaming, shark-grey Range Rover Velar SE R-Dynamic P300 (roomier than bond’s Aston martin). Then Tom began his trip, welcomed by the late September sun, the slopes simultaneously glowed and glowered beneath autumn’s dappled cloak of burnt-gold, russet, umber and olive. This is one of Switzerland’s snowiest regions, so the summits sparkled with white frosting too. 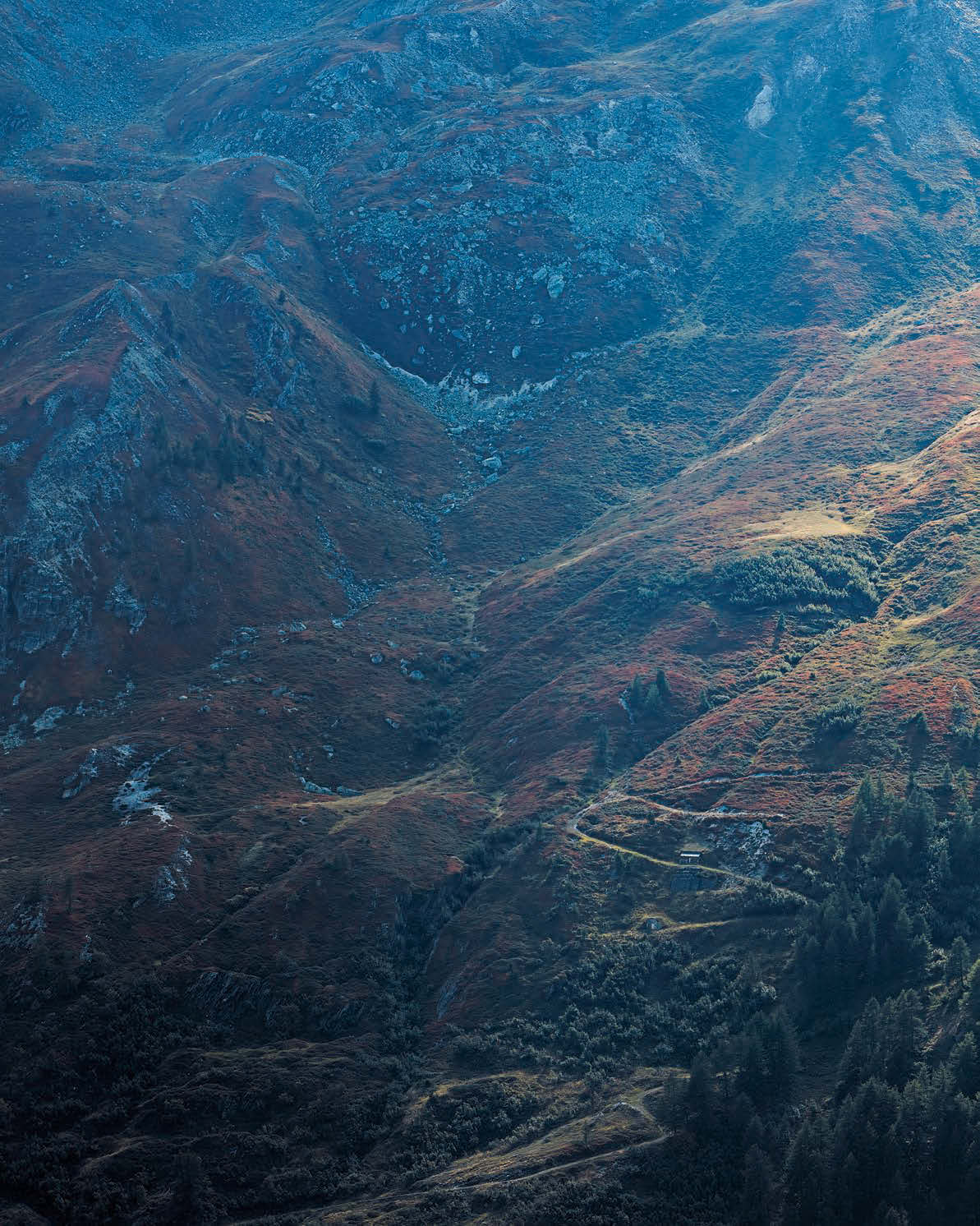 At an ear-popping 2,429 metres above sea level, the Furka Pass is one of the highest mountain roads in the Alps - and one of the world’s most iconic drives. Built by hardy types in 1867, the road over the pass links Andermatt in the canton of Uri with the municipality of Gletsch in Valais. In addition to daredevil challenges galore for drivers, tourists are drawn here by the Rhône Glacier and its shimmering turquoise ice grotto. You can park up on the pass and venture inside the glacier, which stretches for several shiveringly-chilly kilometres. Time your trip right and you might also catch the colourful Furka Pass steam train huffing and puffing its way through the surrounding mountains.