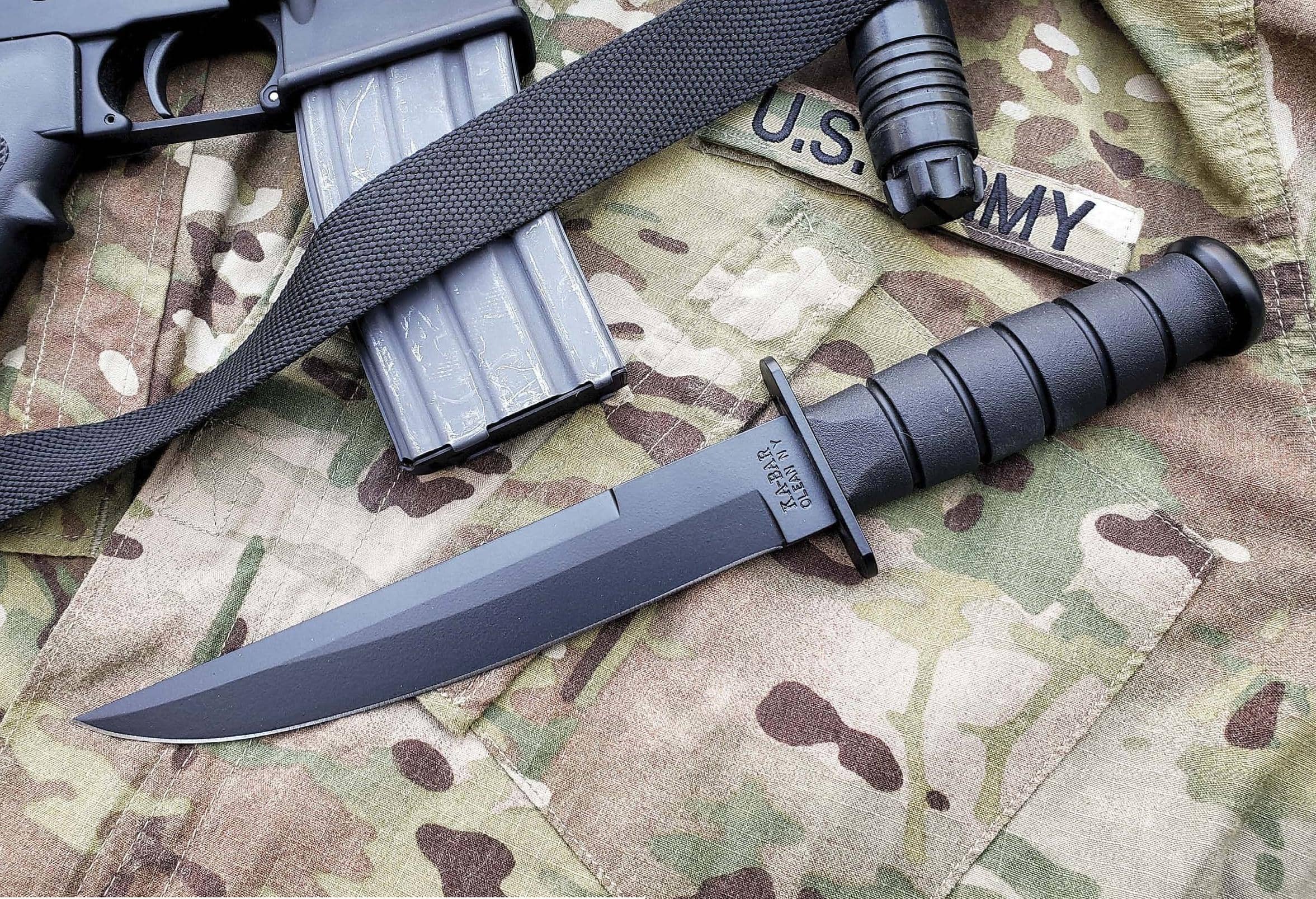 If someone says, “fighting knife,” at least in the US, there’s a good chance that the classic KA-BAR Marine combat knife pops into your head. That doesn’t mean there isn’t room to innovate a trusty classic. The KA-BAR has ridden on the hips of countless servicemen for nearly 80 years. It still soldiers on to this day. Olean, New York-based KA-BAR Knives continues to update its designs and materials, giving end users at the tip of the spear even more options to use what suits them best. The latest example of that is the KA-BAR 1266 Modified Tanto. 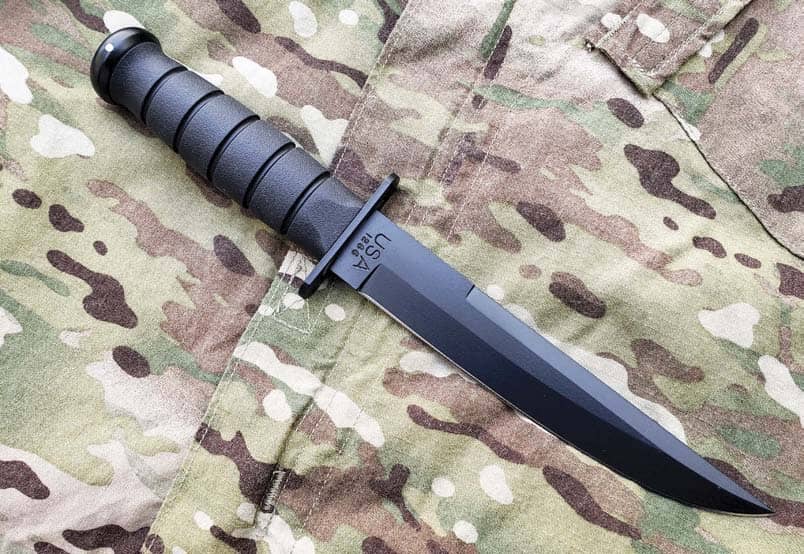 So what is the 1266, and what makes it different from other KA-BARs? The 1266 is actually based upon KA-BAR’s other tanto design: the 1245. Unlike the classic clip point KA-BAR, the 1245 uses an 8-inch blade (as opposed to 7 inches) and an angled “American tanto” style point. KA-BAR calls the 1266 a “Modified Tanto” for two reasons. First, it’s built off the same blade blanks as the 1245. Second, its blade profile is like a historical Japanese tanto, which is much less abrupt and angular than the 1245’s Americanized style.

The 1266’s blade is 0.165 inch-thick 1095 Cro-Van steel, a classic and proven carbon steel (also used in KA-BAR’s other military grade knives). The steel is treated to a 56-58 Rockwell and has a flat grind with a long, false swedge that tapers to a keen point. KA-BAR fits the 1266 with a synthetic Kraton G handle that mimics the style and handling of its stacked leather handles, but is much more resistant to the elements. It has a through tang design, a pinned steel pommel, and a straight, steel double cross guard.