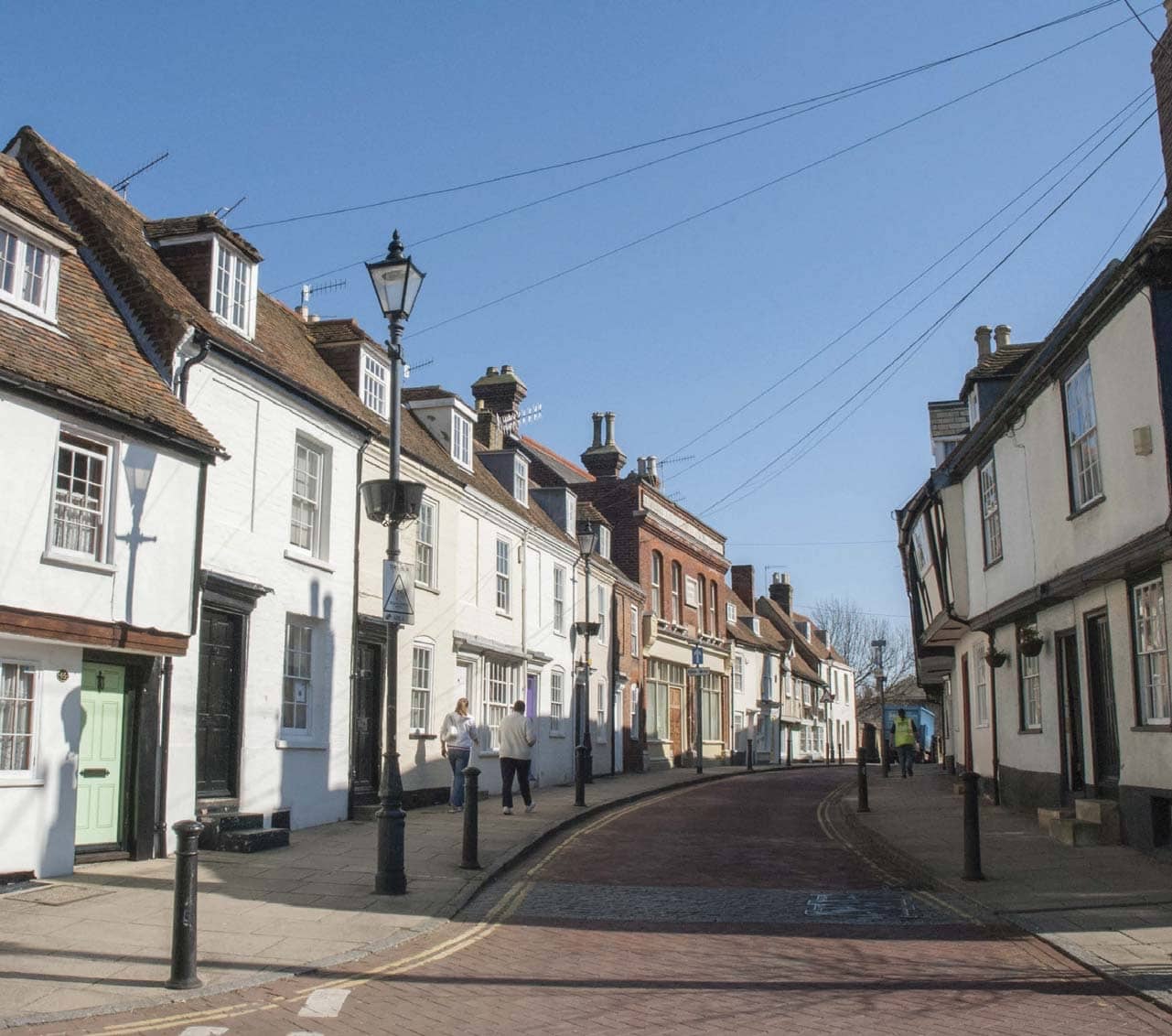 Admired by ancient royalty, set on a peaceful creek and packed with all kinds of attractions for modern visitors, we explore the historic streets of Faversham

This ancient town has played a role in many of Kent’s important stories over the years. Valued for its useful location, set on a sheltered creek with easy access to the Thames estuary and out to sea, the area had already been settled before the Romans formed a town there around 50AD.

Many Roman ruins have been found, and a huge outdoor auditorium was uncovered as recently as 2012.

Later it would go on to become a town of great importance to the Saxon kings of Kent. It was first mentioned in a charter of 811AD, where it was described as ‘the King’s town’, and evidence has been found to suggest it was the kingdom’s summer capital.

By the time the Domesday Book had been written, it was already an established centre for trade and was one of only 42 towns in England to have held a market at the time. In 1148 it would expand again, thanks to another royal fan.

King Stephen of England founded an abbey in Faversham, which was a major feature of the town until it was destroyed during the Dissolution.

But it’s for trade that Faversham is probably best known. With good access to the sea at the time, it became an important port in the Middle Ages, and was recruited as a ‘limb’ of the Cinque Port of Dover.

The nearby iron and wool industries relied on Faversham to transport their goods and the town also became famous for its shipbuilding.

The manufacture of explosives was a somewhat surprising local trade, which lasted from the 16th century until the final gunpowder factory closed in the 1930s.

During the 1800s the increase of housing in London saw the creation of brickfields along this stretch of coast, with the iconic Thames Sailing Barges transporting huge shipments of bricks upriver.

Arguably the town’s most famous industry, beer brewing was started locally by the monks of the abbey in the 1100s. Hops were a major local crop and Britain’s oldest brewer, Shepherd Neame, was established in the town in 1698. The company still calls Faversham home today.