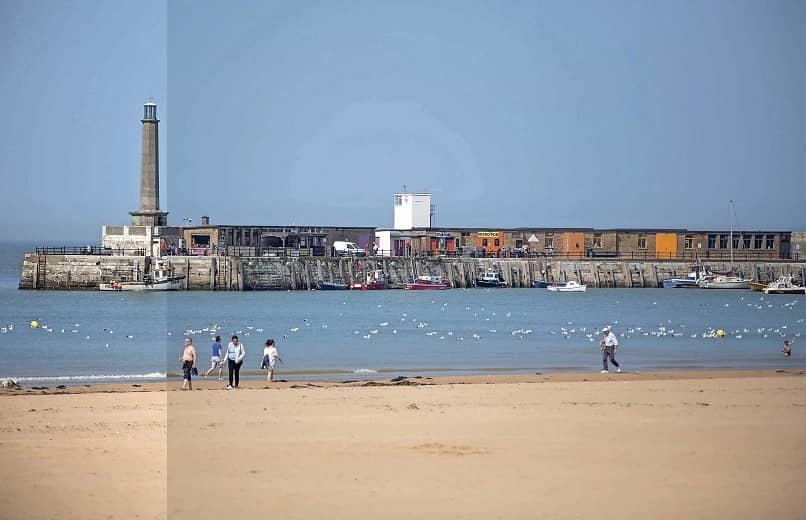 Not all of us are able to visit yet, but Thanet’s trendiest seaside town, Margate, will always be waiting

Almost out on the tip of the Isle of Thanet, there wasn’t much to Margate until the 18th century. A small fishing town, originally called ‘Meregate’, it was little more than a Norman church set on a hill and a cluster of cottages built around a harbour.

All that changed in the 1730s when the fashion for sea bathing and a new obsession with the seaside turned it into a popular holiday resort virtually overnight. With thousands of visitors sailing along the coast from London, and later carried by steam vessels and train, the Thanet coast became known as the Kent Riviera and Margate was the place to be seen for nearly 250 years.

The harbour arm, dating from 1810, encloses the small harbour and the shacks along it have been converted into quirky little shops and eateries. Close by is where Margate’s most famous fan, the artist JMW Turner, lived with his landlady and companion Mrs Booth. Today a statue on the head of the harbour arm remembers her.

Nearby, the old Sea Bathing Hospital is an impressive building where patients would come to convalesce in the healthy sea air and dip in the waters. Now mainly flats, its grandeur is a testament to the high regard the town was held in. And all around Margate there are architectural gems; Cecil Square was the first Georgian terrace to have been built in a seaside resort.

Margate’s heyday lasted right through to the 1960s, but it saw a steep decline in the 1970s. Cheap air travel made British seaside resorts almost instantly unfashionable and as tourism dropped, the local economy suffered.