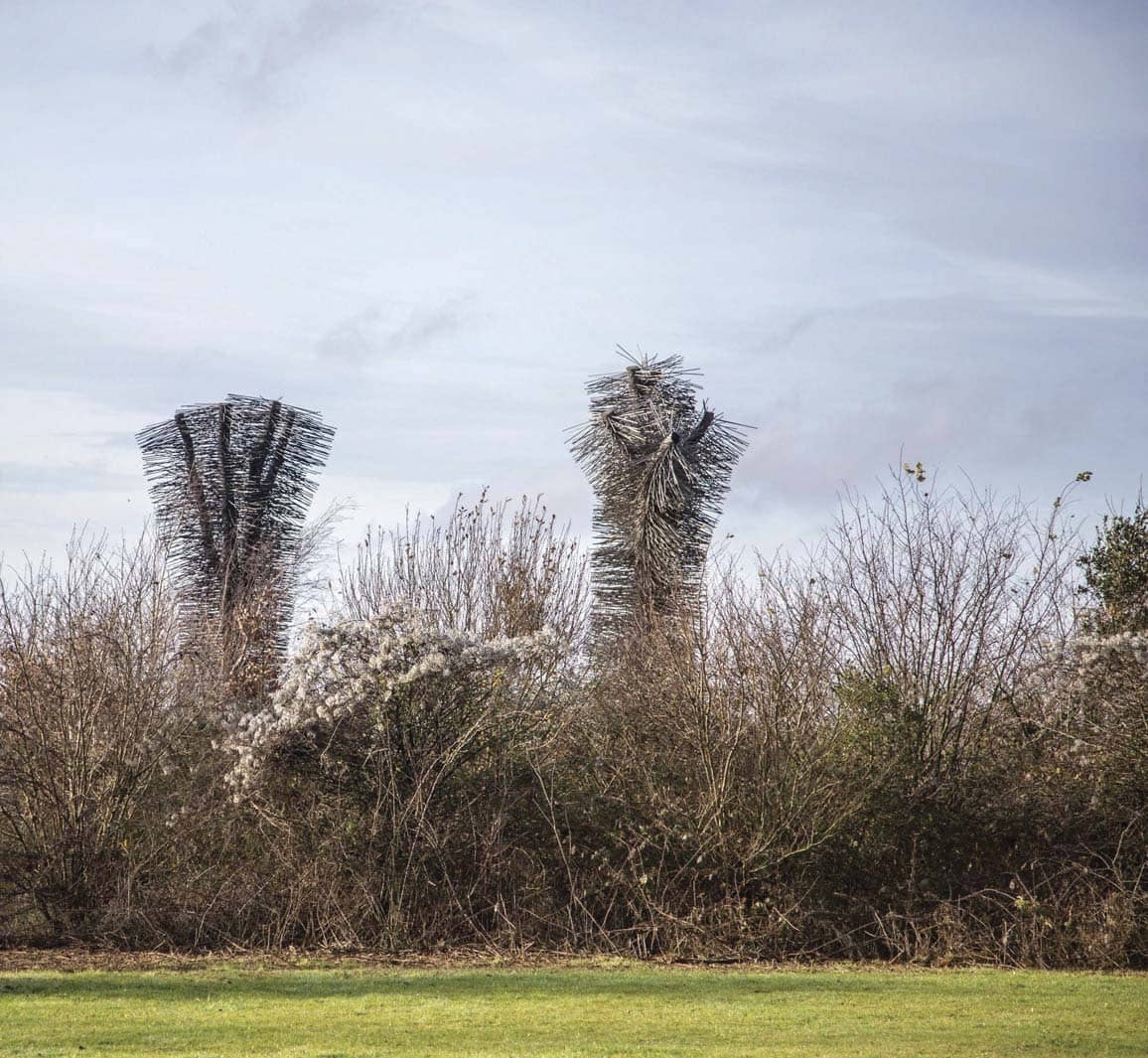 With Ash dieback on the increase, we look at how a Kent project is celebrating this much loved tree’s special place in local culture

If the English were asked to nominate their choice of national tree, the majority vote would almost certainly go to the oak, but they wouldn’t be wrong to go for the ash.

In Kent, the county with the largest surviving acreage of ancient woodland, the latter is the most populous tree on the undulating chalk escarpments of the Kent Downs, stitched into the fabric of the local heritage.

So it’s fitting that at the top of a blustery North Downs hill, with serene views across the Weald to the Greensand Ridge, stands a beautiful monument to a muchloved species.

Ash to Ash, unveiled in the summer of last year, consists of a pair of monolithic sculptural artworks created by Ackroyd and Harvey, the multi-disciplinary artist team of Heather Ackroyd and Dan Harvey.

It’s not their first tree-themed project, the pair having produced History Trees for the Olympic Park in London in 2012, but the story behind Ash to Ash has a special cultural resonance.

The species has an extremely productive hardwood, yielding more timber than any other native British tree except beech. In Kent it also has immense historical value, says Madeleine Hodge of the Ash Project.

Under the aegis of the Kent Downs Area of Outstanding Natural Beauty, she has overseen the Ash to Ash installation as part of a broader initiative called The Ash Project.

“Kent in the medieval period was divided into hundreds, each of which had a body of men trained and ready to bear arms for the king,” she explains. “It became known as the archer’s county, and with the supply of ash being so plentiful, it was seen as the archer’s wood, used in the making of arrows and longbows.

It was this that gave the artists some of the inspiration for the Ash to Ash sculpture, which consists of the stripped, treated and charred trunks of two felled trees, and 11,000 ash arrows hand drilled and dried, and inserted into the trunk.”

The twin trees form a single sculpture standing 10m (33ft) high in White Horse Wood Country Park on the outskirts of Maidstone, at the top of a road that winds up beyond the Norman ruins of Thurnham Castle.