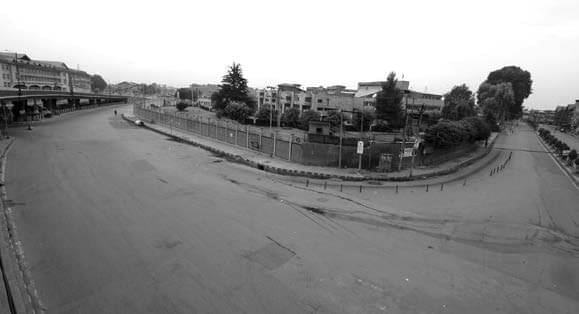 As the Kashmir lockdown and communication blockade gets into third month, people expect the court interventions may actually offer some relief. In cases challenging the Kashmir reorganization, however, the Supreme Court has posted the hearing for November 14. The judicial interventions have already triggered a quick follow-up in case of detention of minors since August 5, reports Tasavur Mushtaq

September 30, when normal life continued to remain disrupted for the 57th consecutive day in Kashmir, Chief Justice of India, Justice Ranjan Gogoi, as head of the three-judge special bench hearing the clutch of petitions related to Jammu and Kashmir on immediate basis, observed there was “no time” to consider the cases. His bench is already embroiled in another constitutional matter involving the Ayodhya title suit case; newspapers quoted the Chief Justice’s observation.

“We don’t have time to hear so many matters. We have a Constitution Bench case going on... These petitions will be heard by the Kashmir Bench.”

(The ‘Constitution Bench case’ here refers to the Ayodhya appeals entering the 34th consecutive day of hearing on September 30. Two judges of this Bench Justices Gogoi and S A Bobde were hearing the J&K lockdown petitions.)

The decision was adversely commented by sections of the media and even lawyers. “Ayodhya is a long-running dispute and Kashmir is the current crisis involving liberty and right to life of more than seven million people,” one female lawyer said, requested she not be named. “Supreme Court has 34 judges and Kashmir cases could have been allotted to different benches for speedy hearings.”

On October 1, the first day of hearing of petitions challenging the Centre’s unilateral move to abrogate Article 370, the constitutional bench (Kashmir Bench), led by Justice Ramana, granted the government four weeks time to file the counter-affidavits. Now it will be taken up on November 14.

The bench refused the petitioner’s request that not more than two weeks be given for filing of counter affidavits. “We have to allow the centre and the J&K administration to file counter affidavit otherwise we can’t decide the matter,” the bench observed.

By the time the court will hear these cases, the Union Territory of Jammu and Kashmir and Ladakh would be two weeks old. The laws would have been changed and the systems and processed shifted to suit the new set-up.

Besides, the apex court put an embargo on filing of any fresh writ petition challenging the constitutional validity on abrogation of Article 370. “We can’t have an unending process of filing of writ petitions in the matter. Whatever has been filed has already filed. It (filing of fresh petitions) must stop,” the bench observed, directing the Registry against accepting a fresh plea.

The bench rejected the petitioners’ plea that under the new legislation, the state of J&K would become two separate union territories on October 31, and thus there was a need for an urgent hearing and also granting status quo as “hearing the pleas after October 31 would render them infructuous.” The Hindu quoted Justice Ramana’s observation: “This court can put the clock back, if we decide the matter in your favour. But we cannot hear the matter without getting a response from the government.” 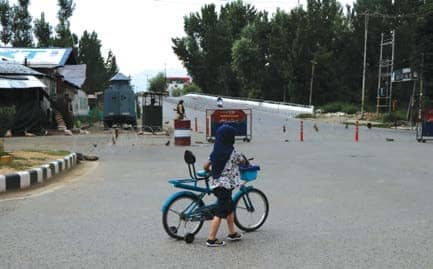 The first day of the Kashmir Bench marked the completion of almost two months of Kashmir lockdown. While the governor’s administration started attempting restoration of the school education (it did not take off), the preparations for the Block Development Council polls started. At the same time the state government started making preparations for the yearly durbar move to Jammu for a six-month stint.

There has not been any alteration in the security deployments and the markets are exhibiting the same tensions that were there for last two months. Though the government insists that the restrictions are imposed in some limited areas, the strike continues to be in force. The markets open for a few hours early mornings or late evenings. Public transport is off the roads. The apple growers are yet to harvest the fruit and chances of a major loss to an estimated Rs 10,000 crore economy are feared.

Since a number of people for a varied set of reasons had gone knocking the doors of the highest court in state and centre, there was an expectation that some relief at some level may come. a number of the ongoing

Justice BR Gavai, hearing a group of petitions on restrictions in Jammu and Kashmir, observed that personal liberty “will have to be balanced against the requirements of national security.” The oral observations came in response to an argument by senior advocate Santosh Hegde, who pleaded: “Liberty does not mean mere animal existence. Right to communicate with loved ones is included in the right to liberty.” While the government asserted that 100 percent landlines are working in Kashmir, Solicitor General Tushar Mehta, appearing for Jammu and Kashmir administration, told a bench that if mobile and internet facility were resorted, then fake WhatsApp messages would be circulated from “across the border” and it might incite violence there.