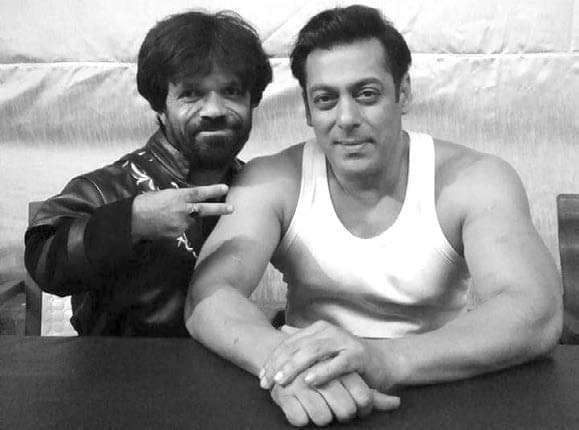 Tariq Mir has earned fame and a role in a Salman Khan starrer for being a look-alike of the Hollywood legend, reports Umar Khurshid

A Hollywood actor Peter Dinklage has a face that the people cannot forget once they see him on screen. The 50 year old actor received universal acclaim for portraying Tyrion Lannister on HBO television serious Game of Thrones that tells the story of nine noble families vying for control of the Iron Throne. But off-late, it was also presumed that Dinklage was on India tour in disguise when a man resembling Dinklage’s character Lannister was spotted by the fans in Kashmir.

A resident of Bumthan village in Anantnag, Dinklage’s lookalike, Tariq Mir, 33, with the same messy hair and scraggly beard, has earned a worldwide attention for being a doppelganger of a Hollywood star. Besides playing Lannister’s character at several government-organized shows in Kashmir, his appearance fetched Tariq a role in Bharat, a movie starring India’s mega star Salman Khan. Following this role, the actor acted in a number of national advertisements.

“I was recently approached by two more directors offering roles to me,” says Tariq, who is planning to leave for Mumbai once the roles are finalized.

“That was the first time, I performed on stage,” Tariq says adding he was appreciated by both teachers and students which piqued his interest in acting.

Two years later when Tariq was enrolled at Higher Secondary

Anantnag for +2 studies, he performed a King’s role. “For the role I received both awards and accolades from the teachers,” Tariq says. “I was honored with the first position.”

Later, he was sent to compete with other artists at different places. At Pahalgam, he participated in an inter-school competition and secured first position.

Tariq performed the same King’s role and he was yet again awarded by the chief guest and the then minister Mangat Ram Sharma. The interschool competition was participated by the hundreds of students belonging to different schools of Anantnag.

Tariq says he became a popular actor in the area thereafter. A year later he was called to perform at January 26 and August 15 functions held at Anantnag police lines. In 2006, a local drama director gave him a role in three Kashmiri dramas. Following that he shifted to Srinagar to essay more roles in Kashmiri dramas.