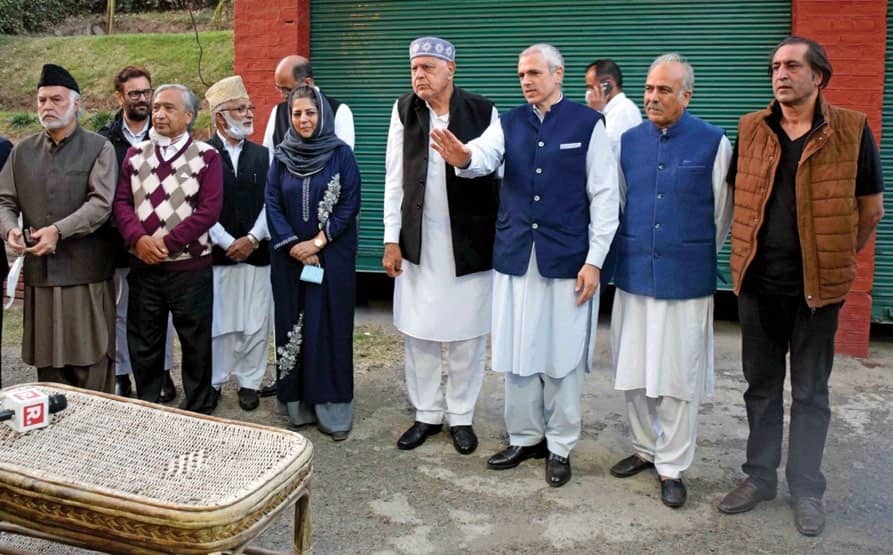 After dismembering the Jammu and Kashmir state and downgrading it to twin Union Territories, the focus of reorganising is now the third tier of governance which is being changed uniquely and irretrievably, reports Masood Hussain

Ever since the hollowed Article 370 was read down and the state of Jammu and Kashmir was reorganised into two federally managed Union Territories (UT), the process of reorganisation is still an ongoing project. Interventions are taking place on daily basis and quite a few come to the public domain.

The most recent is the tweaking with the Panchayat Raj law that would envisage an election across Jammu and Kashmir to create a brand new tier – the District Development Council (DDC) in all the 20 districts, 10 each in Kashmir and Jammu. A process is underway to identify 14 ‘territorial constituencies’ in each district and the new superstructure will be placed over the entire developmental tier starting from the Panchayat. Under this new system almost 60 lakh people are expected to vote to elect 280 members to the 20 DDC across Jammu and Kashmir. However, voters who have already elected their representatives in the local bodies’ elections – municipal committees, municipal councils and municipal corporations – will not vote because they are outside the DDCs control.

The Union Cabinet presided over by Prime Minister Narendra Modi approved the amended Jammu and Kashmir Panchayati Raj Act, 1989 the amendments were piloted by Ministry of Home Affairs, the de facto ruler of Jammu and Kashmir on October 16 – that will pave way for the creation of DDCs through a direct election.

The law envisages a three-tier system under the Panchayat Raj – the Panchayat at the grassroots level, the Block Development Council (BDC) at the block level and the DDC at the district level. The original law envisaged the election of Panchs and Sarpanchas directly. For the second tier, the elected Panchs and Sarpanchs were voting for the BDC. It was the DDC that has seen the change. Under the normal practice, all elected members in a district – the BDCs, the state legislative assembly, the state legislative council, the Lok Sabha and Rajya Sabha were automatically members of the DDC and it was presided over by a cabinet minister, usually from the same district. This has been changed. Now, the DDC will be a 14-member house and all the members will be elected directly. Once elected, they will choose their Chairman and Vice-Chairman.

“Now, we have a three-tier system in Jammu and Kashmir also,” Prakash Javdekar told reporters while announcing the cabinet approval to the DDC. “This was promised by the Prime Minister in Kashmir, and it was promised by the Home Minister in Parliament. Now that stands redeemed. Now there will be early elections, and the power to manage local bodies will go to the people.”

DDC are replacing the District Development Board’s (DDB) that have remained the key unit of identifying and prioritising the developmental requirements of the district. Since most of the members were directly linked with the key elected bodies in the state assembly and the Lok Sabha, the DDC decision-making was automatically becoming a priority for the legislative bodies. Till 1998, DC would head the Council. Then DC became the member secretary as Chief Minister or his nominee would head the council. It would meet once in a year and decided the developmental priorities.

Though the MLAs of the district will continue to be the members of the DDCs, an overwhelming number of DDC’s directly elected members will prevent, what is being said, as their monopoly. The members to DDC will be elected on a 5-year term and the additional DC will be its Chief Executive. Supposed to meet every quarter, the DDC will be responsible for overseeing the functions of the Halqa Panchayats and the BDCs in addition to the line departments in the district.

The amended law also suggests the creation of District Planning Committee under the leadership of the local MP with MLAs, heads of DDC, BDCs and the municipal committees, the DC and the ADC as members. It will identify the district developmental priorities and annual district plans.

POLLS BY THIS WINTER

Reports appearing in the media suggest that the elections to the DDCs will take place any time in the next two months n non-party basis. It is expected to be a seven-phase exercise. How the “constituencies” will be carved out and what will be the process of the elections will be soon anytime in the next 15 to 20 days. Some of these segments will be reserved for women, STs and SCs for which the process is underway.

The elections to the two tiers have already taken place. Within months after the BJP pulled out of the BJPDP coalition, the administration of governor Satya Pal Malik held the 9-phase Panchayat polls on non-party basis, ending December 11, 2018. Kashmir-centric parties, the NC, the PDP and the CPI (M) stayed away from these polls but Peoples Conference, Congress and others participated. They, however, did not ask people to boycott the exercise.