Beyond Salute To Service 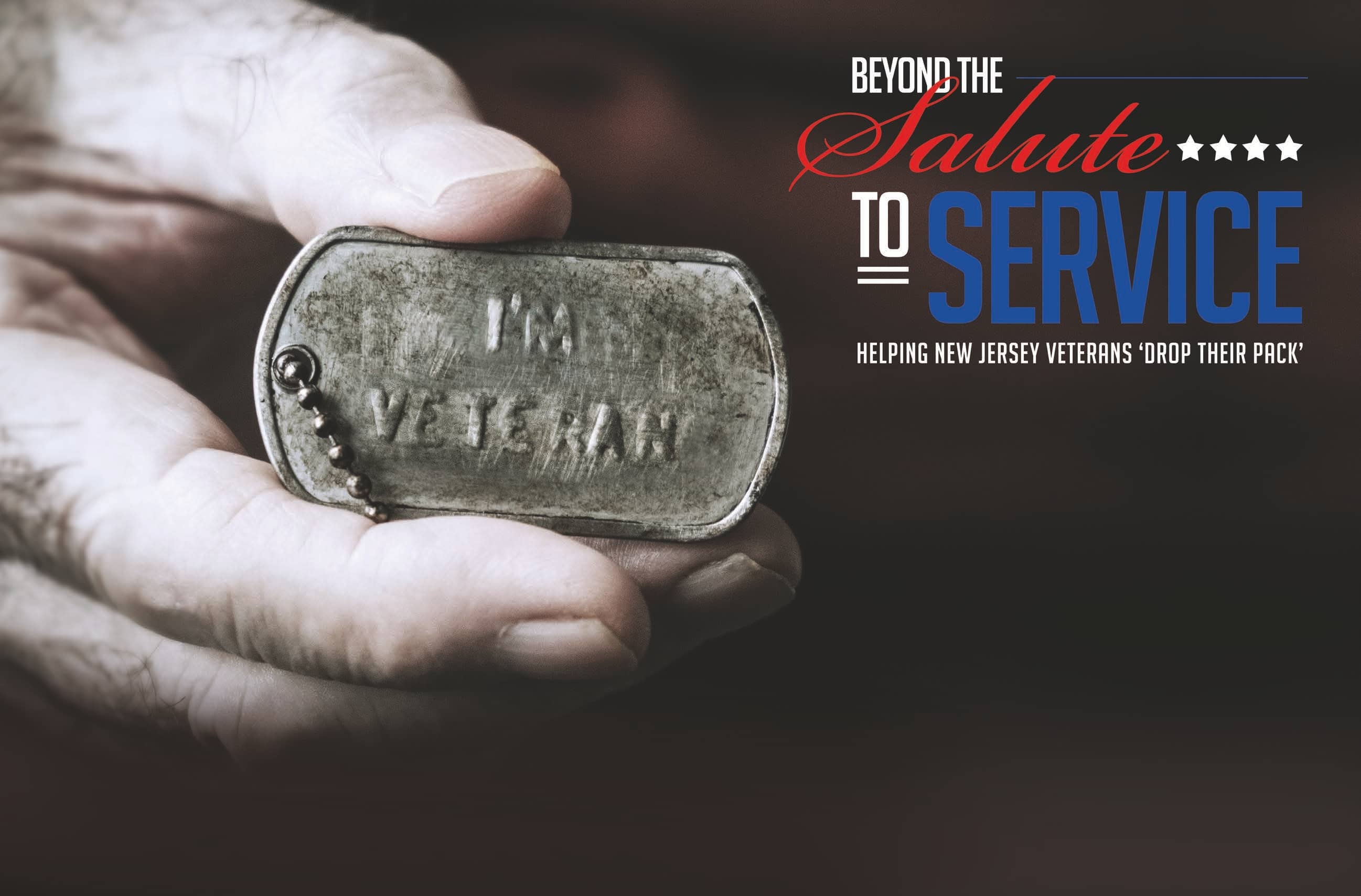 Spend some time talking with New Jersey’s military veterans and you quickly learn that one of the biggest struggles they face upon returning to the Garden State is feeling as if they no longer belong here. Over time, that sense of isolation can create even more challenges, including homelessness, unemployment, depression and suicide.

New Jersey is home to more than 400,000 veterans, according to the most recent census, but fortunately there are many organizations in the state that aim to ease the burden that many vets feel when they’re back on home soil, providing resources available to find jobs, housing and access to mental health professionals. Many of those groups were founded by veterans who recognized the need to help their fellow servicemen and women and dove in to help.

For Dennis Addesso, a former Marine sergeant, two tours in Iraq were nothing compared to trying to acclimate back to civilian life once he left the military.

“I just wasn’t me anymore, and I was down all the time,” the Toms River resident said. “I was trying to fill a void that the Marine Corps left in my heart.”

To compensate, Addesso, 40, said he began overeating and drinking too much. Eventually, despite being married with two children, he ended up taking a job that brought him back to Iraq and the high-stress environment he “craved.”

The pending birth of a third child brought Addesso home for good, where he cycled through a series of civilian jobs and found his life — and his marriage — beginning to unravel. “My life was crap, and I became suicidal,” he said, explaining that he would drive erratically at night, sometimes without his car’s lights on, hoping for a crash that would look like an accident.

As a last-ditch effort to save his marriage — and really, his life — Addesso attended a five-day program out of state and it was there he was finally able to “drop (his) pack” — the emotional bag he’d been carrying around with him since returning home. And that turned his life around.

He decided, along with his brother-in-law, to launch his own organization to help veterans in New Jersey, which they called Ma Deuce Deuce (Ma22), a nod to the 22 veterans who take their lives each day. Ma22 provides the camaraderie that many veterans miss after leaving the military.

“You come home and people don’t understand you anymore,” Addesso said. “We’re missing that family aspect that we had while in the military.”

MORE STORIES FROM JERSEY'S BESTView All