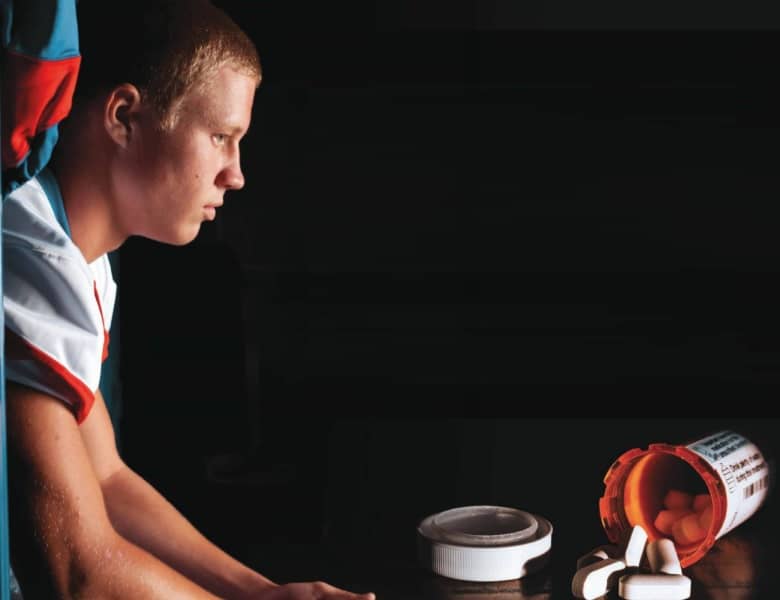 Don Rogers felt his ankle snap, and instantly the world around him shattered.

He had been a freshman starter on the varsity soccer team at Egg Harbor Township High School in south Jersey, a blossoming star with a limitless future on the pitch. But the devastating injury in 2001 suddenly took away the game he loved — and without soccer, Rogers, then just 15 — was staring down a gigantic emptiness in his life.

That’s when he said friends offered him a couple pills that would help numb the pain and make him feel better, both physically and mentally. The pills were Percocet and Vicodin, two potent and highly addictive opioid pain medications.

“That got me through all that depression,” Rogers said. “That fi lled the void that I had when I wasn’t playing soccer.”

Rogers said the introduction to opioids his freshman year served as “the spark, the starter kit of my addiction.” Throughout the rest of high school, he said he tried several types of drugs and spiraled deep into addiction, even as he kept playing soccer and somehow performed well enough to earn a scholarship to Rider University. But when he showed up for his freshman season nearly 40 pounds underweight and unable to pass a conditioning test, Rogers said he was redshirted (withheld from game competition) and his descent only worsened.

“I left behind a full ride to Rider, a soccer career, family — everything pretty much dissolved into nothing,” Rogers said. “Drugs were my new love. That was my new relationship. That was what I believed in at the time.”