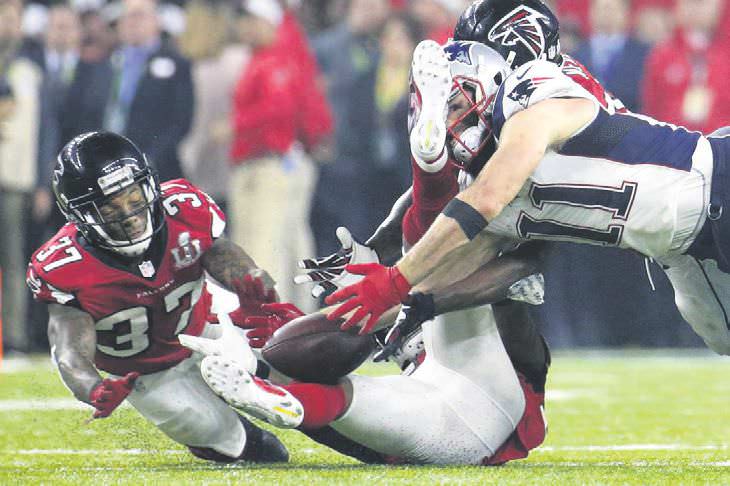 The New England Patriots produced the greatest comeback in Super Bowl history to beat the Atlanta Falcons 34-28 in overtime and claim a fifth title in the most dramatic of circumstances.

The Patriots trailed by 25 points in the third quarter but recovered to level at 28-28 and force the extra period - the first in Super Bowl history. Atlanta went ahead when Devonta Freeman capped an impressive half by rushing for a touchdown, while Ryan connected with Austin Hooper for the second a short time later.