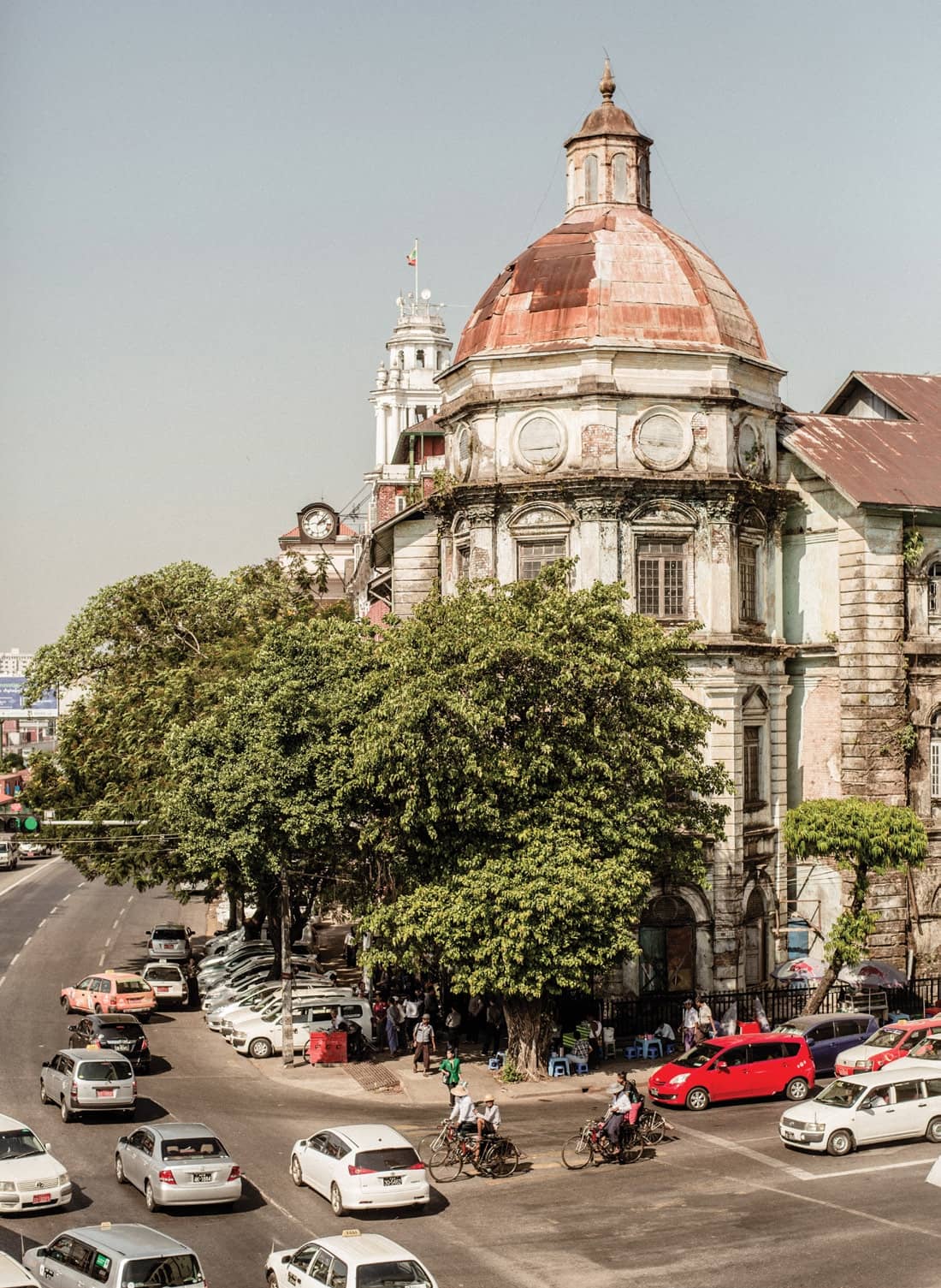 Entrepreneur and art patron Ivan Pun takes us for a walk through Yangon, Myanmar to explore its fascinating history and its rich, thriving art scene.
Coco Marett

Yangon is a city that builds among, rather than against, its ruins. Stately heritage buildings loom over a classic Southeast Asian scene of smoky street food stalls and swarms of scooters. Early mornings are particularly lively, as women sashay while balancing bags or baskets filled with produce on their heads, and men—many dressed in the traditional saronglike longyi—crouch over small plastic stools for morning coffee and banter. Monks roam around the city, barefoot and often with a briefcase and smartphone in tow.

It was only seven years ago that the veil was lifted on Myanmar, also known as Burma. The once closed-off nation’s military government began transferring power to civilian leaders in 2011, and subsequently opened the country to visitors the following year. Since then, it has been growing and developing at whiplash speed, but it’s doing so on its own terms. 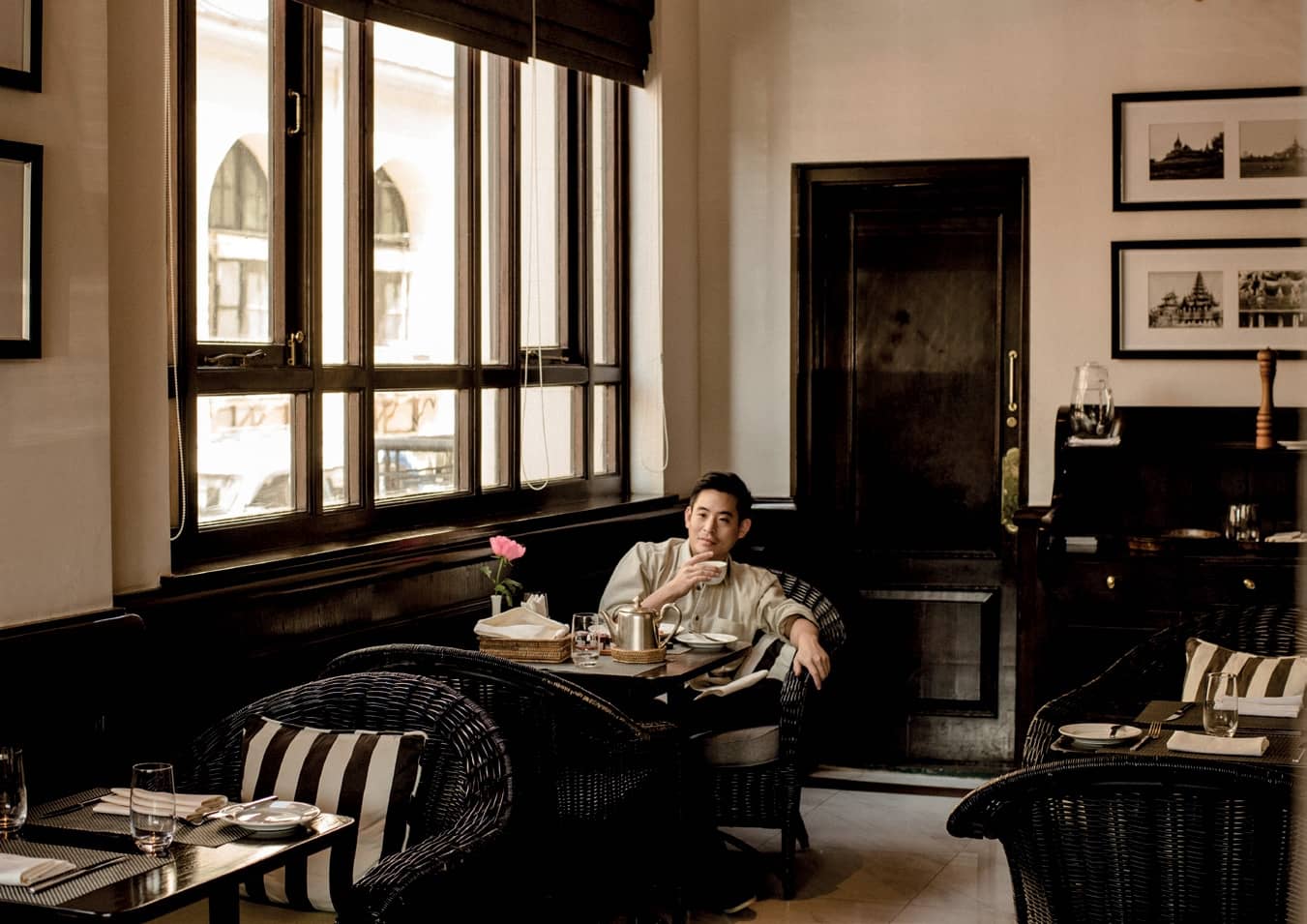 There’s a strong and proud sense of identity in Myanmar that holds fast to authenticity. In Yangon, the country’s former capital once known as Rangoon, you won’t find a McDonald’s or 7-Eleven. Instead, you’ll uncover boutiques by designers harnessing tribal weaving techniques and restaurants showcasing traditional flavours from the country’s different regions. There’s a clear desire to do things in a way that’s uniquely Burmese—to modernise what’s already there rather than completely redefine itself. 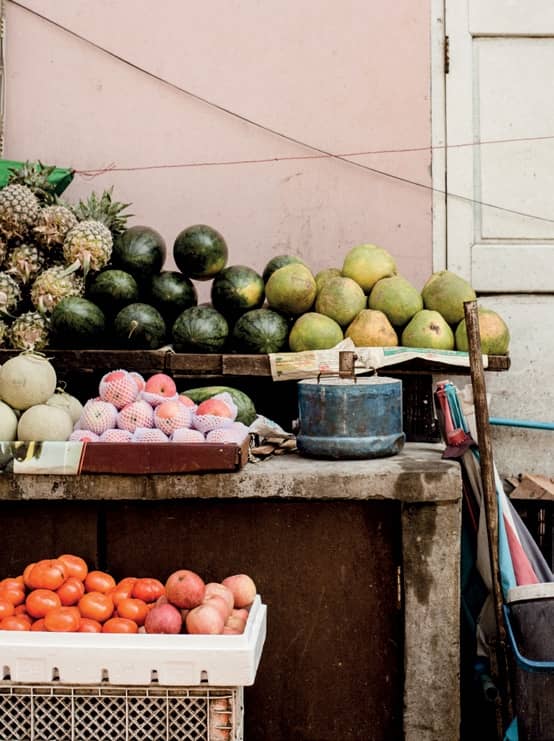