MATERIAL WORLD
Tunakaimanu Fielakepa, the Dowager Lady Fielakepa, is the world’s foremost authority on koloa, an intricate and ancient textile-making practice from the Pacific island of Tonga. Now, for the first time, she’s curated an exhibition abroad—and it’s in Hong Kong
In Tonga, there are long-held traditions about wedding presents. “From the boy’s side, the family give lots of pigs and food to the bride’s family,” explains 83-year-old Tunakaimanu Fielakepa, the Dowager Lady Fielakepa, a stateswoman of the Polynesian island nation. “And the girl’s side present koloa to the groom’s family.”

Koloa is an overarching term for textiles made by Tongan women. The practice takes many forms, including ngatu, a cloth normally made from bark and inscribed with intricate patterns and symbols in dark inks; ta’ovala, mats woven from strips of pandanus leaves; and kafa, rope-like creations of braided coconut fibre or, sometimes, human hair. Certain koloa are saved for one-off ceremonial occasions, then stowed away; others, such as ta’ovala mats, are worn multiple times a week. “They are not made to be exhibited—they are private, family things that we use,” says Fielakepa. “They have a purpose—we make them to wear to church on Sunday, and for occasions such as weddings and funerals.” 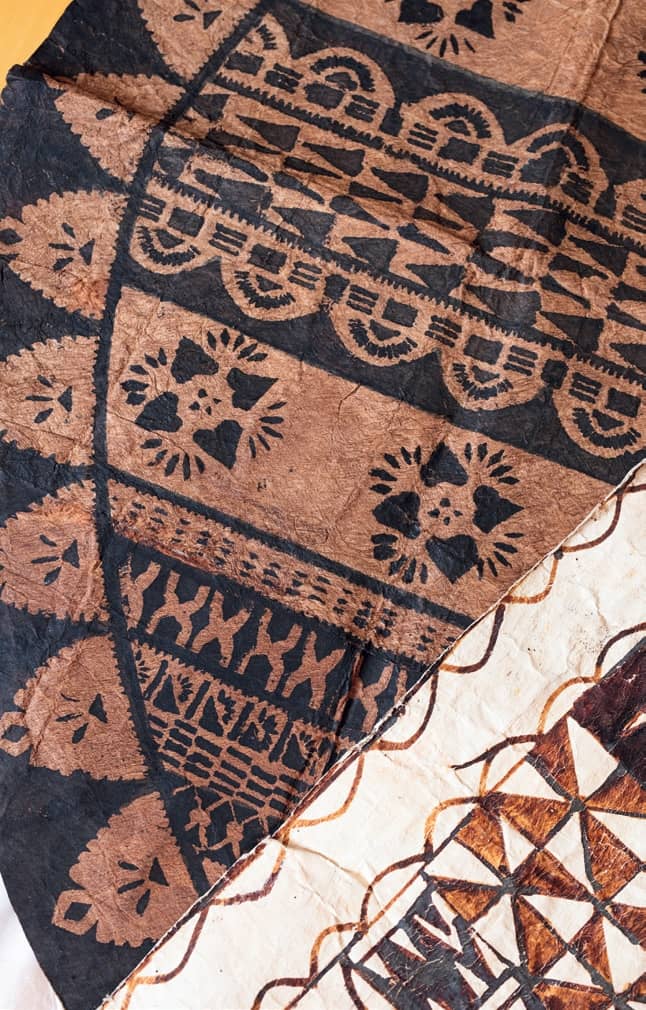 But last year, for one of the first times ever, koloa was exhibited as art. Cosmin Costinas, director of Hong Kong’s Para Site art space, and Vivian Ziherl, artistic director of Frontier Imaginaries in Amsterdam, travelled to multiple Pacific islands in late 2018, when they met Fielakepa. “We met her at the Langafonua Centre, which is an association for promoting the arts of women that she is very much involved in,” recalls Costinas. The pair persuaded Fielakepa to exhibit works from her extensive collection of koloa, some of which have been passed through her family for generations, and a show was held at Langafonua last August. “It opened my eyes,” says Fielakepa. “They had the ngatu hanging from the wall and the ceiling [ngatu are normally displayed flat]. It was beautiful.” 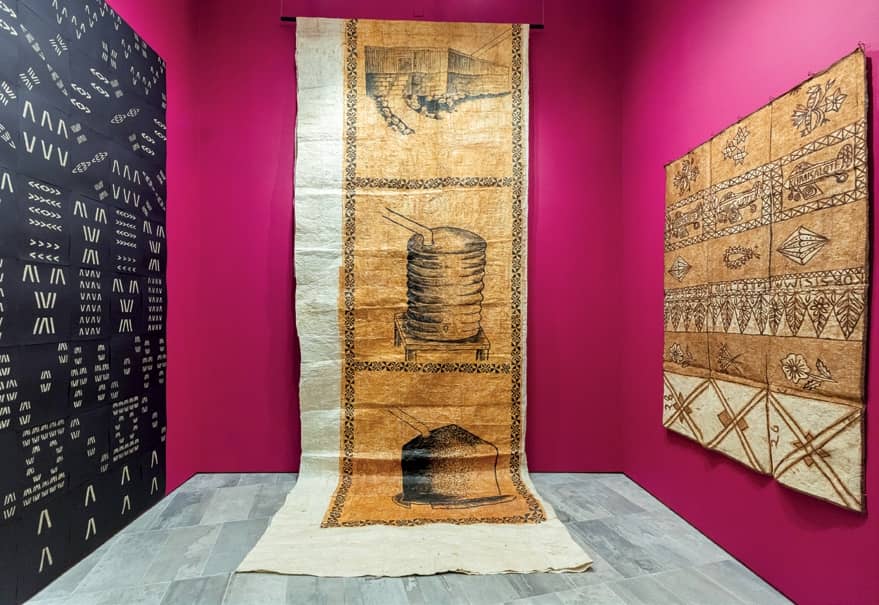