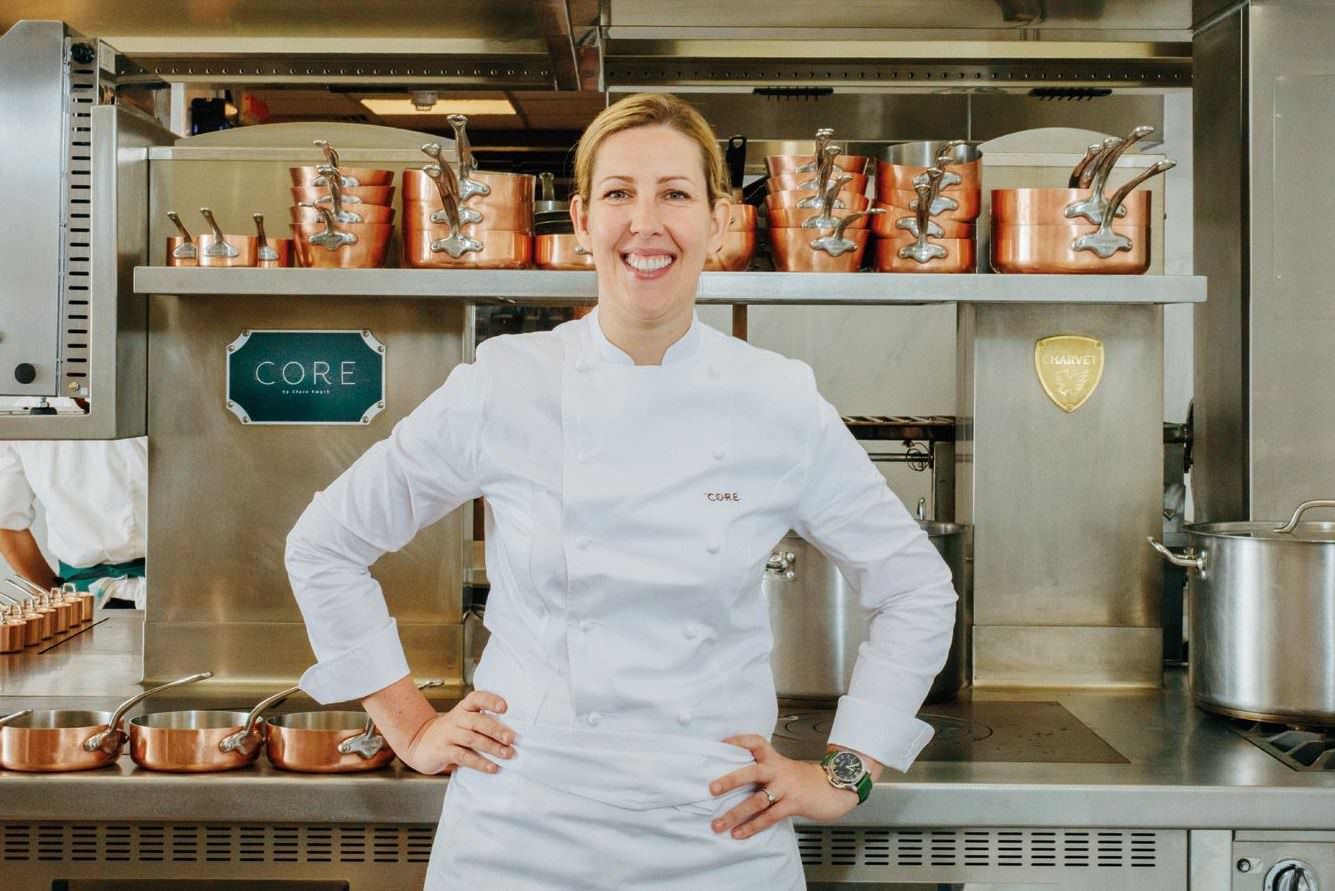 With awards accruing at a rate of knots and her London restaurant recently scoring two Michelin stars, Clare Smyth talks to Melissa Twigg about her meteoric rise in what for too long has been a man’s world.

It must be odd winning a prize so many of your peers think shouldn’t exist. Clare Smyth, of the acclaimed London restaurant Core, was named top female chef at the World’s 50 Best Restaurant awards gala in Bilbao in June. While some chefs celebrated this new category, others objected to the idea that women should be separated from men, calling it variously ridiculous, outrageous, outdated and bizarre.

Smyth—tall, blonde and poised—seems like an uncombative type. When I interviewed her on the first real day of autumn in London, she merrily chatted away about how the new season would influence her menu, which is famously vegetable based and focuses on local ingredients.

“We’re pretty British at Core. It’s who we are—our identity and culture. There has been so much change in British cuisine in the last few decades. Fine dining used to be French but now it’s the British chefs who are at the top of their game and making the most of their own produce. It’s important, particularly when people are travelling, to go and eat somewhere and get a real sense of place.”

Smyth herself fits neatly into the national stereotype, managing that tricky British balancing act of being both self-deprecating and self-assured. She is clearly passionate about her subject but is entirely lacking in the kind of arrogance successful chefs are famed for.