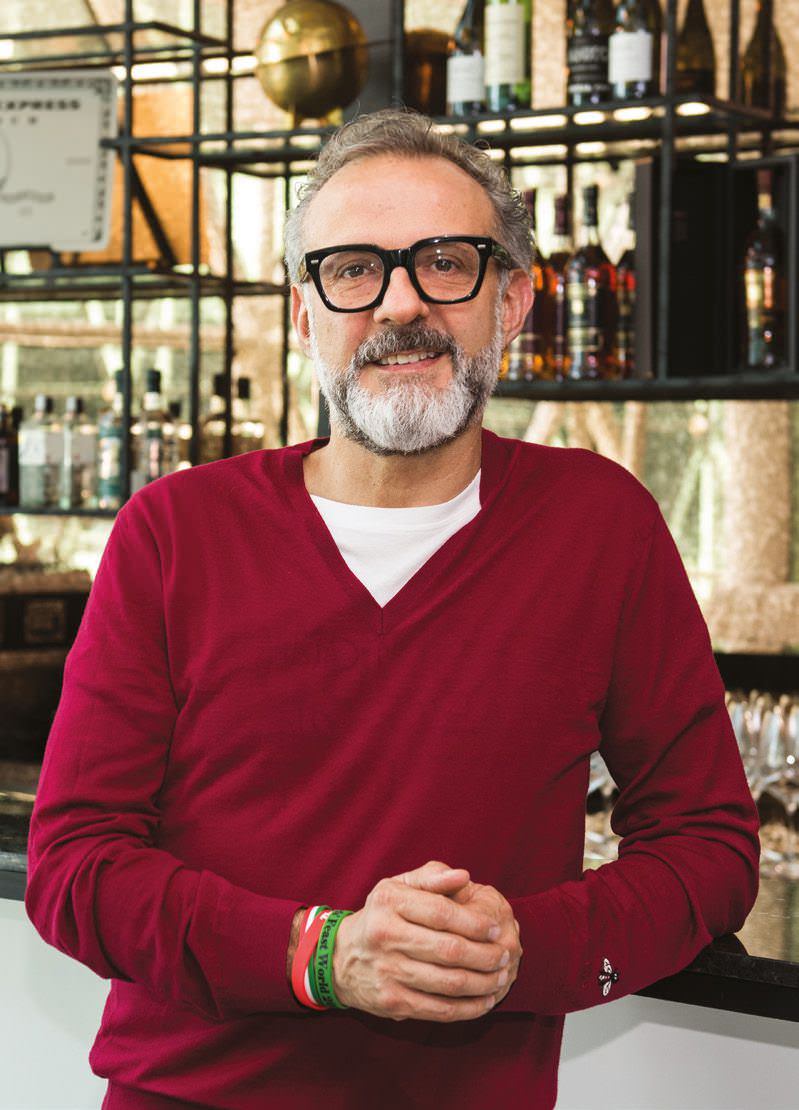 Italian mega-chef Massimo Bottura is on top of the world—and keen to show that cooking is an act of love.

To say that the best dining experiences are no longer about good food alone might sound like a platitude. For the most part it is, but it’s still startling when one of the world’s most influential chefs tells you he doesn’t cook to create good food, but good ideas.

That chef is Massimo Bottura, patron of Osteria Francescana in Modena, Italy, which was crowned this year’s World’s Best Restaurant after first topping the list in 2016. Granted, Bottura has garnered both praise and criticism since opening his restaurant in 1994 in the town where he grew up, mostly for his wildly imaginative reinterpretation of Italian cuisine. But, like others including Spain’s Joan Roca of El Celler de Can Roca, Brazil’s Alex Atala of D.O.M, and Denmark’s René Redzepi of Noma, Bottura’s vision is revolutionising and reinventing the cuisine of his country.

“So you travel from all over the world to eat this kind of food that is totally different from just good food,” says Bottura, as we catch up during a recent visit to Singapore at the invitation of American Express to mark the relaunch of its Platinum Card, which rewards members with one-off dining experiences like this one with the Italian master chef. “Of course it’s amazing food; it has three Michelin stars. But more than that, it’s about eating great ideas.”

For those who have had the opportunity to dine at Francescana, the dishes are undoubtedly contemporary, even playful, but also a little nostalgic. The cuisine isn’t Italian fare as many of us know it, but it’s still relatable. His famously endearing The Crunchy Part of the Lasagna, for example, is a deconstructed ode to his favourite childhood dish, featuring his favourite bits.

“People are travelling [to Franscescana] to eat emotions,” says the charismatic 56-year-old chef. “They don’t need to eat a big pan of lasagne [like the ones] their grandmothers would bring to the table, as it was done 100 years ago. They just need to eat as the kids eat, stealing the crunchy parts— that’s the emotional part, the crunchy part on top of the lasagne.” He adds that when lasagne is prepared for the staff meal, he still rushes to steal the crunchy bits. “They don’t keep it aside for me—I have to go for it.”