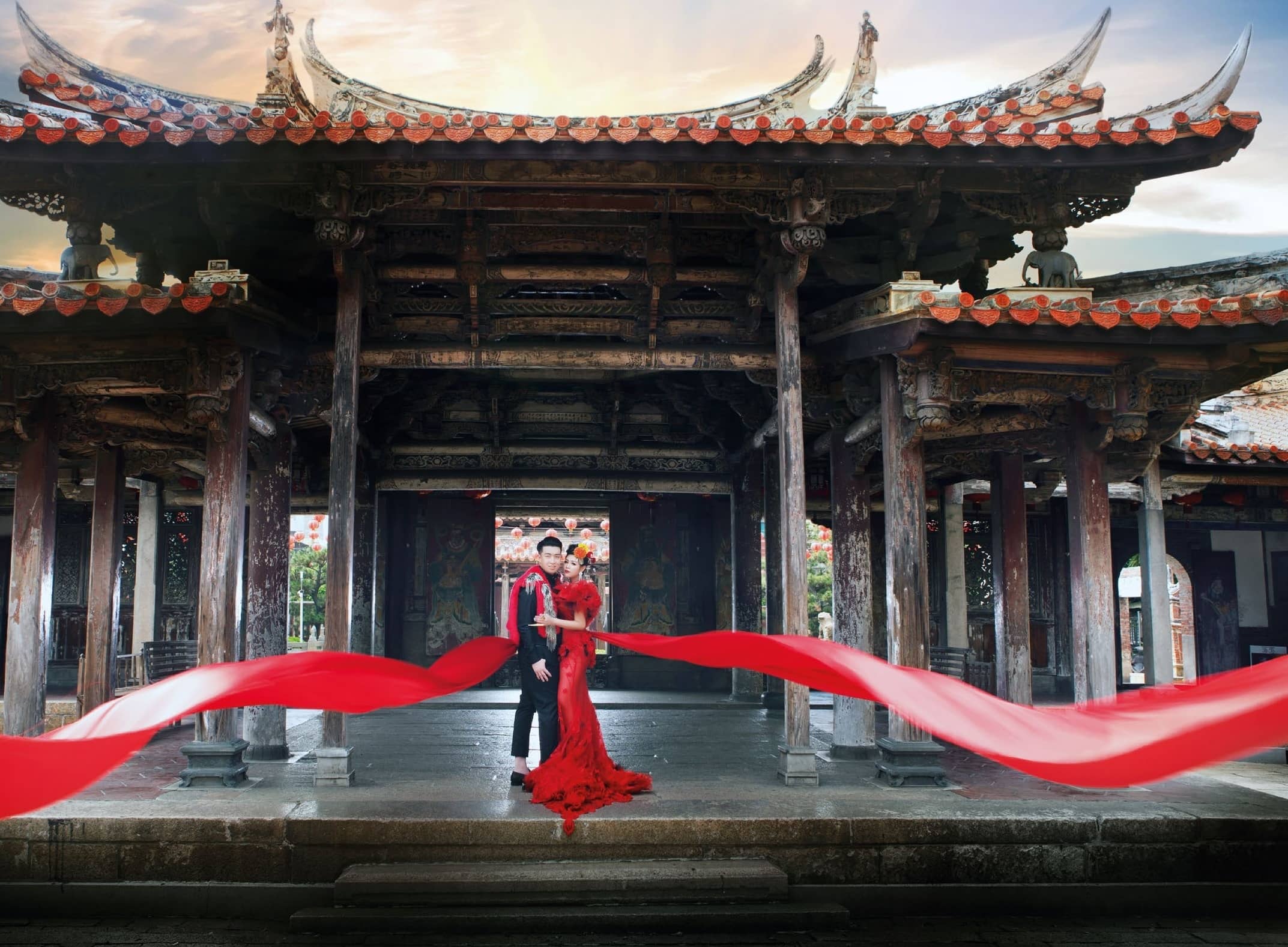 Believe it or not, I never really understood the point of having a pre-wedding shoot, so I initially suggested doing without it. Herman, however, being a traditional type of guy, felt strongly about having one.

I decided that if we were going to have one, then the portraits should reflect our personalities and be something that is out of this world, with plenty of room for creative freedom. There were so many options, but we ultimately decided to go back to our roots and embrace our culture with an oriental-style shoot.