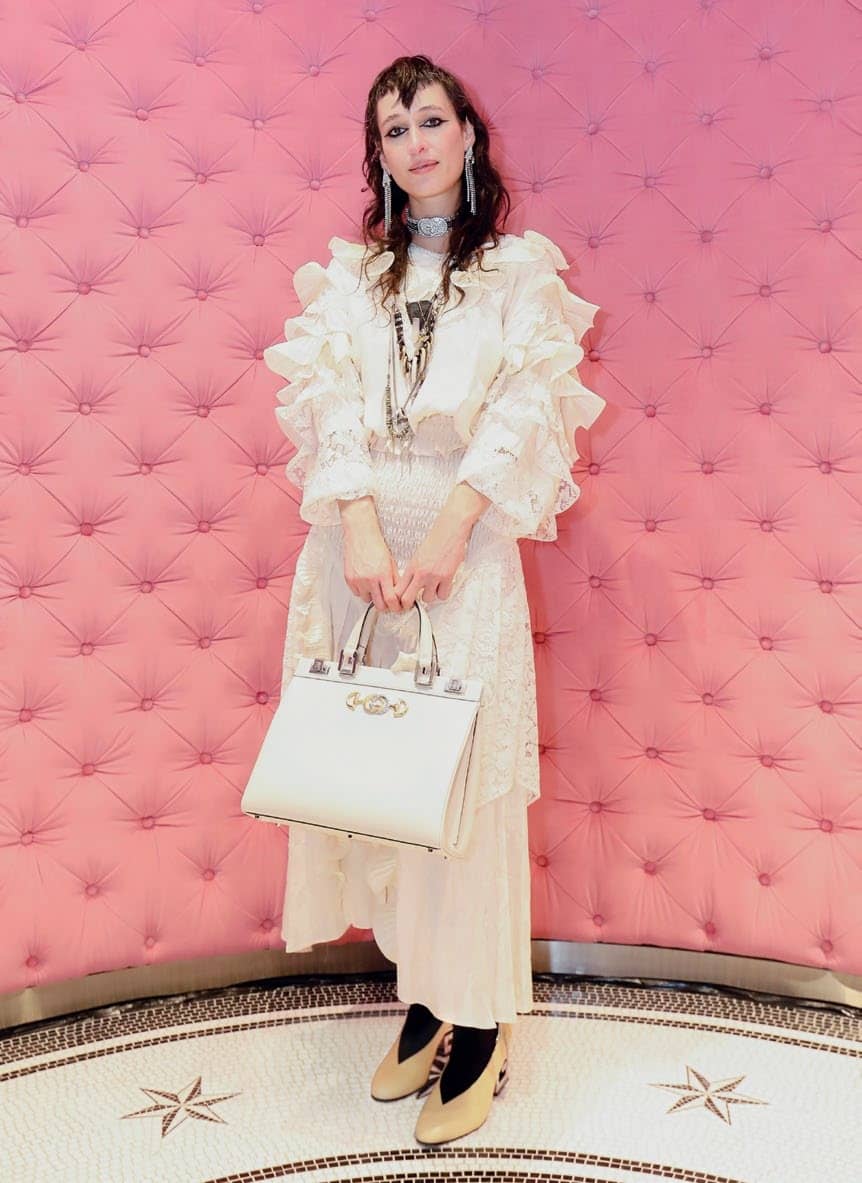 She blazed into the fashion firmament when Gucci launched a bag named after her. But just who is Zumi Rosow?

Zumi Rosow was in the van last year on tour with Atlanta-based garage rock band Black Lips, when she received a phone call from her agency, telling her that Gucci was going to make a bag and name it after her. “I honestly thought I was dreaming; it was so surreal. I started to scream,” she tells BAZAAR. Known in the punk rock milieu as the saxophonist in Black Lips, Rosow also plays in a pop duo called Crush with her boyfriend, guitarist Cole Alexander, acts in experimental films and designs jewellery. Since becoming the muse of Gucci Creative Director Alessandro Michele, her exotic image has been invading the mainstream media.

“When I saw him [Michele] for the first time, my impression was that he was angelic, very attentive, absorbing everything around him, like a beautiful, sweet and enlightened prince,” says Rosow, who designed a piece of jewellery for Michele as thanks for the homage. 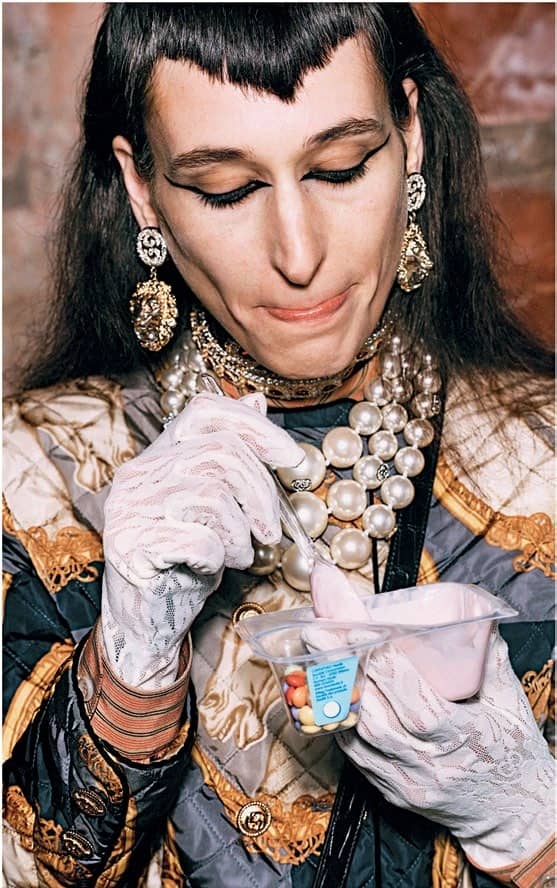