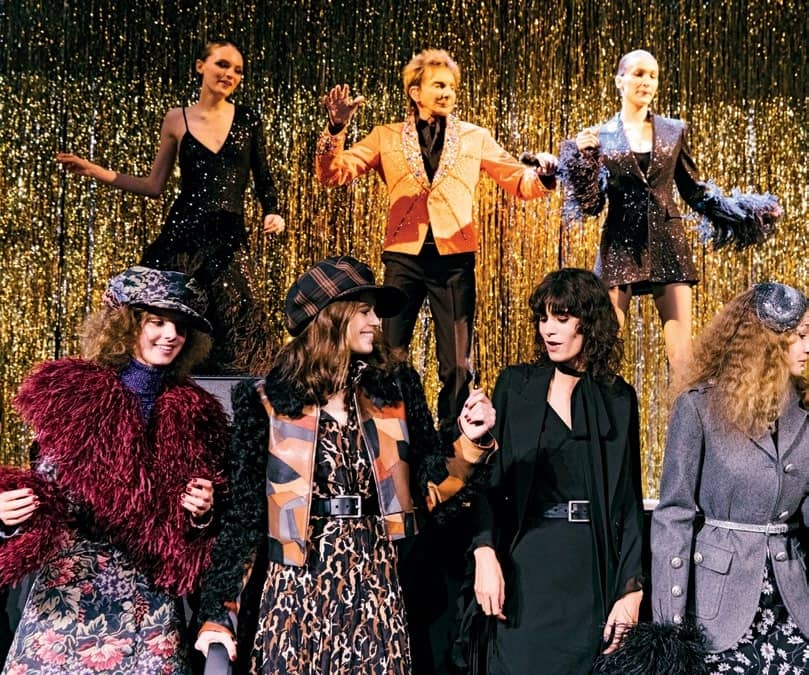 Positivity is what the world needs right now, and Michael Kors is just the man to bring you back in time to do it right.

It was a chilly Wednesday morning in the Big Apple, and anticipation filled the air—word had it that the Michael Kors Collection fall/winter 2019 show had more than a few surprises in store for its guests.

The disco balls hanging overhead gave an inkling that the destination was the ’70s and indeed everyone was transported back to the era of bell-bottoms, fake fur and slinky matte jersey dresses. Models paraded down the runway in feather boas, sequin emblazoned numbers, leather patchwork coats, flashy metallic tailoring and separates adorned with Studio 54 logos.

The immersive journey back to the past seemed to be complete with the appearance of ’70s supermodel and poster girl Patti Hansen. Until the curtains drew back to reveal yet another icon—legendary musician Barry Manilow performing his timeless hit “Copacabana”. The rousing strains of that disco anthem brought the crowd to its feet as Kors, Hansen and model Bella Hadid joined Manilow on stage. 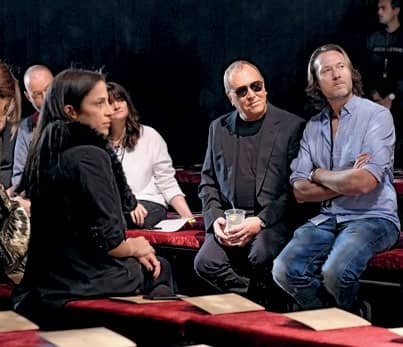