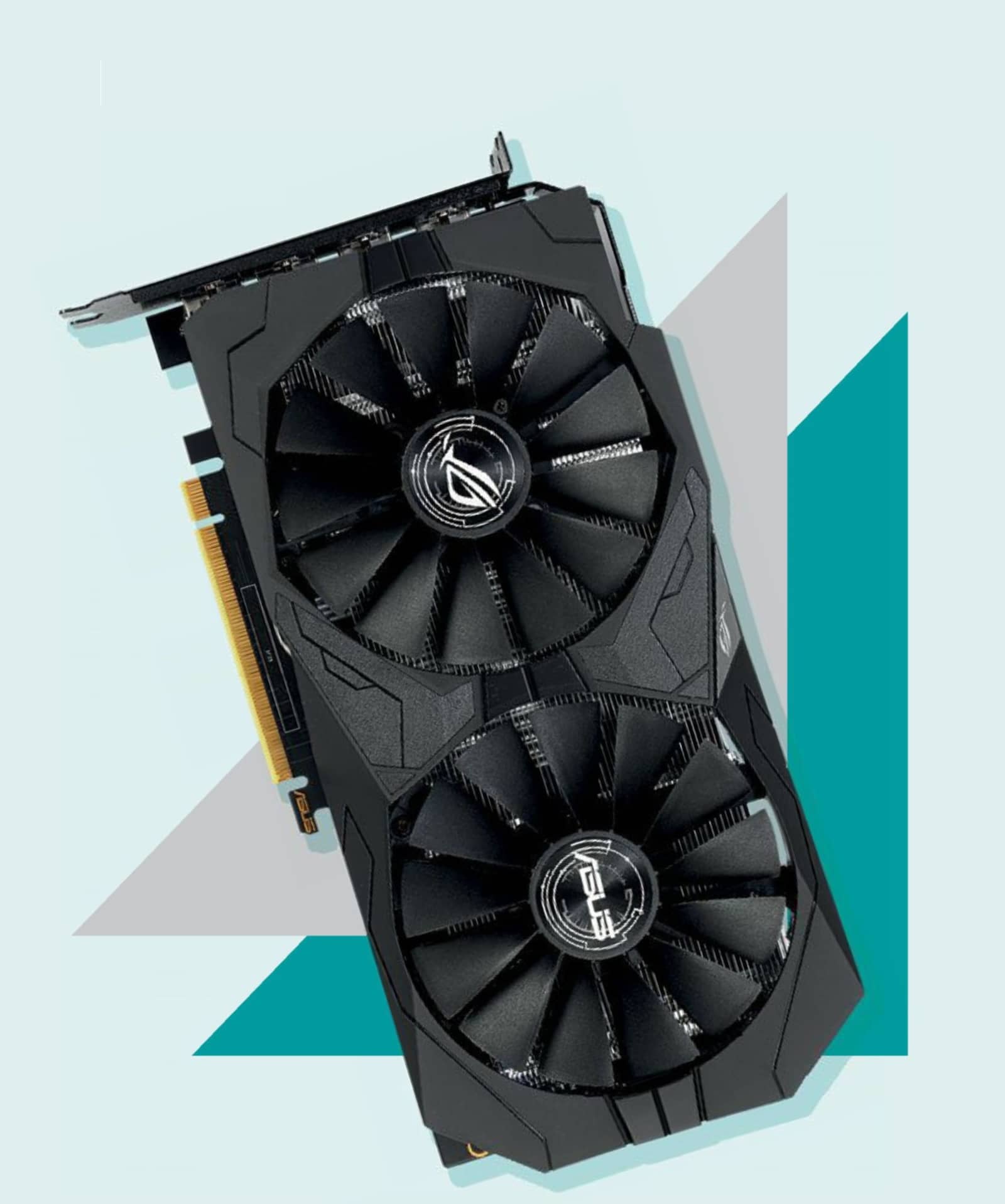 The ASUS ROG Strix GeForce GTX 1650 Gaming OC is a dual-fan model that boasts ASUS’ DirectCU II cooler and IP5X dust resistance. It’s a little on the beefy side for a card with a TDP of just 75W, which is both a good and bad thing. The additional features drive up the price of the card, and while the more robust feature set is certainly nice, the fact remains that it can sometimes push the price of the card outside the budget of its intended audience.

That said, the ROG Strix GeForce GTX 1650 Gaming OC offers much of what ASUS’ other ROG Strix cards do. This includes semipassive fans that will stop spinning when the GPU temperature falls below 55°C, Aura Sync RGB lighting, and a single FanConnect II 4-pin header. There’s a metal backplate as well, which helps protect the PCB and conveys a more premium feel to the card.