It Doesn't Get Better Than This 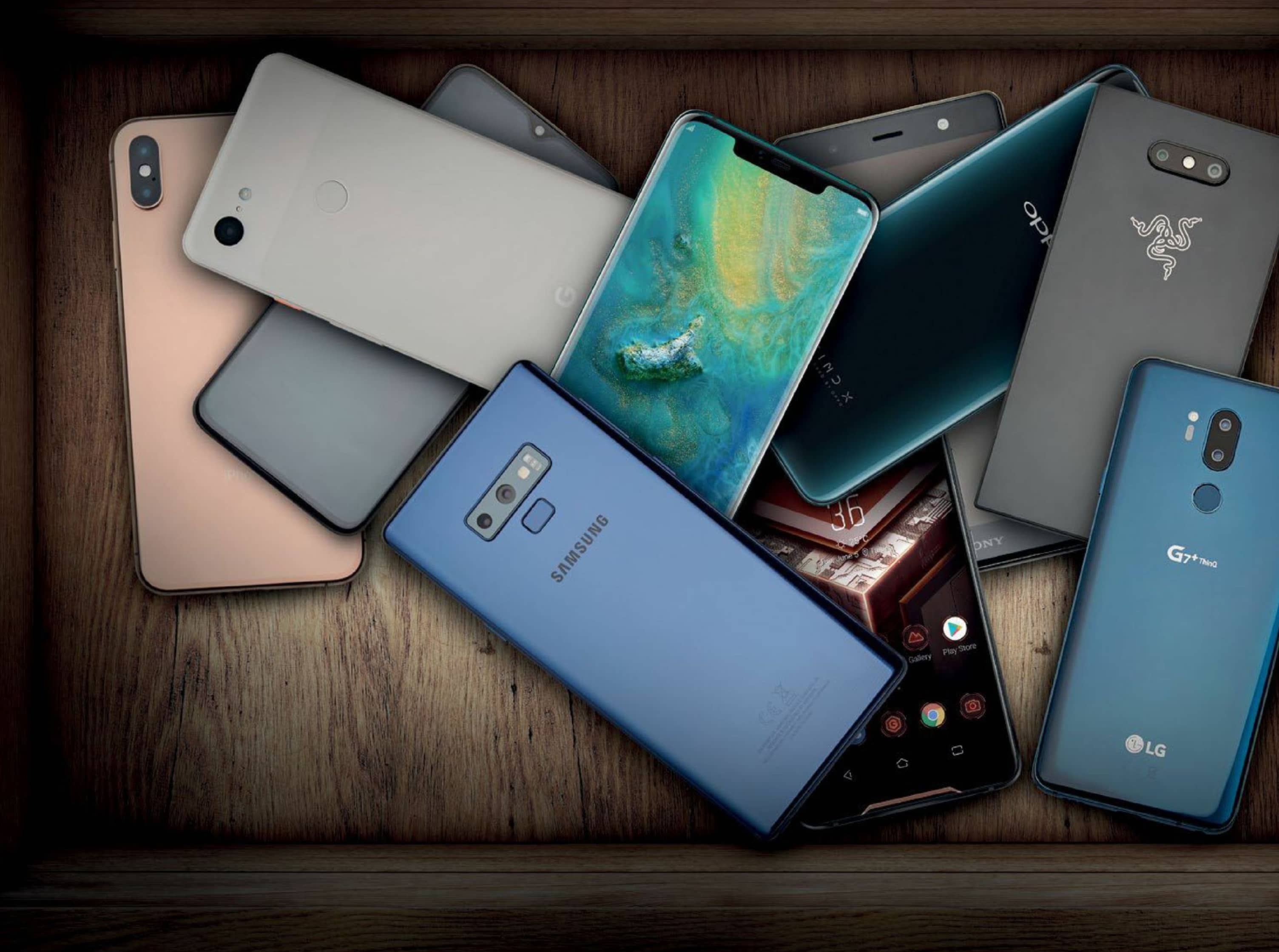 The flagship smartphone market is one of the most competitive consumer spaces out there. It’s the place where manufacturers get to showcase their greatest research and development, and most luxurious designs. These are the best phones of the year. 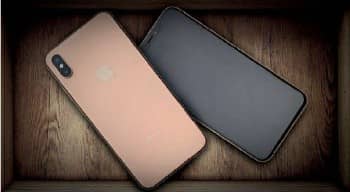 The iPhone XS Max is Apple’s biggest ever smartphone with a massive 6.5-inch AMOLED display. For the most part, it looks like a supersized version of last year’s iPhone X, with a shiny stainless steel frame (in a gorgeous new gold color). Apple also advertises it as having the most durable front and back glass used on any smartphone. Environment resistance is also better and is now IP68 rated.

While the XS Max’s 6.5-inch display makes it sound huge, the phone is actually about the same size and weight as an iPhone 8 Plus. The display itself has a 2,688 x 1,242 pixels resolution (~458ppi) and is practically perfect, with rich colors, deep blacks, excellent contrast, and perfect viewing angles. It is HDR10 and Dolby Vision certifed, with a 60% increased the dynamic range so HDR content looks even better now.

Audio on the XS Max is provided by a stereo speaker setup comprising of one downward firing speaker, and the earpiece doubling up as the second speaker. Sound is impressively loud, with a distinct left-right stereo separation.

Like last year’s X, the XS Max lacks a fingerprint scanner and relies entirely on FaceID for biometric security. While the components are the same, it has been upgraded to be faster than the X.

On the rear of the XS Max there’s a new, bigger 12-megapixel sensor in the wideangle camera that delivers cleaner images in low light. Both rear cameras also boast zero shutter lag thanks to a rolling four-frame buff er that continuously captures images whenever the camera app is open. Inside the XS Max is

Apple’s new A12 Bionic chip, which is one of only two mobile processors currently made on a 7nm process technology (the other is Huawei’s HiSilicon Kirin 980). The A12 Bionic packs a hexa-core CPU, a quad-core GPU, as well as a ‘nextgeneration’ octa-core neural engine for machine learning and AI tasks.

The XS Max has a 3,174mAh battery that supports Qi wireless charging. Technically, it also supports USB Power Delivery fast charging, but not with the bundled charger. 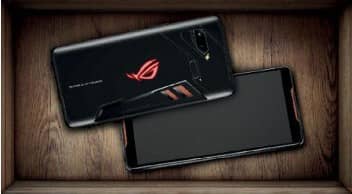 The ROG phone has an aggressive design full of sharp lines and angles, complete with an illuminated programmable ROG logo on the back. It has a 6-inch notched AMOLED display with a 2,160 x 1,080 pixels resolution (402ppi), 18:9 aspect ratio, with HDR support and 108.6 percent coverage of the DCI-P3 color space. For more responsive gaming, it also has a 1ms pixel response time and a 90Hz refresh rate. It isn’t quite as fast as the Razer Phone’s 120Hz Sharp IGZO panel, but it is the fastest smartphone OLED display right now.

The phone has not one, not two, but three USB-C ports designed to be used with its peripherals such as the AeroActive Cooler, as well as to charge more comfortably while gaming in landscape mode. Even with its multitude of open ports, the ROG Phone is still IP68 rated.

Another interesting feature is the presence of three ultrasonic sensors, two on the right (called AirTriggers) and one on the bottom left. They can act as programmable shoulder triggers for gaming, to launch apps or wake the phone. There’s even something called X Mode that’s activated by squeezing the sides of the phone. This kicks the ROG Phone into high gear, optimizing gaming performance by killing background processes and giving games priority for RAM allocation and data transfer.

Just like ASUS ROG PC components, the ROG Phone is overclocked out of the box, using a “speed-binned” Qualcomm Snapdragon 845 at 2.96GHz (they’re usually clocked at 2.8GHz), with a whopping 8GB RAM. To keep everything cool, the ROG Phone employs a unique 3D vapor-chamber cooling system. ASUS claims this off ers 16 times the heat dissipation area compared to regular smartphones.

The battery is no slouch either, with a large 4,000mAh unit that supports QuickCharge 4.0 and Qi wireless charging. 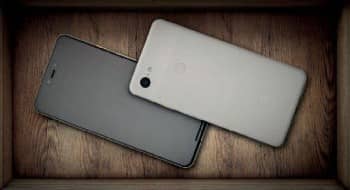 Google has played it fairly safe with the Pixel 3 XL’s design and it mostly resembles last year’s model, with the addition of a new notch in the display. The back of the phone is now entirely glass, but Google has kept the two-tone design element by sanding the bottom two-thirds of the glass panel. Like many other brands, Google has bumped the Pixel 3 XL’s water and dust resistance up to IP68.

The notch is quite narrow, but really tall for no real reason we can discern as the 3 XL doesn’t have advanced front-facing sensors like the iPhone XS Max or Mate 20 Pro. The bottom bezel is also larger than many other “bezel-less” smartphones, making the 3 XL look less-premium in comparison.

While last year’s Pixels were plagued with display issues, the Pixel 3 XL fares much better. The phone’s 6.3-inch P-OLED panel specifically built for the Pixel 3 XL is bright, with natural colors and great contrast. It is certified by the UHD Alliance as a Premium HDR device, but unfortunately, without HDR10 support.

On the rear, the Pixel 3 XL has a single 12.2-megapixel dual-pixel camera. Its marquee feature is Top Shot, which captures a series of frames before and after you hit the shutter button. On-device machine learning then finds the best photos. There’s also AI-powered Super Res Zoom, which takes a burst of photos to create a higher quality image when you use digital zoom. Despite only having a single rear camera, the 3 XL does have a Portrait Mode, using photosites on the sensor to create a depth map, and an AI algorithm to further separate subject from background and apply a lens blur. The end result is quite good, but not as good as multi-lens phones.

The Pixel 3 XL runs on a Qualcomm Snapdragon 845 processor with 4GB RAM, and as with all Pixel phones, stock Android OS. The 3 XL has an exclusive Pixel Launcher, which includes a new gesture control system that is quite similar to the one used by Apple for the XS Max.

The Pixel 3 XL has a 3,430mAh battery that supports fast charging with the bundled 18W power adapter, and has Qi wireless charging support too.